Last week, NASA released a incredibly stunning high resolution photo of the Earth captured by one of the instruments aboard the agency’s National Polar-orbiting Operational Environmental Satellite System Preparatory Project (or NPP). The photo was soon flooded on news stands, media outlets, social networks and blogs, and spread through out the world in all its glory. 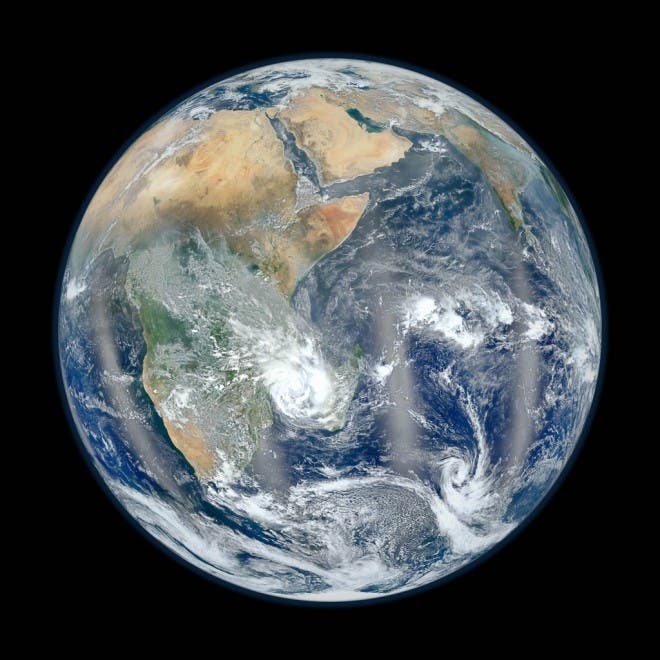 The photo was centered on the western hemisphere, highlighting North and Central America, and now the NPP Suomi satellite is back with another Blue Marble pic, this time from the other side.  The companion image focuses its lends toward the East and and shows Africa, Saudi Arabia and India.

The original Blue Marble photo of the Earth was taken on Dec. 7, 1972, by the crew of the Apollo 17 spacecraft, and rapidly became a photography icon and a reference image for any discussion related to the Earth as a planet. It’s interesting that we’ve become so used to seeing pictures of the Earth that people actually don’t feel anything anymore went seeing it. If you were to show this to someone pre-1960, you would’ve probably see that man simply burst into tears. Just remember that this right here is our home – it may be just another rock in the infinite of space, but its ours.