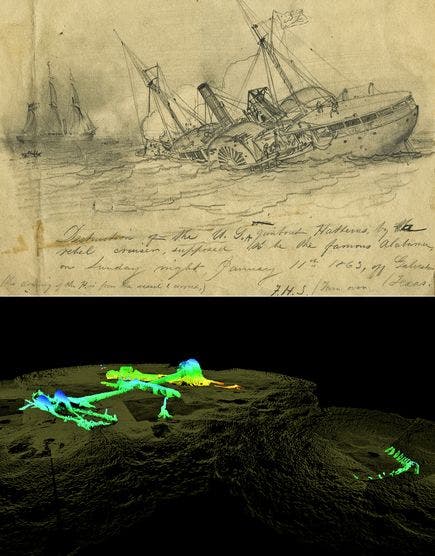 New 3D images have been revealed today, showing the the Civil War-era gunboat U.S.S Hatteras in exquisite detail. The ship sank exactly 150 years ago, on January 11, 1863. It was buried under lots of sand, but recent storms, most notably 2008’s Hurricane Ike have moved the sand off the shipwreck.

Resting under 17 meters of water, the ship was revealed and the shifting sands enabled archaeologists to go in with high-resolution sonars and map newly uncovered parts of the wreck.

The quality of their work is just stunning, almost photographic.

“You literally are giving people virtual access to the incredible museum that sits at the bottom of the sea,” said archaeologist James Delgado, director of maritime heritage for NOAA’s Office of National Marine Sanctuaries.