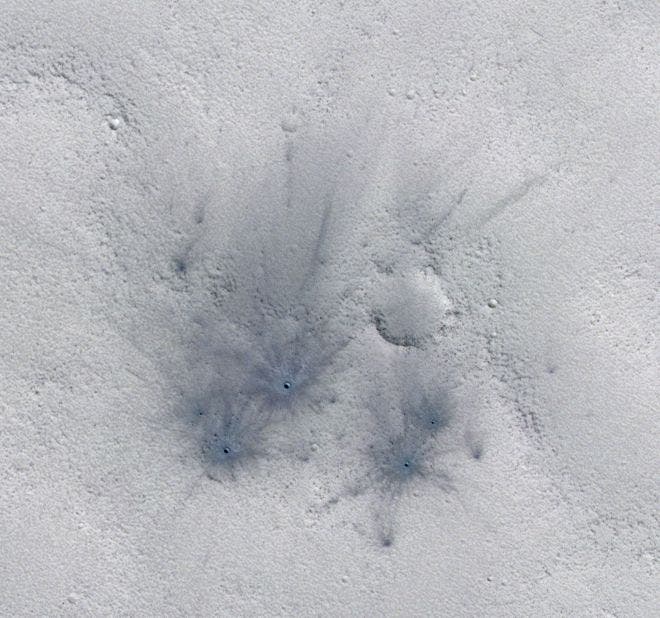 What scientist found were four distinct craters, each ringed with a dark blanket where soil was blasted out in the impact. Scientists believe the craters were actually caused by a single meteorite which broke as multiple pieces as it entered the martian atmosphere.

The MRO helps researchers determine how often Mars gets hit by interplanetary debris by watching the Martian terrain change beneath it. Based on the number of craters, planetary scientists gauge the age of a planet’s surface features.