A soap bubble is a very thin sheet of water sandwiched between two layers of soap molecules. They are an evanescent childish wonder, but also hold some valuable mathematical and physical insights: let’s have a look at the science of soap bubbles.

The air trapped in a soap bubble is under compression. As the air escapes, the bubble would tend to shrink uniformly, but gravity drains the water from the top of the bubble. When the film becomes too thin to support the heavier lower portion, the bubble bursts. However, we all know that’s not the most fun way to burst a bubble. Image via Imgur.

We see them as fun and childish, blowing them around in the summer, but there’s more to them than it seems. Technically, soap bubbles are extremely thin films of soapy water enclosing air that forms a hollow sphere with an iridescent surface. Iridescence means that they change color depending on the angle you see them from, as a result of light interference. But wait, there’s more. 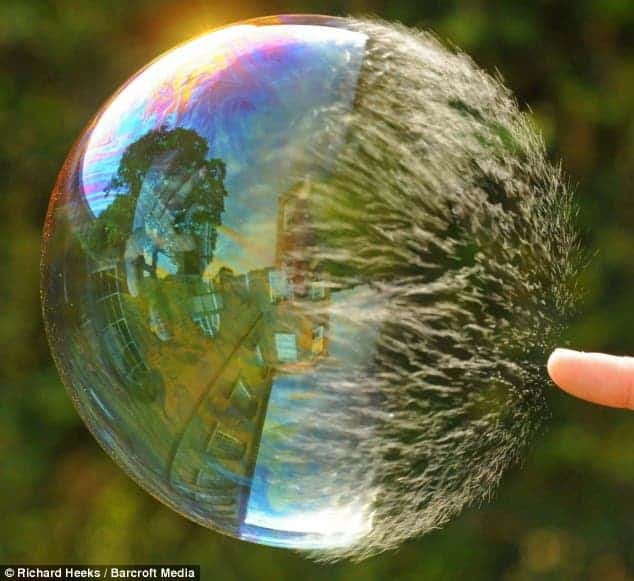 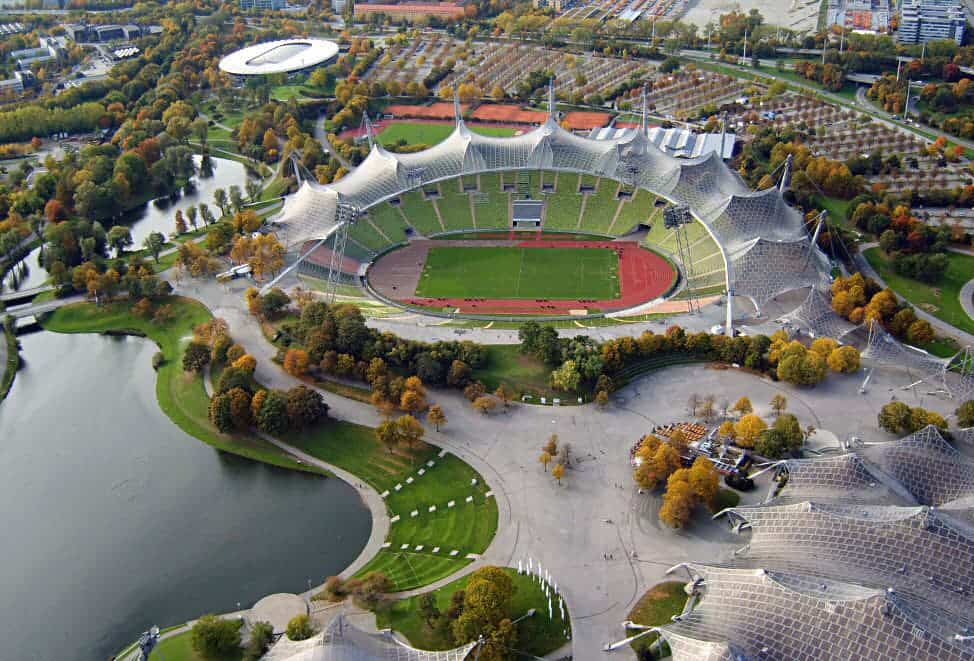 Tensile structures like the one at the Olympic Stadium in Munich were discovered with the help of soap bubbles. Image via Wiki Commons.

Structural engineer Frei Otto used soap bubble films to determine the geometry of a sheet of least surface area that spreads between several points, and translated this geometry into revolutionary tensile roof structures. Soap bubbles can also merge, maintaining the shape with the least surface. If the bubbles are of equal size, their common wall is flat. If they aren’t the same size, their common wall bulges into the larger bubble. There is actually an equation which predicts how two bubbles will merge – the Young-Laplace equation.

The largest free floating soap bubble has a volume of 20.65 m³ (729.25 ft³) and was made using a wand. It was produced by Megan Colby Parker (USA) at Forges Field Recreational Park, Plymouth, Massachusetts, United States, on 27 April 2013. 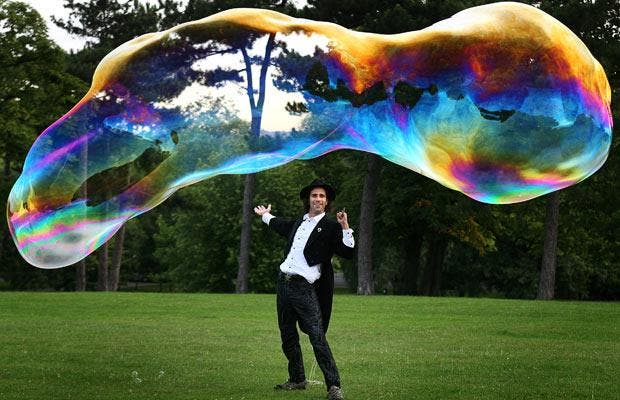 Someone who makes soap bubbles professionally is called a bubbleologist. Here, bubbleologist Samsam Bubbleman blows the world’s largest free-floating soap bubble at the time. His record has been surpassed however in 2013. Image via The Telegraph.

If soap bubbles are blown into extremely low temperatures, they can freeze. The air inside will gradually diffuse out, causing the bubble to crumble under its own weight. At temperatures below about −25 °C (−13 °F), bubbles will freeze in the air and may shatter when hitting the ground. 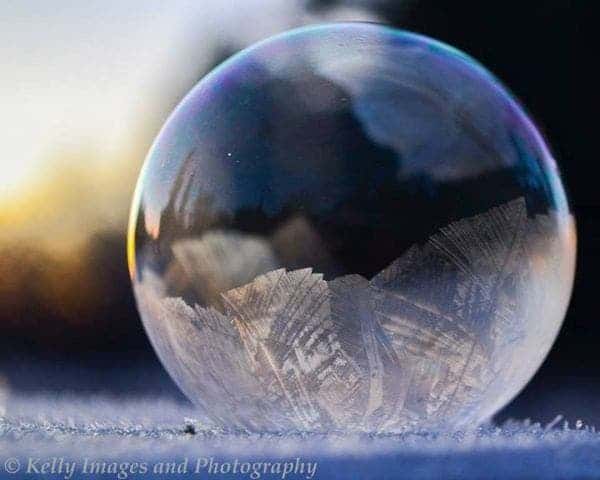 So what about making your own bubbles? That’s really simple: 5 cups of water, half a cup of dish liquid and half a teaspoon of glycerin, sugar or corn syrup (optional). That’s all you need!  If you want something to blow them, all you need is a bubble wand (you can also use a loop of wire to make something bigger). If you want to make bigger, and more solid bubbles, add more glycerin, sugar or corn syrup. Want to make awesome photos of soap bubbles? Try using a diffused light source from the top, and shoot the bubbles against a black background. Here’s what renowned photographer Jason Tozer had to say:

“I’d say the main thing is eliminating extraneous reflections so you only see the beauty of the bubble. The bubbles in my exhibit were taken using a semi opaque perspex/acrylic tunnel with the rest of the room covered in black velvet. I have also found using a long macro lens useful. This allows me to get the camera as far away as possible, reducing the amount of reflection.”

3 thoughts on “The science of soap bubbles [with great pics]”