Swedish company Plantagon is tackling the world’s food problems through ‘agritecture’, a combination of architecture, technology, and agriculture. The first of their projects, a massive vertical greenhouse or “plantscaper”, is set to open in 2020. 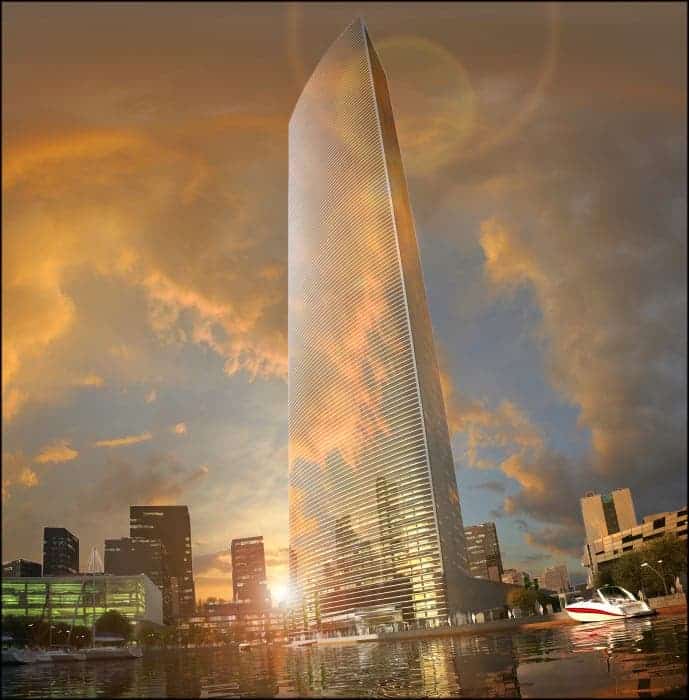 Artist’s concept of a plantscaper.
Image via Plantagon.

There are over 7.5 billion people living today, a number that’s expected to skyrocket to 10 billion in the next 30 or so years. Many researchers, politicians, and members of the public are worried that we’ll see dire shortages in the wake of such spectacular population increases. Perhaps most worryingly of which are the looming threats of food and water scarcity, likely to be compounded by climate change and greater migration towards urban centers.

For many of us, these shortages have yet to make an appearance, and it would be just dandy if things stayed this course. To be blunt, however, for that to happen we’ll need to grow much more food than we do today, and we’ll need to grow it more efficiently, especially in regards to water usage. One Sweedish-based company named Plantagon is working today so we’ll have solid footing when dealing with the issues of tomorrow.

The concept of Plantagon’s vertical greenhouses is the brainchild of Swedish innovator Åke Olsson. A passionate organic farmer, Olsson needed to get more surface out of his croplands. So, he designed a rack transport system which slowly cycles planting boxes from the floor of a vertical greenhouse to its ceiling, so he didn’t have to use any artificial light. Shortly after Plantagon International AB and the Plantagon International Association were founded in 2008, they bought the design from Olsson. 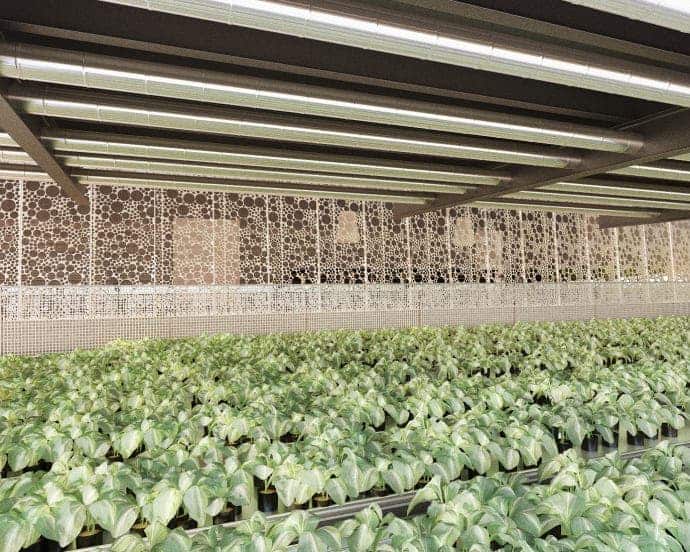 Plantscapers use the same concept but on a much taller scale, mixed in with a hearty helping of hydroponics to keep everything growing. They resemble high-rise office buildings that churn out delicious veggies instead of water cooler conversations and stressful deadlines. The first plantscaper, The World Food Building, is already under construction in Linköping, Sweden. The 16-story building is estimated to cost around $40 million and should be ready to open sometime in 2020.

The WFB’s layout allows for far more output relative to its surface area than a conventional farm. The building is expected to produce about 550 tons of vegetables annually, which according to the company should be enough to feed roughly 5,000 people. The plants will be grown in watery, nutrient-rich substrates. All factors and growing conditions, from water to nutrition, sunlight, temperature, and air quality will be monitored autonomously, to make sure everything is perfect for the plants and that waste is minimized.

Maintenance and harvesting jobs will similarly be performed by autonomous systems, Plantagon CEO Hans Hassle told Business Insider, likely in a bid to keep costs down. Plantagon hopes their autonomous systems and urban setting will lower transportation, production, and energy costs enough to make the ‘scrapers a sustainable solution to feeding the community. Additionally, the building will help save 1000 metric tons of CO2 emissions and 50 million liters of water that a conventional farm uses for the same amount of food.

Of course, these figures will have to be verified after the WFB is completed, and any eventual teething problems are solved. Still, the plantscaper concept does seem to be a hit so far (I admit I’m quite taken as well, I just love buildings with plants). The company is currently in talks to develop plantscrapers in Singapore, the United States, Hong Kong, and Shanghai.

I’d also be curious to see a cross between Plantagon’s concept and a technology such as that of SolarWindow — one producing food, the other electricity. Such buildings could conceivably feed and power cities at the same time.

Until then, will have to wait and see if the plantscraper concept will succeed. I hope it does.