The impact of the first World War is felt everywhere – on a social level, an economic level, and even on the landscape (and don’t even get me started on WWII). The Smithsonian recently published  a collection of some pictures depicting this damage, which we will be sharing here.

You can see the full exhibition in Paris along the iron fence of Luxembourg Gardens and later touring the United Kingdom. The entire exhibition features 79 pictures. 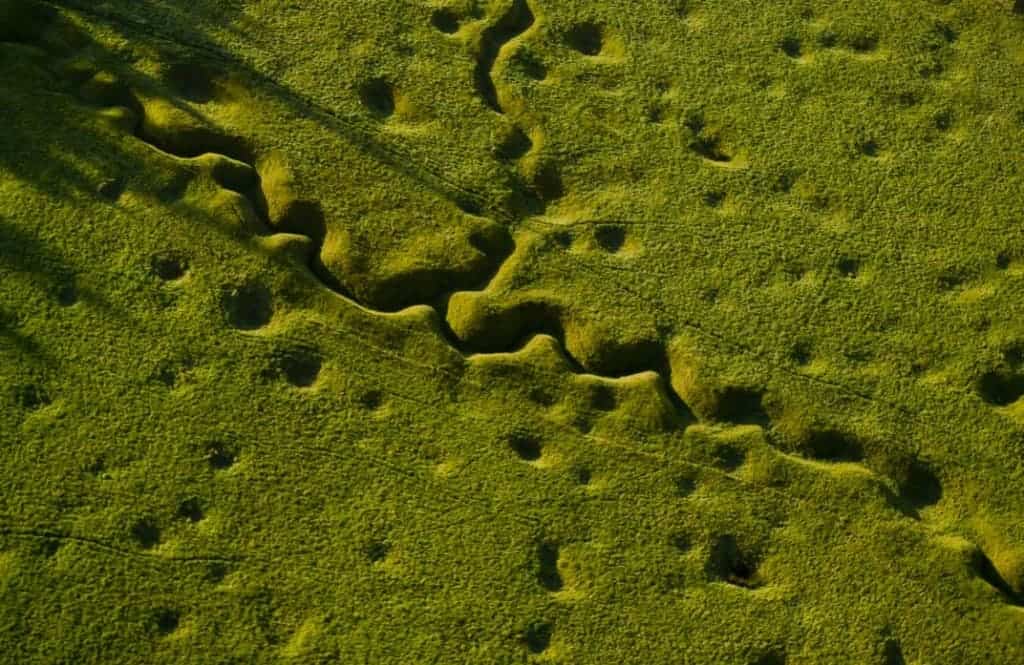 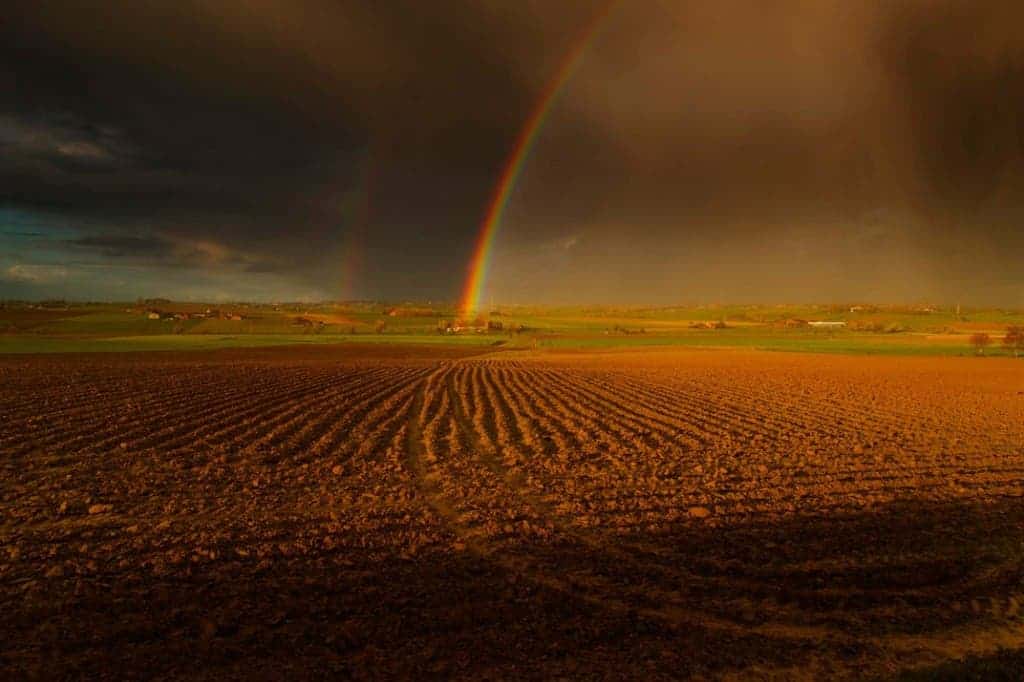 Ten thousand men were killed within seconds when the British exploded 19 mines under German lines during the Battle of Messines in Belgium. (Michael St. Maur Sheil ) 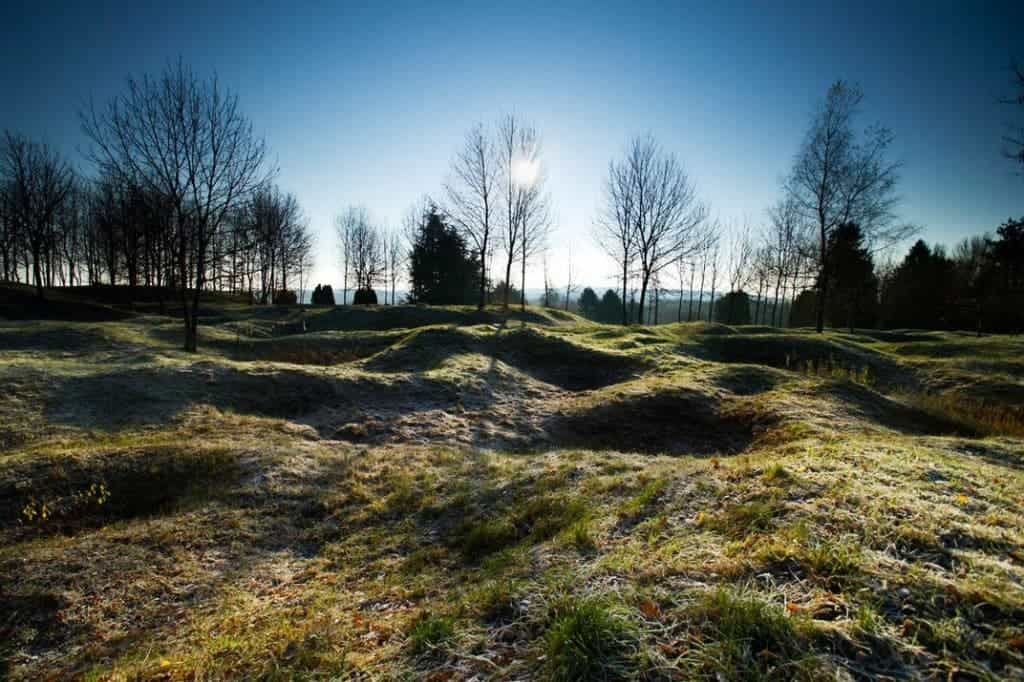 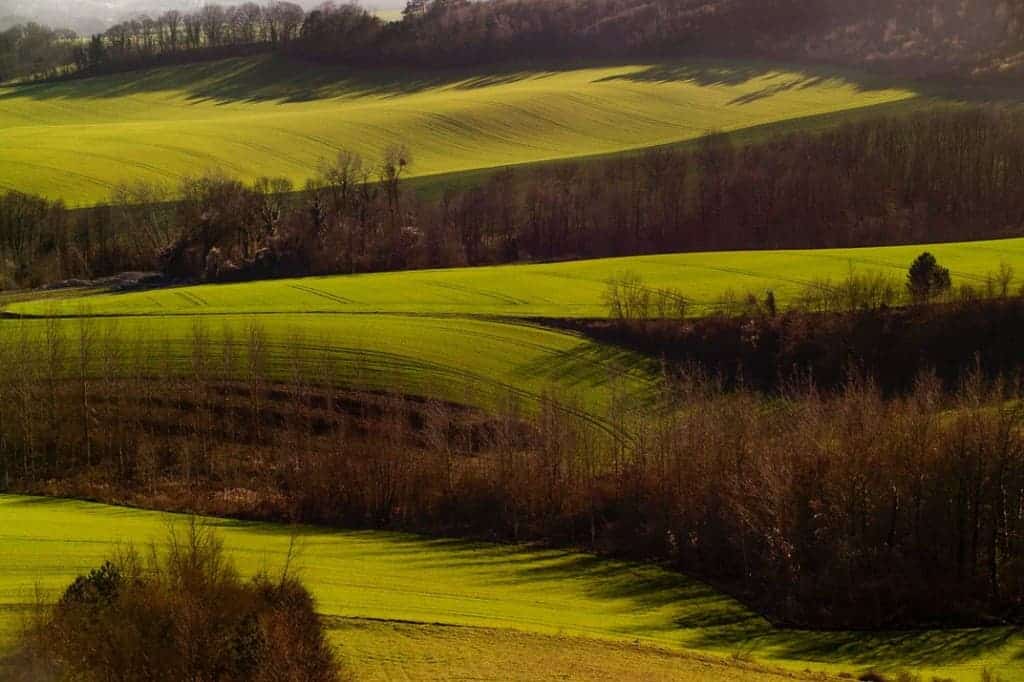 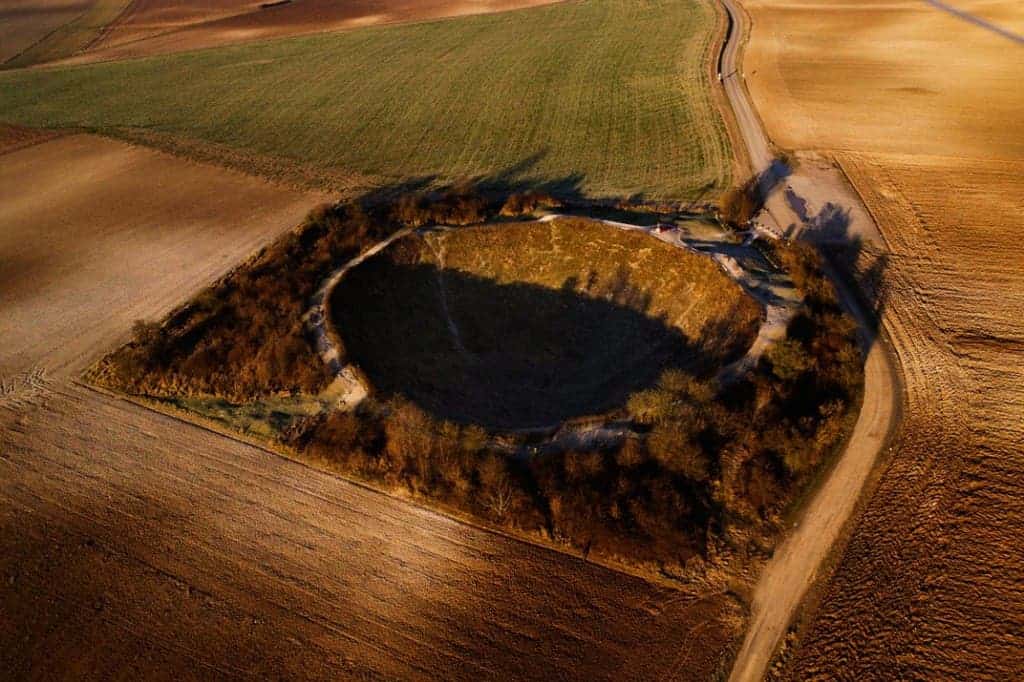 Nearly 70 feet deep, the Lochnagar Crater was formed after an explosive-packed mine was detonated during the Battle of the Somme. (Michael St. Maur Sheil) 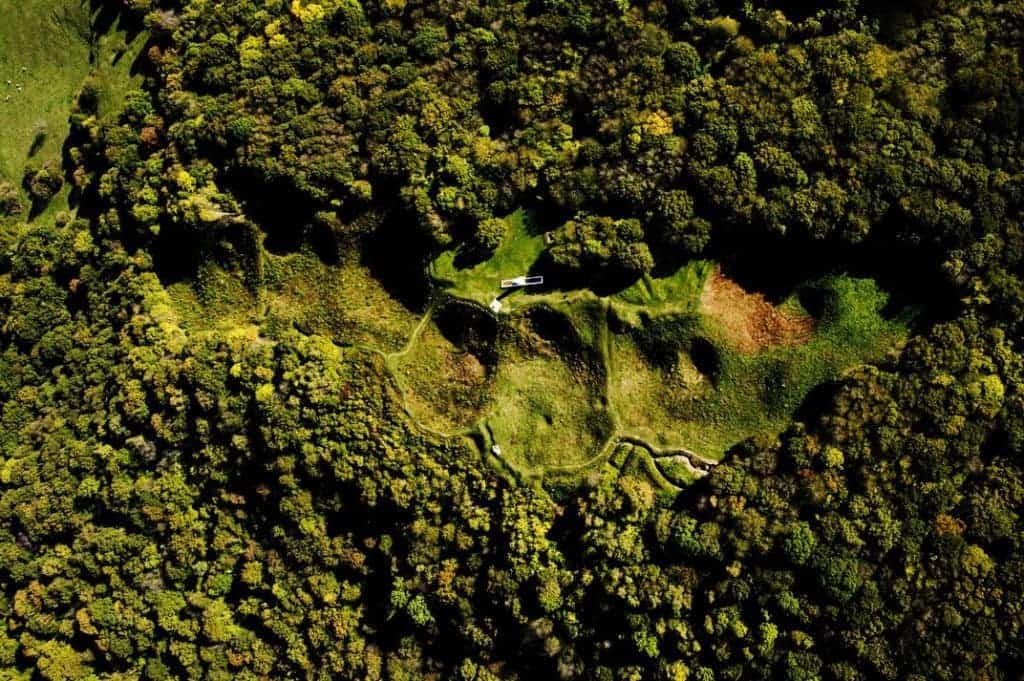 The tiny village of Butte de Vaquois once stood on a hilltop, and was destroyed after three years of furious mining blew away its summit. (Michael St. Maur Sheil) 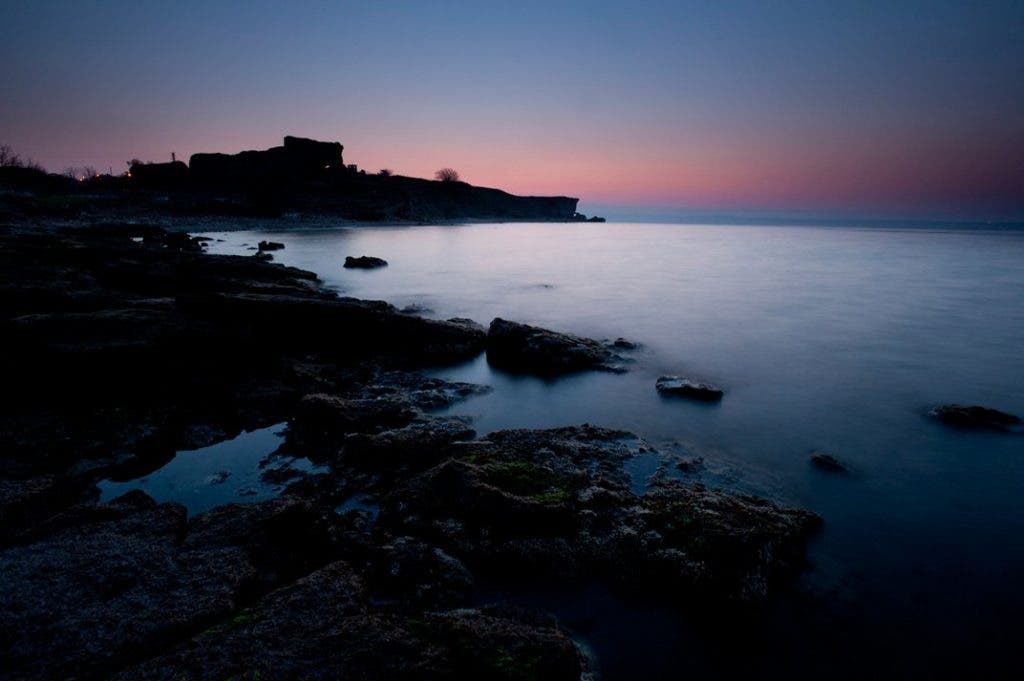 The remains of Sedd el Bahr Kale, an ancient castle, as seen from V Beach, where the Battle of Gallipoli was fought in Turkey. (Michael St. Maur Sheil)