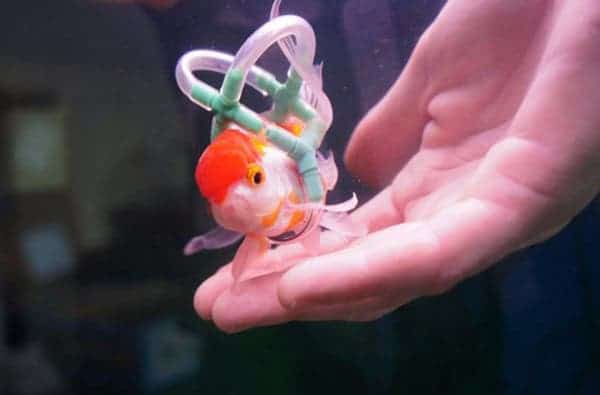 This isn’t a cyborg gold fish from a borg’s aquarium, this little amazing fellow is called Einstein. He unfortunately ended up with a disability caused by a disease that has basically made him useless in water: he can’t swim anymore. Not by itself, at least. Feeling heart broken by seeing his pet fish so helpless, his owner Leighton Naylor, a 32 year-old warehouse worker in Blackpool, UK, made him a life jacket to keep the fish from going belly-up. 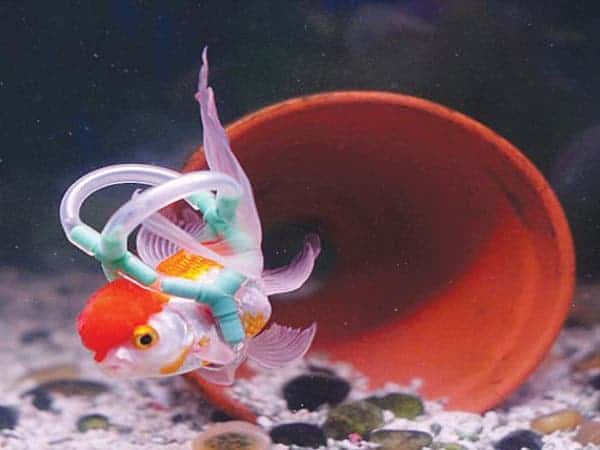 Nothing simpler actually: some recycled tubing to create a buoyancy aid that allowed Einstein to swim around the tank and stopped him from sinking to the bottom of the tank. 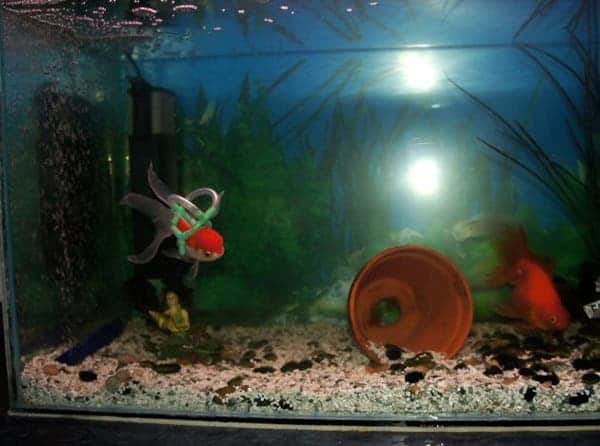 At first, it didn’t really work that well for Einstein, so Naylor made sure to turn the gold-fish’s tank more disability-friendly and he was soon fine afterward. 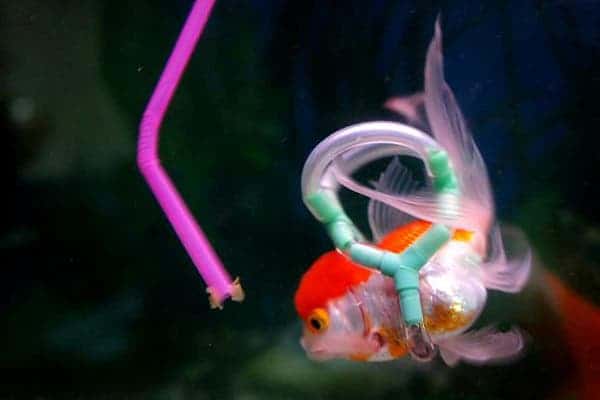 Einstein’s owner display of humanity didn’t end there. Like all handicapped, limitations tend to come in packs, so poor Einstein had trouble feeding the way he regularly used to. No worries, since Naylor passes him his food through a tube that he lowers into the water tank.

“People have said I’m crazy but every animal is a valued family member,” said Mr Naylor.

“I’ve tried to train all of my fish but Einstein’s my star pupil.

“He can swim through my fingers and he was getting into fish football when he fell sick.”