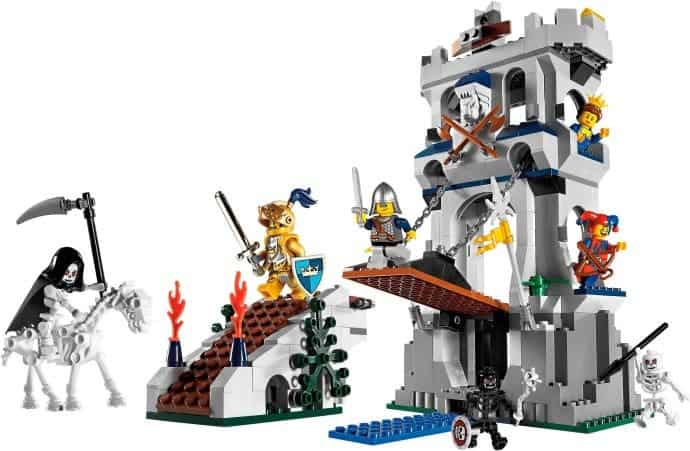 Lego is one of the biggest brands in commerce right now, some claiming it’s more recognizable than Coca Cola or Ferrari. Since its humble beginnings in 1932 when Lego was only a Danish carpentry workshop, the brand has expanded massively foremost thanks to the success of its Lego bricks and iconic yellow smiley faced figurines. And although the last two decades have been very tough financially for Lego, which almost faced bankruptcy, the toy maker remains a household name and is still popular with children despite the market has shifted massively towards digital games and entertainment.

What made it also appealing is that you can build almost anything with Lego, even some pretty cool science experiments. Previously, ZME Science covered a Lego-made nuclear spectrometer model, a worm-brain controlled Lego robot, and even a Lego shuttle which was sent into Earth’s orbit. Certainly, much of Lego’s success lies in this versatility. Along the decades, Lego has released all sorts of sets following themes like Dungeons and Dragons, Star Wars, firefighters, pirates or historical Legos which feature Medival or Colonial era figurines.

While you’ll see a lot of spaceships and weaponry like swords or tiny 18th-century muskets, you’ll definitely won’t ever see military-related Lego toys. Plastic toy soldiers have never gone out of fashion among grade-schoolers, yet adhering to a strict internal policy Lego chose to forfeit some pretty good profits because it doesn’t think war should be seen as child’s play.

In a 2010 Progress Report, the Lego Group explained its stance on toys and weapons on page 26.

“Guideline for weapons and conflict in LEGO experiences”

A large number of LEGO mini figures use weapons and are – assumedly – regularly being charged by each others’ weapons as part of children’s role play. In the LEGO Group, we acknowledge that conflict in play is especially prevalent among 4-9-year-old boys. An inner drive and a need to experiment with their own aggressive feelings in order to learn about other people’s aggressions exist in most children. This, in turn, enables them to handle and recognize conflict in non-play scenarios. As such, the LEGO Group sees conflict play as perfectly acceptable, and an integral part of children’s development.

We also acknowledge children’s well-proven ability to tell play from reality. However, to make sure to maintain the right balance between play and conflict, we have adhered to a set of unwritten rules for several years. In 2010, we have formalized these rules in a guideline for the use of conflict and weapons in LEGO products. The basic aim is to avoid realistic weapons and military equipment that children may recognize from hot spots around the world and to refrain from showing violent or frightening situations when communicating about LEGO products. At the same time, the purpose is for the LEGO brand not to be associated with issues that glorify conflicts and unethical or harmful behavior.

“We have a strict policy regarding military models, and therefore, we do not produce tanks, helicopters, etc. While we always support the men and women who serve their country, we prefer to keep the play experiences we provide for children in the realm of fantasy.”

In the same year, Lego also set out rules and guidelines for the use of weapons in its products. The aim was to avoid any realistic weapons and military themed equipment that children may recognize, as quoted above.