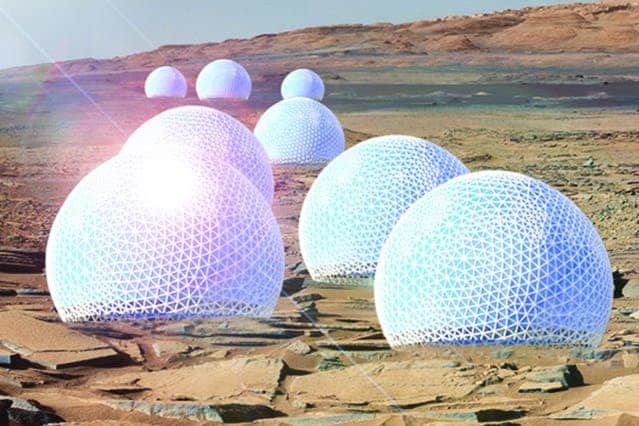 The MIT team won first place for urban design with the Redwood Forest, a series of woodsy habitats enclosed in open, public domes that would reside on the Martian surface. Image credits: Valentina Sumini.

The domes can house as many as 50 people, offering them not only a place to sleep but also open space with plants and water coming from Mars’ Northern Plains. Everything will be built upon a network of underground tunnels called roots, which not only connect different domes but also protect colonizers from cosmic radiation, extreme thermal changes, or micrometeorite impacts.

In total, the domes could host a city of 10,000 colonists. The city will “physically and functionally mimic a forest,” as every dome will manage solar energy and water in a tree-like fashion.

“Every tree habitat in Redwood Forest will collect energy from the sun and use it to process and transport the water throughout the tree, and every tree is designed as a water-rich environment. Water fills the soft cells inside the dome providing protection from radiation, helps manage heat loads, and supplies hydroponic farms for growing fish and greens,” says MIT doctoral student George Lordos, who was also involved with the project. 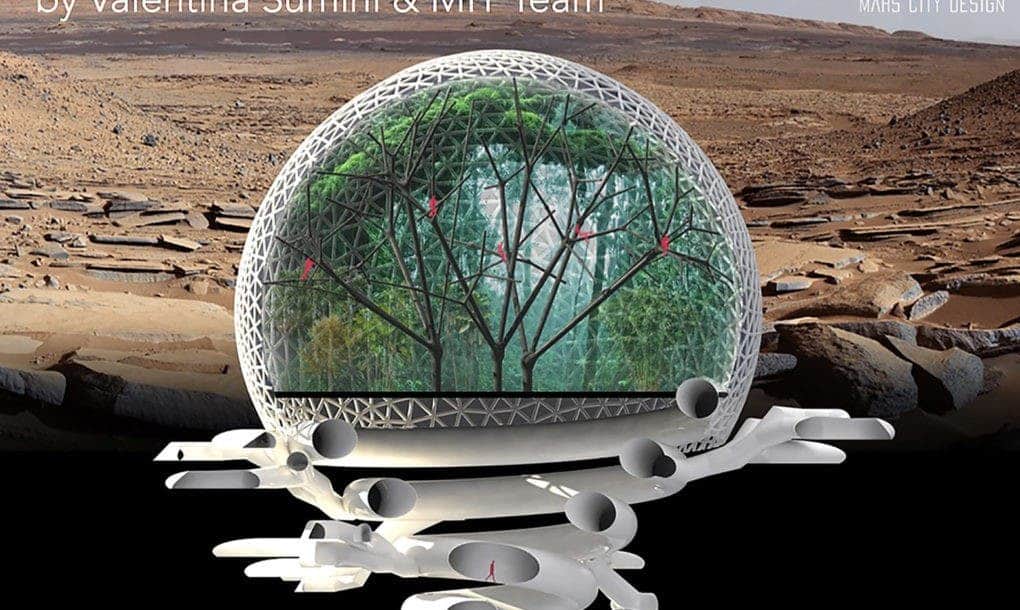 Redwood Forest is filled with domes, or what the team calls tree habitats. Credits: Valentina Sumini.

MIT postdoc Valentina Sumini was the leader of the project. She says that the aim of the project isn’t only to build a functional and sustainable environment, but also one that would be comfortable.

“On Mars, our city will physically and functionally mimic a forest, using local Martian resources such as ice and water, regolith (or soil), and sun to support life. Designing a forest also symbolizes the potential for outward growth as nature spreads across the Martian landscape. Each tree habitat incorporates a branching structural system and an inflated membrane enclosure, anchored by tunneling roots. The design of a habitat can be generated using a computational form-finding and structural optimization workflow developed by the team. The design workflow is parametric, which means that each habitat is unique and contributes to a diverse forest of urban spaces.”

That last part means that similar designs and approaches could also be used for other purposes, including here on Earth. For instance, the tree habitat design could create comfortable working spaces in harsh environments such as the Arctic, barren deserts, or the seafloor. The underground network system could provide easy local transport for electric vehicles, while hydroponic gardening beneath cities could provide fresh fish, fruits, and vegetables with lower land and transportation costs, an idea which is already picking up steam in many cities of the world.