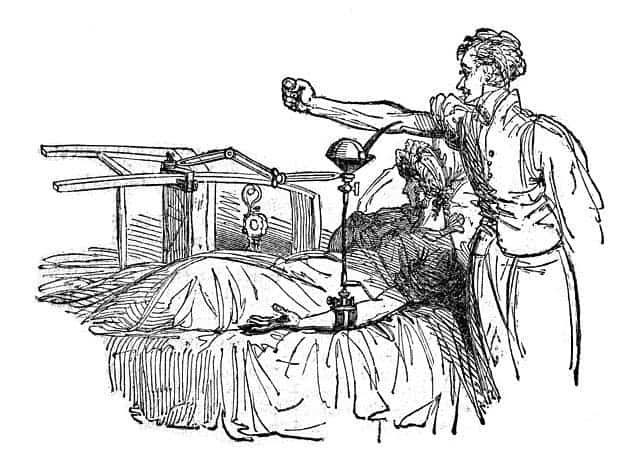 Plasma, the liquid part of blood, has been time and time again shown to have rejuvenating properties when transferred from young to old mice. A group of researchers from a company called Alkahest wanted to investigate whether the same effect held true if human blood was injected into the old mice. Indeed, the effects were much of the same as the young human blood led to improved memory, cognition, and stamina.

Previously, studies showed that plasma can rejuvenate the brain and other organs like the liver, heart, or muscle tissue. This seems to work only when the blood is transferred from the young to the old. If done in reverse, young mice begin to show signs of brain aging.

By now, the dark plot of some vampire movie might come to mind. But the implications of such research go far beyond myth and legend — we could be coming across a holy grail with great impact for the cosmetics and pharmaceutical industries. Our lifespans could be significantly augmented, some researchers believe. But the most meaningful benefits of vampire-like transfusions might be reaped by the chronically ill. People with cancer who resist muscle loss have better chances of survival, for instance.

Since the early 2000s, researchers have been making blood transfusions to study these effects. It seems like a protein called GDF11 found in blood plasma is responsible for the rejuvenating effects, as identified by Harvard researchers in 2012. In both mice and humans, GDF11 falls with age. We don’t know why this happens yet but there are hints that the decline occurs due to growth control mechanisms. We can only hope to learn more once the first human trials involving young-to-old blood transfusions begin.

Sakura Minami and colleagues at Alkahest made a first step in this direction by transfusing the blood taken from 18-year-old humans and injecting them into 12-month-old mice (equivalent to 50 years of age in human years). Prior to the experiment, these elderly mice showed clear signs of aging like poor memory and decreased physical activity.

For three weeks, the mice were injected with human plasma twice a week. At the end of the human plasma treatment, the mice were evaluated by a range of tests. Young, 3-month-old-mice, as well as a elderly mice who did not receive the plasma injection served as the controls and yardstick.

The team found human plasma, though injected in a foreign organism, does have the power to rejuvenate. The plasma-treated mice were far more physically active, running around an open space almost indistinguishably from young mice. Regarding cognition, the treated mice remembered their way around a maze much easier and better than untreated mice. When the brains of these mice were examined, Minami and colleagues found new neurons developed in the hippocampus, a growth process scientists call neurogenesis.

“Young human plasma improves cognition,” says Minami, who presented her findings at the Society for Neuroscience annual meeting in San Diego, California, on Monday. “Their memory was preserved.”

“It’s more or less what we would expect,” says Victoria Bolotina, at Boston University in Massachusetts. “The blood of young people must have something in it that’s important for keeping them young,” she told New Scientist.

At the meeting, Minami said her team had identified several factors from young blood that might be responsible for these effects. Some might cross into the brain while others might act remotely, but she did not share the exact mechanisms. The findings appeared in the journal Nature.

“There’s anecdotal evidence that people experience benefits after blood transfusions,” she says — evidence that might one day translate into anti-aging treatments but also urgent rejuvenation for the most vulnerably ill.

2 thoughts on “Vampires might be on to something: blood from young humans rejuvenates old mice”