A striking new study published in the journal Human Reproduction Update found a drastic drop in both sperm concentration and sperm count among men in the Western world. According to data from 185 studies spanning 1973 to 2011,  the researchers saw a 52.4 percent decline in sperm concentration and a 59.3 percent decline in total sperm counts. Though there’s isn’t any official explanation yet, scientists think this steep decline in sperm count might be caused by exposure to new man-made chemicals like certain pesticides. 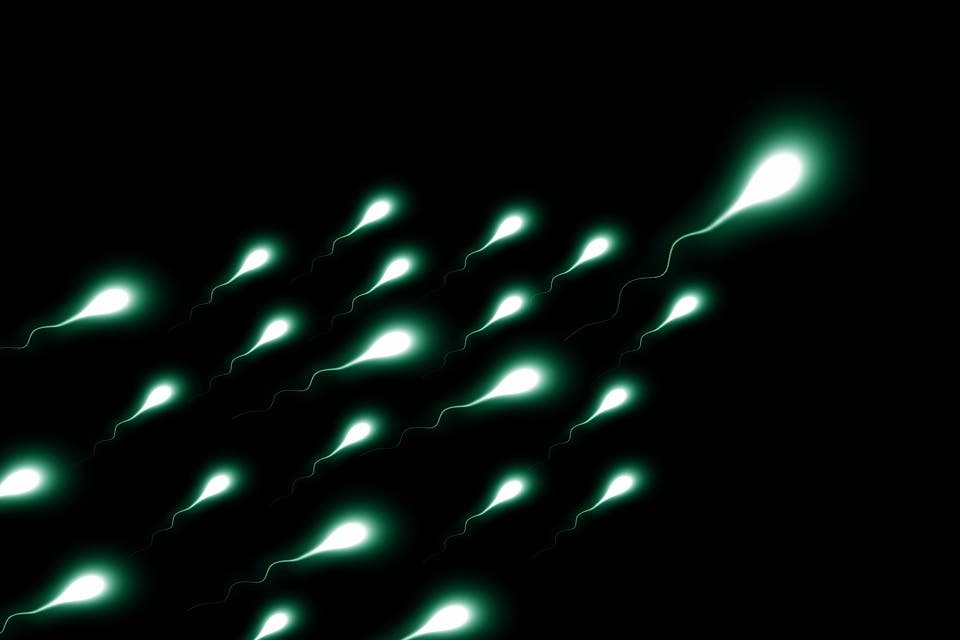 Men’s sperm is not as ‘bright’ as it used to be. Credit: Pixabay.

The study covered men living in North America, Europe, Australia, and New Zealand who saw a steep decline in sperm count and concentration that wasn’t reported elsewhere. However, this may be due to the fact that proper data is less readily available in non-Western countries so it may be that men in Southeast Asia or Africa, for instance, may see similar significant reductions in sperm quality. We just don’t have the data yet.

A man’s fertility generally relies on the quantity and quality of his sperm. If the number of sperm a man ejaculates is low or if the sperm is of a poor quality, it will be difficult, and sometimes impossible, for it to lead to a pregnancy. But though the new findings might sound disturbing — after all, we’re talking about men who now have half as much sperm as they did 50 years ago — significant effects on population growth will only be seen when a significant proportion of the population has very low fertility.

At the same time, given the significant public health risks, the findings warrant urgent research. Previously, studies found that sperm count is related to increased morbidity and mortality, besides the obvious problems relating to fertility. Already, the fraction of men whose sperm counts are below the threshold for subfertility or infertility is increasing. 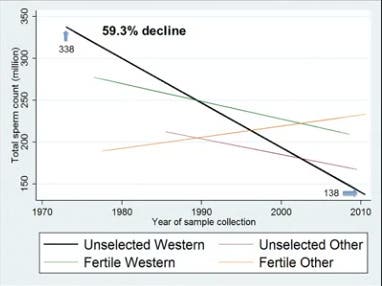 According to lead researcher Hagai Levine, an epidemiologist and public health physician at the Hebrew University-Hadassah, we don’t yet know for sure what caused this steep drop in sperm. We do know, however, that endocrine disruptor exposure in utero, such as stress or smoking while the mother is pregnant, can harm the male’s fertility potential. It’s far more likely, however, that exposure later in life from man-made chemicals like pesticides or the effects of obesity cause such a pronounced effect.

“One possible explanation is that men residing in Western countries over the last decades were exposed to new man-made chemicals during their life course, and there is more and more evidence that these chemicals hurt their reproductive function. We also need local knowledge regarding exposure and effects. For example, I am studying pesticides exposure and male fertility in Israel, as pesticides exposure is common,” Levine told ResearchGate.

Nobody knows if this trend will continue on its descending path. One could argue that at some point the existence of our whole species could be threatened if sperm count drops at its current rate. The truth is we don’t know much yet. We just know things are bad right now and more urgent research is required to get to the bottom of things before it might be too late.