A study on six million adults in Canada indicated that living next to a crowded motorway or highway raises dementia risk by 7 percent. 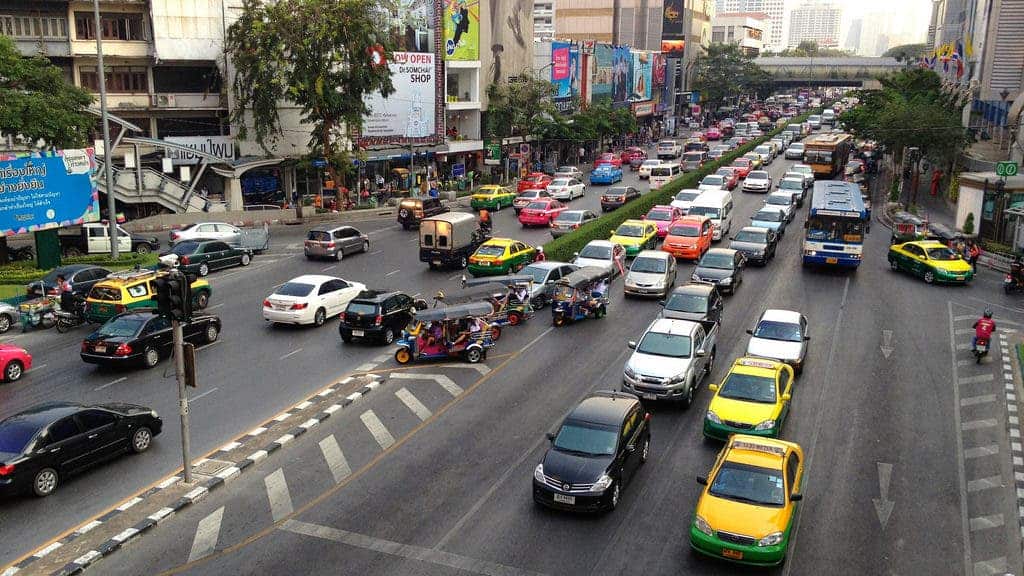 Bangkok, Thailand, is a city notorious for its traffic. Image credits: David McKelvey.19

Main roads are often unpleasant. They’re noisy, crowded, and smelly. A new study wanted to quantify the effect that roads have on our mental health. It concluded that people whose homes were within 50 metres of heavy traffic had a 7 per cent higher risk of developing dementia than those living at 300 meters or more.

“Our findings show the closer you live to roads with heavy day-to-day traffic, the greater the risk of developing dementia,” says Hong Chen, at Public Health Ontario, who led the study. “With our widespread exposure to traffic and the greater tendency for people to live in cities these days, this has serious public health implications.”

The study doesn’t explain why this happens, although researchers highlight the connection between nitrogen dioxide and fine particulates (two components of air pollution) and dementia. Still, the main cause remains a matter of debate. Is it the traffic itself that’s causing the problems, or is some other factor – associated or independent – to blame?

“This study has identified major roads and air pollutants from traffic as possible risk factors for dementia, a finding which will need further investigation before any firm conclusions can be drawn about the relative risks of air pollutants for dementia versus other risks such as smoking, lack of exercise, or being overweight,” says David Reynolds, at the charity Alzheimer’s Research UK.