A while ago, ZME Science reported on some mind blowing research in which dogs were trained to literally sniff lung and breast cancer from samples. The dog’s detection accuracy was between 90% and 95% for breast and lung cancer, respectively, compared to biopsy results. Recently, a collaborative team of researchers from University of Liverpool and the University of the West of England (UWE) in Bristol developed a device called the “Odoreader” that can accurately detect bladder cancer by detecting specific volatile molecules found in the odor of urine, akin to an artificial dog’s nose. What’s exciting is that the procedure isn’t intrusive, opposed to biopsies, and the cancer can be detected in its early stages. 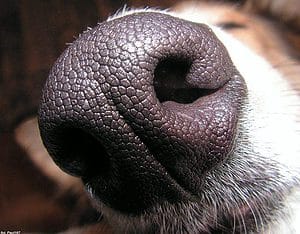 The new device developed by UK scientists works akin to a dog’s nose to sniff out cancer in the odor of urine.

Bladder cancer only forms in tissues of the bladder – the organ responsible for storing urine. According to cancer.gov, in the US some 72,750 patients are expected to be diagnosed with bladder cancer in 2013, with an estimated 15,210 succumbing to the disease. Unlike other types of cancer, bladder cancer  has few reliable biomarkers – disease specific chemical or protein signatures – that can be used for detection. As such, most of the diagnoses are made in the disease’s later stage, making treatment more difficult and increasing the chance of fatality to the disease. If detected earlier on, however, there are currently some treatments, like the transurethral resection procedure, which yield a 94% five-year survival rate. However, the disease recurs in approximately 50-70% of patients and these require follow-up procedures.

“It is a disease that, if caught early, can be treated effectively, but unfortunately we do not have any early screening methods other than diagnosis through urine tests at the stage when it starts to become a problem,” says study author Chris Probert, from Liverpool’s Institute of Translational Medicine.

With this context in mind, it’s now clear how important a simple device and non-intrusive device like the “Odoreader” can be. It works through a combination of gas chromatography (GC) and a sensor system to detect volatile organic compounds (VOC). Cancer cells release different, specific VOCs than normal cells, and by this principle the device can infer detection. Evidence supporting this showed formaldehyde levels from urine were higher in men with prostate cancer than those without cancer.

For the clinical test, the researchers used 98 samples of urine from men, 24 known to have bladder cancer and 74 with bladder-related problems but no cancer. A promising accuracy of over 90% was witnessed, which makes it more reliable than other non-intrusive techniques for diagnosis like hematuria (blood in urine) dipstick, NMP22 and UroVysion. Still, work on a much larger sample is required. If indeed the researchers’ approach is proven to be reliable, the device might be miniaturized and manufactured cheaply enough for easy, out-of-the-box tests that men can perform at home.

The pilot study was documented in a paper published in the journal PLOS One.