A team of researchers from the Northwestern University Feinberg School of Medicine and McCormick School of Engineering has developed a process to create for fully-organic, 3D-printed ovarian bioprosthesis. Trials on mice showed that females implanted with the ovary could ovulate normally, even give birth to healthy pups and successfully nurse them, the team reports. 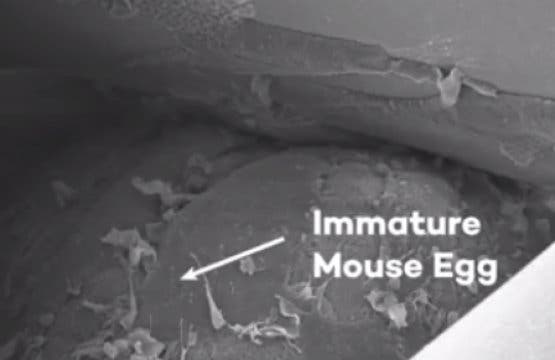 The research stands out in regards to the prosthesis’ architecture and of the team’s choice of ‘ink’. They used gelatin, a hydrogel made from processed collagen, to create a scaffold-like structure which is safe to use in living organisms. Gelatin is a lot more resilient than other hydrogels, meaning the prosthetics can be made porous while staying hardy enough to be handled during surgery.

“We found a gelatin temperature that allows it to be self-supporting, not collapse, and lead to building multiple layers. No one else has been able to print gelatin with such well-defined and self-supported geometry,” said Ramille Shah, assistant professor of materials science and engineering at McCormick and of surgery at Feinberg.

That porosity is a critical element for a functioning ovarian replacement. The team was the first to show that the hormone-producing cells of the ovaries, called follicles, the same cells which surround and care for immature eggs/ova, have a much better chance of surviving in a scaffolding-like structure than on a solid platform. 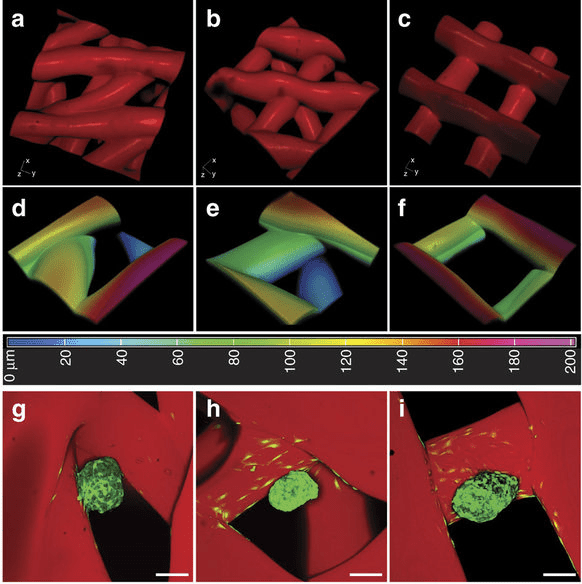 Creating the prosthetics is similar to building a house of logs, said Alexandra Rutz, co-lead author of the study and a former biomedical engineering graduate fellow in Shah’s Tissue Engineering and Additive Manufacturing (TEAM) lab at the Simpson Querrey Institute. You lay the logs at right angles to form the overall structure, and simply leave more space between them when you want a window or a door. Similarly, the printer lays down filament-like structures. By altering the distance between them as well as the angle between successive layers, the team can create any arrangement of pores of variable sizes.

They designed this prosthetic based on the structure of the “ovary skeleton”, and liken it to the scaffolding that surrounds buildings undergoing repairs or those still under construction. But unlike traditional scaffolding, it’s meant to be permanent. The prosthetic is meant to be implanted into a female, where it will promote and guide the development of new follicles, and then keep these cells and the developing eggs safe and happy to boost their effectiveness. Because the prosthetic is mostly open space, there’s enough room for blood vessels to grow and shuttle hormones and nutrients to and from the rest of the body. It also ensures there’s enough space for eggs (which are some of the largest single human cells at 0.12 millimeters) to mature in.

The bioprosthetic scaffolding should help restore fertility and normalize hormone production for women who risk infertility and hormone-associated developmental issues following childhood or adult cancer treatments. Some patients’ ovaries can partially or completely shut down following treatment and need to undergo hormone replacement therapies to maintain a normal developmental pattern — such as triggering puberty, for example. The prosthetics should offer an alternative long-term treatment for these patients, who didn’t have any alternative apart from ovarian transplants (usually from cadavers) address their condition until now.

“The purpose of this scaffold is to recapitulate how an ovary would function. We’re thinking big picture, meaning every stage of the girl’s life, so puberty through adulthood to a natural menopause,” said Monica Laronda, co-lead author of the paper.