A new extensive report carried out by the Centers for Disease Control and Prevention (CDC) found approximately 1 in 8 Americans with human immunodeficiency disease (HIV) are unaware of their condition. Overall, that means  14 percent of undiagnosed cases among 1.2 million patients with HIV in the US. An undiagnosed population is the prime contributor to the spread of the disease. Clearly, there’s much room for improvement. 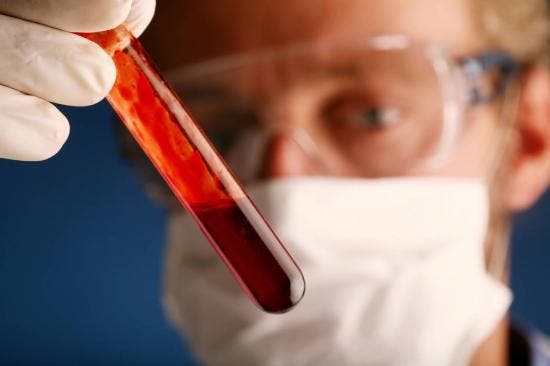 The report’s authors used data from the National HIV Surveillance System which collected data on HIV positive individuals living in all 50 states and the District of Columbia. The focus was on diagnoses between 2008 and 2012. To come up with raw estimates of people infected with HIV, but unaware of this condition, the authors first estimated the total number of infections. From that they subtracted the estimated percentage of diagnosis to learn the percentage of undiagnosed cases of HIV. There were also important limitations, however. For one, people often move from state to state which means their entry in the National HIV Surveillance System is updated later. Secondly, different states carried their own HIV reporting protocols so for the report the authors had to make data adjustments. So, while the results are stable, we should not lose track of the fact that the findings bear slight inaccuracies.

Results varied by jurisdiction. Colorado, Connecticut, Delaware, Hawaii, and New York were the states which most complied with the National HIV/AIDS Strategy target of making 90 percent of the HIV infected patients aware of their serological condition. On the other end, the lowest rate of HIV diagnosis awareness is Louisiana, with only 77 percent of the total HIV-infected population are well aware about their disease. Nationwide,  87 percent of US citizens are aware of their HIV diagnosis. 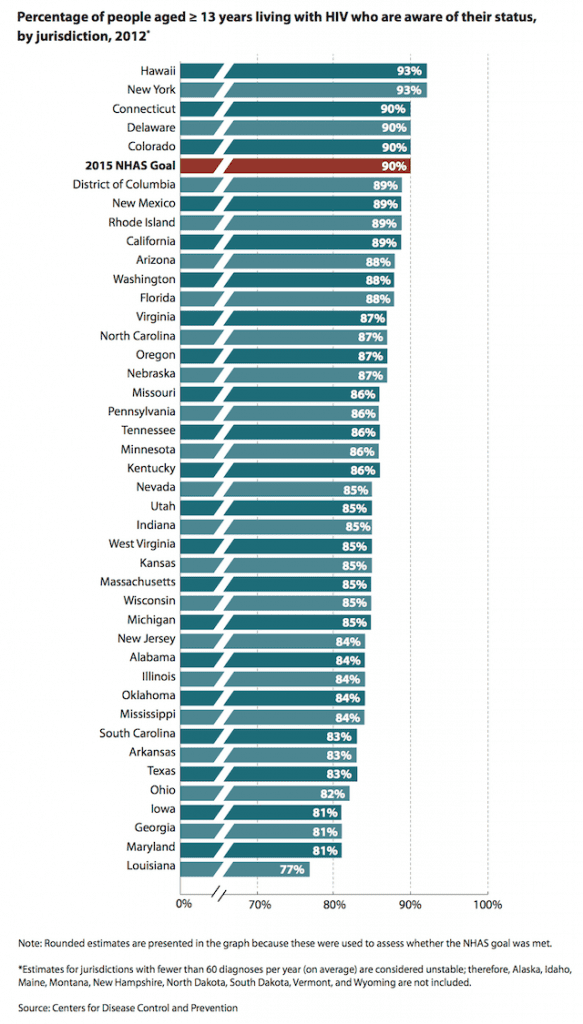 More than 90 percent of new HIV infections in the United States could have been prevented by testing and by ensuring people who are positive receive prompt care.

The CDC advises all adults to run an HIV test at least once. Those living in vulnerable, high-risk areas are advised to perform the check at least once a year. Incidentally, tomorrow is June 27,  National HIV testing day. Seems like a good a time as any to do that test.