The retina is extremely important for vision. It processes light and sends all visual information to the brain through the optic nerve. Therefore, it’s very serious when the retina detaches from its normal position; the eye can’t function, and it can result in permanent blindness. To fix the problem, the retina needs to be repositioned to the back of the eye as soon as possible. Vitreous, the gel-like substance that fills the space between the retina and the lens needs to be replaced during this surgery. 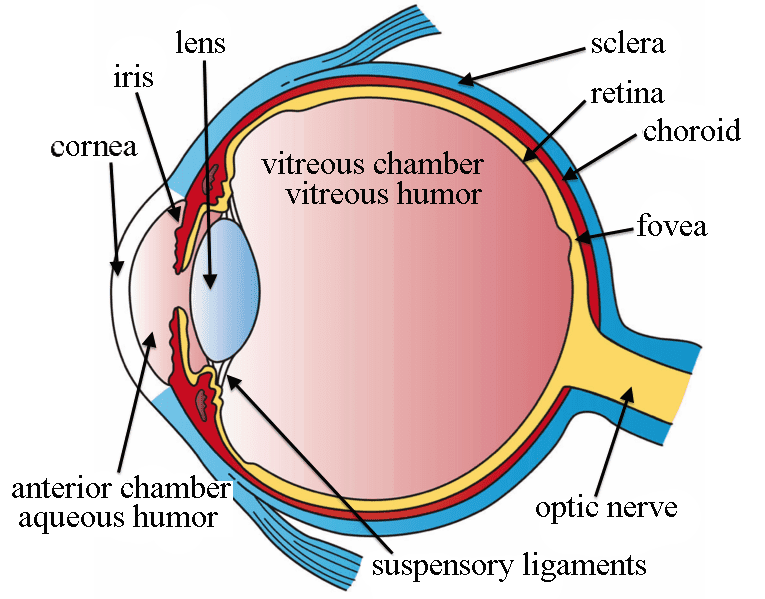 The structure of the eye: vitreous fills up the whole inner chamber. Image credits: Holly Fischer

Current procedures involve injecting silicone oil or gas bubbles in the eye to push the detached retina back into place. However, these substances don’t mix well with water and don’t function well in the long term. In addition, it is necessary for the patient to have his or her head secured facing downwards during this surgery. For an extended period after surgery, doctors recommend keeping the head only in certain positions and not flying in an airplane or venturing to high altitudes.

Hydrogels, which are elastic gels that are composed mostly of water, are a promising alternative to replace vitreous because they are similar to human soft tissue.  Also, keeping the head in a certain position is not necessary. However, one problem with hydrogels is that they can absorb water after a few months and swell, putting pressure on other parts of the eye and causing damage.

Associate Professor Tadamasa Sakai of the University of Tokyo and his lab group developed a new hydrogel. It has a low concentration of polymers so it can be placed in an eye as a liquid and still form a gel in only 10 minutes. They used special techniques to get it to gel quickly. The scientists mixed two types of polymers to create branched polymer clusters in liquid and incited them to form a solid when injected into an eye. The hydrogel stays transparent, while other gels turn cloudy over time, which makes additional surgery unnecessary. 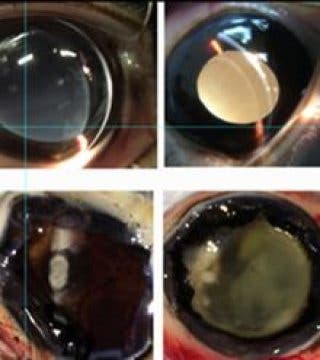 “Hydrogels are promising biomaterials, but their physical properties have been difficult to control. We wanted to show that these difficulties can be overcome by designing molecular reactions and I think we’ve been successful”— Tadamasa Sakai

In a jar the hydrogel forms after 30 seconds, but in the eye, it takes up to 10 minutes. Video credits: 2017 TAKAMASA SAKAI

This technique was tested successfully on rabbits. The test subjects didn’t experience any side effects: the gels were not rejected after 410 days. No significant swelling was noted. In another experiment, the new hydrogel gel was shown to cure rabbits with detached retinas.

The hydrogel still needs to be tested for safety and efficiency in humans but could replace other soft tissues when dealing with tumours, trauma, and degenerative diseases. In this way, this hydrogel could pave the way for new surgery techniques.

2 thoughts on “New hydrogel can glue retina back into eye”