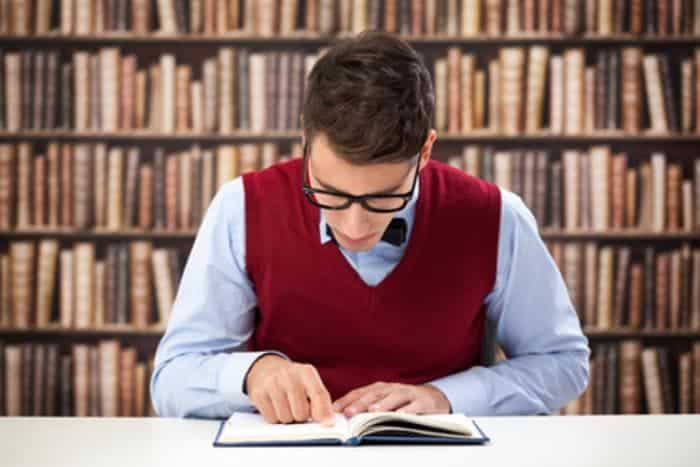 A common stereotype is that people who wear glasses are labeled as nerds, but sooner than later most people from the developed world will end up wearing glasses, if the current trend continues. There are many reasons why more and more suffer from nearsightedness, ranging from urbanization, spending more time indoors and in front of the computer and so on. A new study published in this month’s Ophthalmology journal eyes in on one particular cause for increased rate of nearsightedness – education. Namely, the German team of researchers involved in the study identified that attaining a higher level of education and spending more years in school are two factors associated with a greater prevalence and severity of nearsightedness, or myopia. This is the first study of its kind to demonstrate that environmental factors may outweigh genetics in the development of myopia.

An ever common affliction

If left untreated, myopia can intensify and develop into more severe forms of visual impairments, increasing the risk of developing retinal detachment, myopic macular degeneration, premature cataracts and glaucoma. In the US alone, some 42% of the population is currently affected by nearsightedness, while Asian countries report increasing myopia rates of up to 80 percent. This surge and rapid development rate suggests that environmental factors play a significant role, one that may be more important than genetics.

Researchers at the University Medical Center in Mainz, Germany looked to find if there was any association between myopia development and education. To this end, they examined some 4,658 Germans ages 35 to 74. Their analysis suggests that myopia prevalence increases with education as follows:

Delving deeper, the researchers found that every year of formal education caused severer nearsightedness. This is the first population-based study to find that environmental factors are more important in the development of myopia than genetics, after the researchers also looked at 45 genetic markers, but found it a much weaker factor in the degree of nearsightedness compared to education level.

So, what can people do to avoid becoming nearsighted or worsening their already present condition? The simplest solution is going outside more, according to the researchers.

“Since students appear to be at a higher risk of nearsightedness, it makes sense to encourage them to spend more time outdoors as a precaution,” said Alireza Mirshahi, M.D., lead author of the study.