You often hear people complaining that kids don’t play outside anymore – instead just hanging in the house all day long, playing on the computer (tablet/xbox/whatever). This is a pretty big problem, because there is a myriad of advantages to playing outside; this study has added yet another advantage to that list: playing outside reduces the risk of myopia in kids. 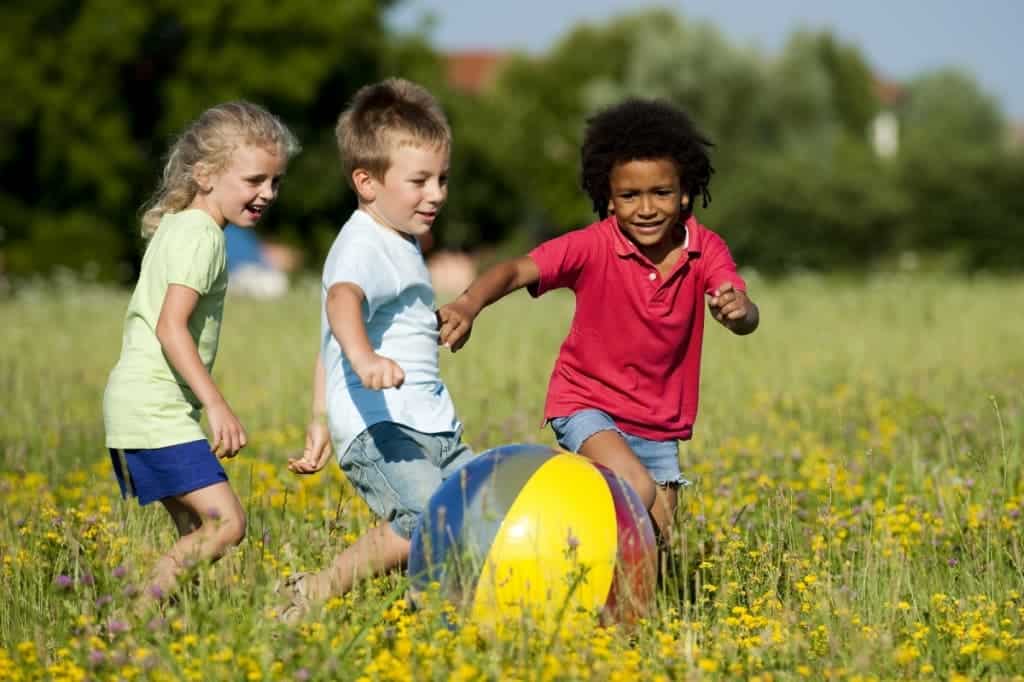 Playing outside seems to reduce the risk of myopia in children. Image via PicturesNew.

For quite a long time, it was thought that playing in front of the computer instead of playing outside can damage your eyes; this has been proven wrong, but now, research has shown that if you play outside as a kid, you have better chances of not developing myopia, though it’s not clear why.

“We don’t really know what makes outdoor time so special,” said Donald Mutti, the lead researcher of the study from Ohio State University College of Optometry, in a press release. “If we knew, we could change how we approach myopia.”

Myopia (or short-sightedness) is a condition in which the light that comes in the eye does not directly focus on the retina but in front of it, causing the image that one sees when looking at a distant object to be out of focus. The causes of myopia are still elusive and to make things even more interesting, a number of studies have shown the incidence of myopia increases with level of education. Many studies have shown a correlation between myopia and a higher intelligence quotient (IQ). Myopia is also highly hereditary.

But whatever the cause may be, sunlight seems to work against the condition. Previous research showed that UVB light, (invisible ultraviolet B rays), plays a role in the cellular production of vitamin D, which helps the eyes focus light on the retina. But study authors believe there is another reason why playing outside fights against myopia.

“Between the ages of five and nine, a child’s eye is still growing,” said Mutti. “Sometimes this growth causes the distance between the lens and the retina to lengthen, leading to nearsightedness. We think these different types of outdoor light may help preserve the proper shape and length of the eye during that growth period.”

The pupil also seems to play a role here – when exposed to more light (like in the outdoors), the pupil dilates. But not all light comes equally, and natural sunlight seems to yield better effects.

“Our initial research suggests that the pupil responds more if these cells have been exposed to a lot of sunlight in the previous few days.”

The key threshold seems to be 14 hours (or more) a week; even kids who are genetically susceptible to myopia are three times less likely to need glasses provided they are playing in the sun for at least 14 hours a week.

There are many more questions to be answered, but ultimately, the takeaway message is that kids should play outside – if not for their own development and fun, then at least for their eyes.

“I think the research we are doing now will help us finally solve the mystery of the outdoor effect, and maybe help some people avoid a lifetime of wearing glasses,” he said. “In the meantime, I tell parents don’t worry about reading, get their kids outside, but don’t forget … sunscreen.”

One thought on “Play outside, kids! Sunlight reduces chances of myopia in children”