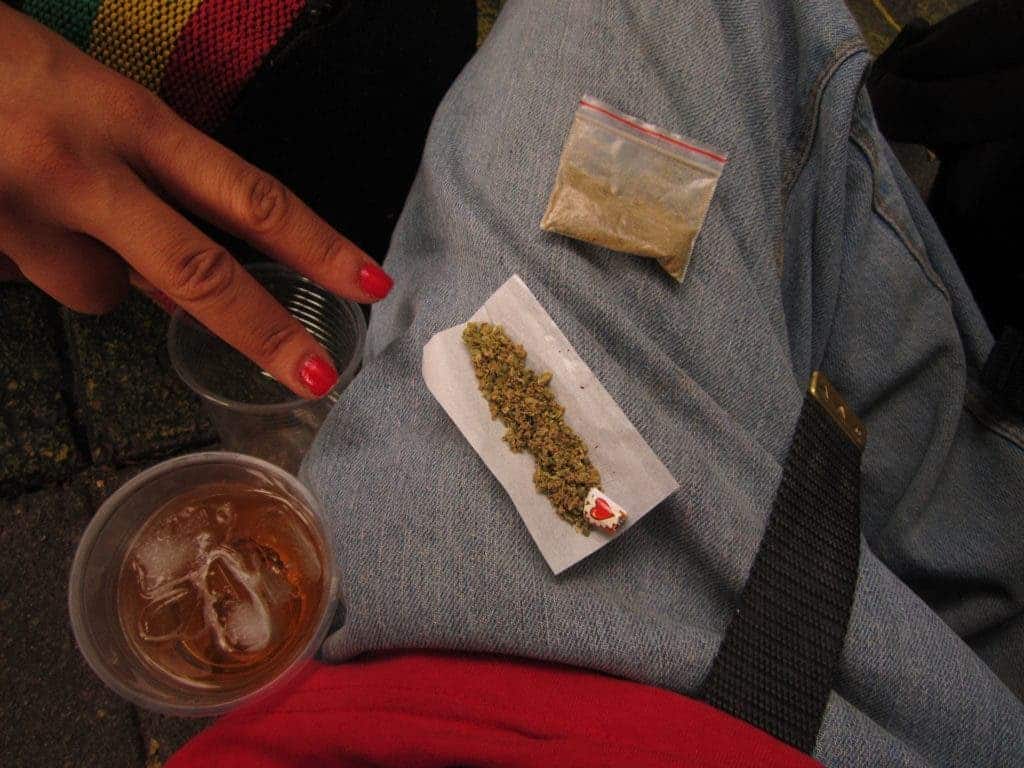 The most recent Pew Research poll that surveyed sentiment on marijuana legalization found Americans are largely supportive of lifting the ban. Today, 57 percent of Americans say they are in favor of making marijuana legal across the nation while 37 percent reckon it ought to stay illegal. It’s like the poles have reversed. Only a decade ago almost the reverse was true with only 32 percent favoring legalization while 60 percent were opposed. What on Earth happened in the mean time?

As early as 2737 B.C., the mystical Emperor Shen Neng of China was prescribing marijuana tea for the treatment of gout, rheumatism, malaria and, oddly enough, poor memory. Later, in American medical journals from the 19th century we can find doctors recommending hemp seeds and roots to treat inflamed skin, incontinence, and venereal disease. But then in 1937, the Federal Government passed the Marihuana Tax Act, which made nonmedical use of marijuana illegal. In the 1950s Congress passed the Boggs Act and the Narcotics Control Act, a legal framework which laid down mandatory sentences for drug offenders, including the possession and distribution of marijuana. Later, Nixon came to power and we all know what happened next. 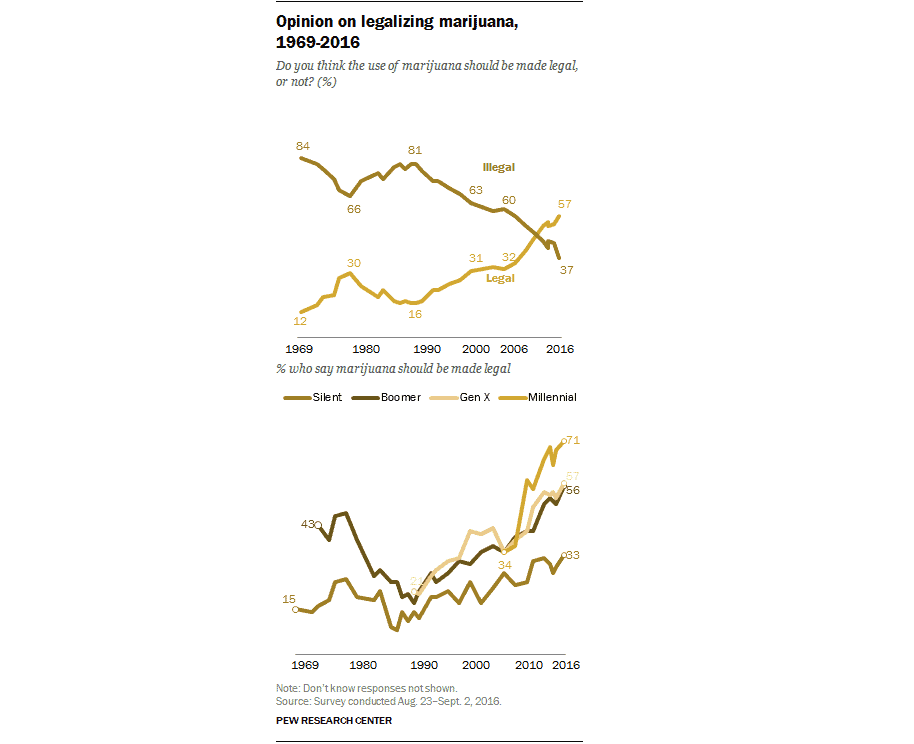 But then a flame was lit. California was the first to legalize medical marijuana in 1996 when it passed Proposition 215, also called the Compassionate Use Act. Now, the use of marijuana for medical purposes is permitted in 25 states, and recreational use is legal in four states — Alaska, Colorado, Oregon, and Washington. In June, Ohio became the 25th state.

The shift in public opinion can be traced around the time the first US states made medical marijuana legal. It’s not clear whether people actually changed their opinions or were more confident to come out of the proverbial pot closet. For instance, twice as many American use pot than ten years ago, which can’t be accounted for expanded market availability. But right now marijuana feels at home in the United States like never before in the last hundred years.

According to Pew Research, young adults disproportionately support the legalization of the herb. However, marijuana legalization support has risen across all generations. Millenials, defined as the generation of those aged 18 to 35 today, are twice as likely to want the ban lifted than ten years ago (71% today, up from 34% in 2006). More than half of Gen Xers (57 percent) or those aged 36-51, support legalizing pot although only 21 percent thought so in 1990. Most Baby Boomers (56%), 52 to 70 of age, support legalization, up from only 17 percent in 1990.

Also from the report, we learn that there’s a great divide in legal pot sentiment based on partisan and ideological outlook. Democrats favor legalizing marijuana over having it be illegal (66% vs. 30%). Contrary, most Republicans (55%) oppose marijuana legalization, while 41% favor it.

When looking at race, Hispanics are the least supportive of legalizing pot. Some 49 percent of Hispanics say pot should be illegal while 46 percent believe the opposite. Whites and Blacks agree in a 59 percent majority that pot ought to be legal. 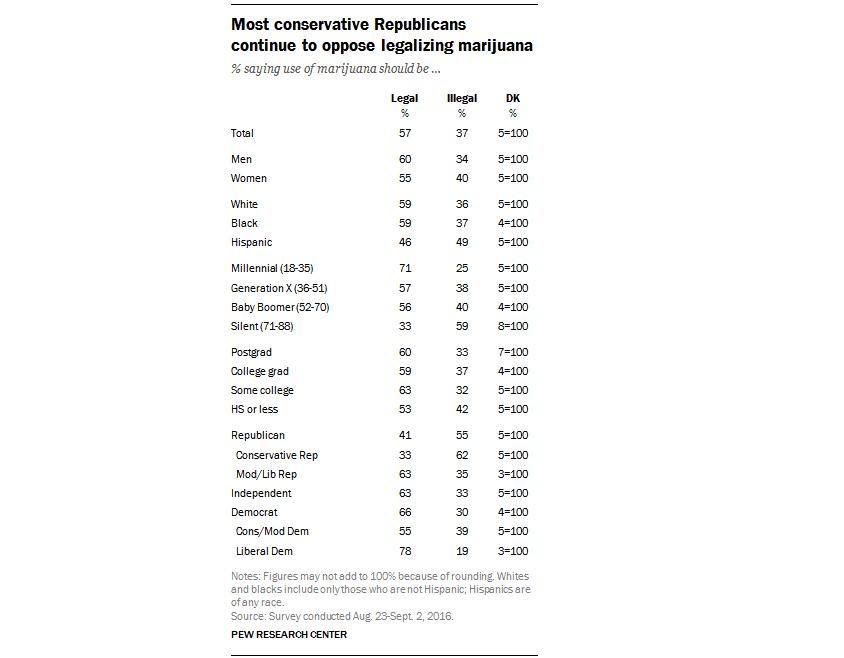 This November, Americans in nine states are expected to attend ballots that will establish whether or not marijuana should become legal in their states. Judging from the most recent surveys, it looks like an unanimous vote in favor for all states.

One thought on “Marilize Legajuana: most Americans support lifting cannabis ban. Only a decade ago the reverse was true”