Scientists used virtual reality to convince a group of volunteers that they were having a so-called out-of-body experience. The illusion significantly lowered the participants’ fear of death, akin to anecdotal reports of people who previously had similar mystical experiences. 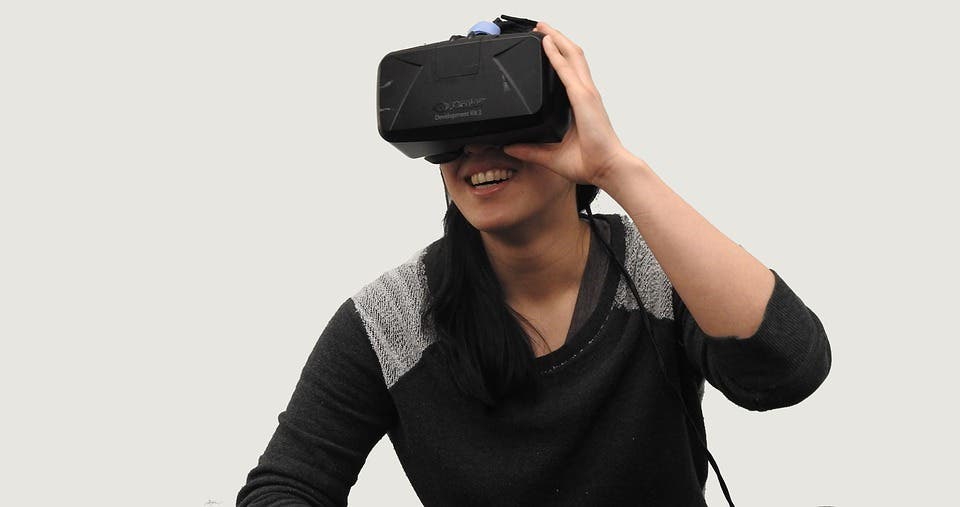 Man vs reality is a strong and common theme in postmodern art. Virtual reality, however, seems poised to make the fine line between reality and illusion even blurrier. Right now, virtual reality (or VR) is an extremely hot topic. Millions are flowing into various VR tech as venture capitalists are sniffing the next fat unicorn to milk. MagicLeap, for instance, has received over $1.4 billion — billion — in funding from Google, Alibaba, and others. The focus is on entertainment apps, first and foremost, then education and, likely, porn. But the thing about VR is that its immersive nature can be extremely powerful — so powerful that it can drastically change people’s perspective about the world and our life here on Earth. Yes, so can a good book but VR … it’s something unprecedented.

Previously, researchers used VR to demonstrate how racial bias can be reduced when white people were put inside a black virtual body. Similar results were found after adults stepped in the shoes of virtual children, changing their perception in the process.

These sort of studies inspired Spanish researchers from the University of Barcelona to test how people identify with a virtual body and how this might change their attitudes about death. Sixteen women were instructed how to use the Oculus Rift VR head-mounted display to create the illusion that the virtual body in the simulation was, in fact, their own biological bodies. To help the participants identify with the virtual body, some clever tricks were used. For instance, when a virtual ball was dropped onto the foot of the virtual body, a vibration was triggered on the person’s real foot. This is a technique called the “rubber hand illusion”, used to much effect by psychologists for years. Previously, Swedish neuroscientists used the rubber hand illusion to make people “feel” the space immediately around them, which participants described as a ‘force field’. It can also give people the illusion is being invisible. 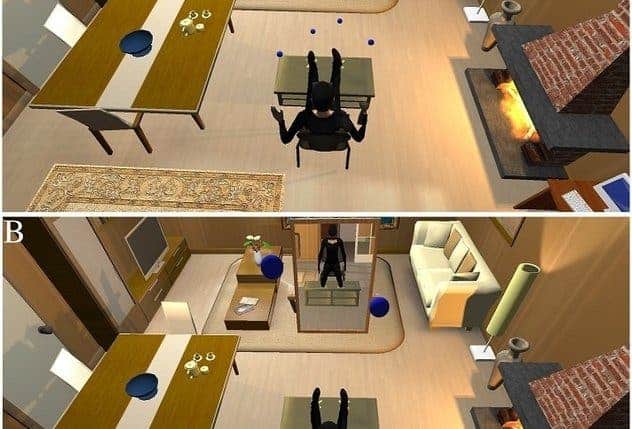 Once the illusion was well rooted, the researchers switched the participants’ perspective from first-person to third-person, like you gamers sometimes switch perspectives in video games. Meanwhile, 16 other women immersed themselves in the same VR simulation but never left the first-person view.

When tested with a standard questionnaire, the participants who had experienced the third-person perspective reported being less fearful of death than the control group, as reported in the journal PLOS One.

“Fear of death in the experimental group was found to be lower than in the control group,” researchers conclude in the study abstract. “This is in line with previous reports that naturally occurring [out-of-body experiences] are often associated with enhanced belief in life after death.”

The researchers believe the VR out-of-body experience might have given the participants the idea that body and consciousness are separate entities. It follows that it’s possible to survive death which might explain why there was lower anxiety around it all. People who are terminally ill or who feel petrified by the prospect of death to the point life becomes unbearable might alleviate their anxiety by using a similar VR app.