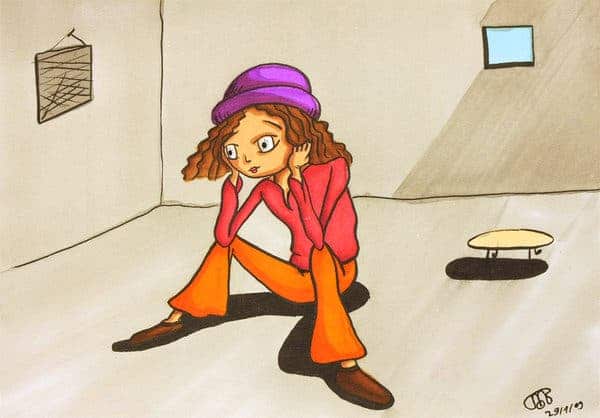 Here’s a weird study. A group of psychologists at University of Virginia introduced men and women alone in a room for fifteen minutes with nothing to distract them. No TV, no phone, no internet, no books, nothing but their thoughts… and a zapping device that sent a mild electric shock. Conclusion: most people would rather kill their time receiving electrical shocks than being left alone with their thoughts. It’s the kind of study that shocks you (sorry), because it tells an ordinary truth – we’re scared of being left alone with ourselves because people have become so disconnected with their inner selves, that they would gladly take on any distraction as long as it spares them the misery of confronting themselves.

Ok, so they were just curious. I’d zap myself too if I was alone in a room with only a zap button. Common, who wouldn’t? In the researchers’ defense, however, the study took the necessary precaution of phasing curiosity out by zapping each participant before they entered the room of solitary doom. So, each of the students involved in the study knew beforehand what happened if they got electrocuted by the device containing a 9 V battery. And they didn’t do this once. On average, participants received electrical shocks seven times. One man actually gave himself 190 electric shocks over a period of 15 minutes. Serious issues.

Wait, there’s more. Apparently, men have bigger issues with themselves than women. Out of 24 women, only six decided to shock themselves, but 12 out of the 18 thought they couldn’t miss it. The guy who zapped himself 190 times was only counted once, just so you know. The researchers hypothesize that men are more willing to take risks for the sake of a intense and complex experiences than women. Or they’re just stupid.

The results are a bit limited however. The sample size is really low, and all the people involved in the study are students at University of Virginia. There are also some psychological caveats that need to be factored out somehow, which researchers didn’t do. For instance, the participants knew they were watched, and this might have introduced unnecessary psychological stress. Heck, most of the participants would have rather masturbated probably than become electrocuted, which also defeats the purpose of being alone with your thoughts, but alas. I would love to see the results of a replicated study with a far broader sample size and demographic.