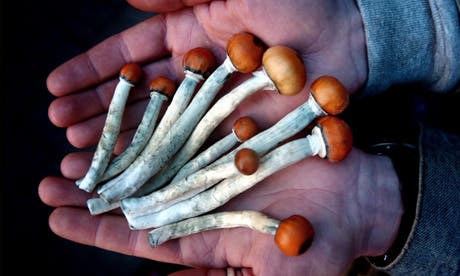 British researchers at Imperial College London and Cardiff University have provided more insights into the mechanics of consciousness-altering psychedelics. Their work suggests the brain is altered while on psilocybin – the active psychoactive ingredient found in magic mushrooms – expanding consciousness and activating regions of the brain that are typically channeled during dream state. The study also backs claims that psilocybin is an ego dissolving drug, as findings show brain activity is enhanced in the emotion system and disorganized in the part that controls ego and personality. Finally, the study offers credence to future efforts that plan on using psychedelics like magic mushrooms for therapies.

The researchers imaged the brains of volunteers who had been injected with psilocybin, as well as those who were part of a control group who weren’t under the influence of any psychedelic substance. Cross-comparison reveals two key insights: psilocybin amplifies brain activity in the brain region that usually triggers during dream state, which goes to explain the dream-like state some confess while on the shroom, and facilitate a state of “expanded” consciousness – “meaning that the breath of associations made by the brain and the ease by which they are visited is enhanced under the drugs”, according to the researchers involved.

“This is an entirely novel analysis and its validity needs to be further tested – but it may offer an initial insight into the biological basis of the often described consciousness-expansion that is one of the hallmarks of a psychedelic experience,” says Robin Carhart-Harris, a Post-doctoral Researcher in the Centre for Neuropsychopharmacology, Division of Brain Sciences, at Imperial College London.

Intriguingly enough, while the emotion system was expanded during the effects of the drug, the brain network from which we get our sense of “self” (default-mode network or ego-system) became quieter. This enforces the idea that psilocybin provokes ego dissolution and dissociates the user from one’s personality. It’s a lot farther than simply stating ‘you are not yourself’ while on the psychedelic. It’s like the little voice inside your head become quieter, fueled by a disinhibited activity in the emotion system.

“Understanding the brain mechanisms that underlie enhanced cognitive fluency under psychedelics may offer insights into how these drugs may be psychologically useful, for example in helping patients experience an emotional release in psychotherapy, and also potentially enhancing creative thinking,” write Carhart-Harris for The Conversation

Results were published in the journal Human Brain Mapping.