Which river passes through Madrid? What year did the Spanish Civil War end? Some people seem to have the answer to every trivia question you throw at them. What sets these people apart from others, though? Not all that surprisingly, it has to do with their brains. A new study found that people with great general knowledge also have efficiently wired brains. 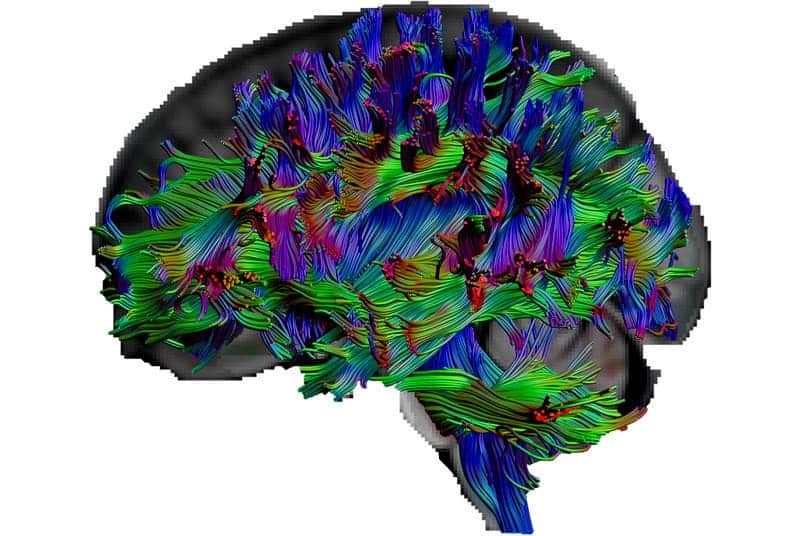 “Although we can precisely measure the general knowledge of people and this wealth of knowledge is very important for an individual’s journey through life, we currently know little about the links between general knowledge and the characteristics of the brain,” says Dr. Erhan Genç from the Department of Biopsychology in Bochum.

Genç and colleagues performed brain scans on 324 volunteers using a special technique called diffusion tensor imaging, which reconstructs the pathways of nerve fibers. Imagine your brain as a tangled network of roads and highways; this method can provide a map of this network.

Using a mathematical algorithm, the researchers assigned a single value to the brain of each participant, indicating the efficiency of their structural fiber network.

Each participant also completed a general knowledge test called the Bochum Knowledge Test, comprised of over 300 questions from various fields from art to chemistry. When the researchers analyzed their results, they found an association between very efficient neural fiber networks and better general knowledge.

“We assume that individual units of knowledge are dispersed throughout the entire brain in the form of pieces of information,” explains Erhan Genç. “Efficient networking of the brain is essential in order to put together the information stored in various areas of the brain and successfully recall knowledge content.”

“We assume that more efficient networking of the brain contributes to better integration of pieces of information and thus leads to better results in a general knowledge test,” says the Bochum-based researcher.

The findings were reported in the European Journal of Personality. This is just the most recent paper in a series of studies that show neural wiring reflects certain aptitudes. A 2018 study performed by Harvard researchers found that creative people tend to simultaneously engage brain networks that don’t typically work together. When the researchers reanalyzed brain data from previous studies, they found that, by simply measuring the strength of connections in peoples’ brain networks, they could estimate how original their ideas would be. In a 2015 study published in Nature, British researchers identified a strong association between a particular set of connections in the brain and a person’s likelihood of displaying positive lifestyle and behavior traits.