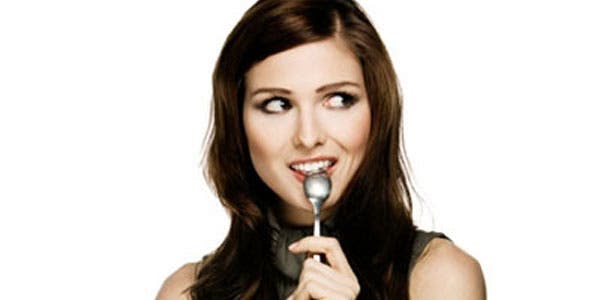 Hunger may help us make better decisions. Image via Where is my Doctor

We take decisions involving unknown outcomes every day. In real life, rationality often times means giving up a smaller, immediate reward, for a more consistent reward in the long run. However, many people engage in detrimental actions, just for the sake of the immediate reward. For example, many people would just have that hamburger or chocolate bar over a healthier meal. It’s this type of decision which puts our general well-being at risk.

“Many people tend to engage in this kind of disadvantageous choices, such as weight watchers who prefer a high caloric muffin for breakfast over a slim waist or business men preferring a night out at the casino over preparing next day’s meeting. Hot states like emotions or visceral drives have a bad reputation of compromising such self-control dilemmas by making people less patient to wait for the long-term benefits” researchers write in the study.

The fact that humans tend to make irrational decisions, especially under physical and emotional stress is well documented – and we’ve likely all experienced it at one point or another. The clearest example is sexually aroused people, who engage in more impulsive decision making about sexual encounters, even when they are aware of the potential negative outcomes. Also, when we get really hungry, we tend to forget about our weight loss objectives. So even though opting for a small reward when a bigger one is available is generally regarded as self-control failure, many people do it. But a new study reviewing three social experiments revealed that surprisingly, people can be better at taking decisions when they are hungry.

Studies 1 and 2 demonstrated that participants with more hunger or greater appetite made more advantageous choices in the Iowa Gambling Task compared to sated participants or participants with a smaller appetite. The Iowa gambling task or (IGT) is a psychological task thought to simulate real-life decision making. It was introduced by researchers at the University of Iowa. Participants are presented with 4 virtual decks of cards on a computer screen. They are told that each time they choose a card they will win some game money. Every so often, however, choosing a card causes them to lose some money. The goal of the game is to win as much money as possible.

In these studies, the Iowa Gambling Task took a slightly different form. 30 students (9 male, 21 female, average age 22) were instructed to refrain from eating and drinking (except water) from 11 pm in the evening prior to their session. Upon arriving at the lab the next morning, they were given a 200 ml yogurt to ensure minimum satiation, and were then asked to play the game. The second and third experiment replicated the first one, also working on eliminating possible sources of error or mislead.

The results were pretty clear – when participants were hungry (rated their hunger 5 out of 5), they tended to make better decisions.

[INTERESTING] How scientists taught monkeys the concept of money. Not long after, the first prostitute monkey appeared

“This series of studies set out to test the hypothesis that hot [in this case – hunger] states may benefit, rather than compromise, advantageous decision making insofar it concerns complex decisions with uncertain outcomes. Based on the notion that intuition and emotions may improve this specific category of decisions, we argued that hot states, which are known to make people more reliant on their feelings, improve their decisions”.

Another intriguing result of the study was that people in a hot state do not only perceive those objects as bigger that are generally (money) or specifically (food when one is hungry) regarded as rewarding, but also the neutral object of a circle. It seems likely that hot state like hunger affects the perception of all kinds of objects and makes us better at seeing how we can use objects to achieve our goals. In the end, hunger may make us more impulsive, but that’s not necessarily a bad thing.

“Our findings bear important implications for theorizing about the role of hot states in decision making. It may be, as suggested in the foregoing, that hot states in general, and hunger and appetite in particular, do not necessarily make people more impulsive but rather make them rely more on their gut feeling which benefits complex decisions with uncertain outcomes. Alternatively, it may be that hot states do increase impulsivity but that impulsivity is not necessarily bad”, researchers conclude.

2 thoughts on “Always Gamble on an Empty Stomach: Hunger Is Associated with Advantageous Decision Making”