Just one week of camping in the wild (or in any area without man-made light) can reset your body clock and return your natural sleep patterns, a new study has found. 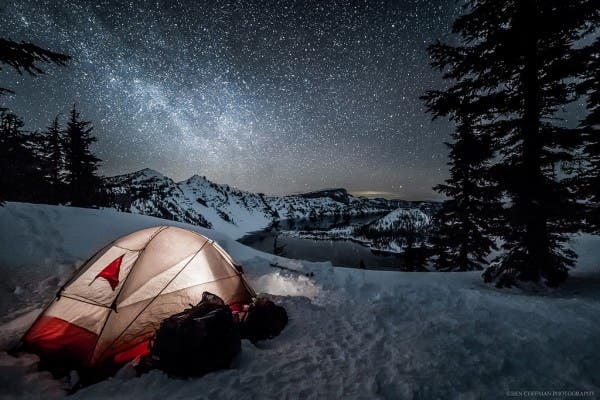 If you’re a night owl, if you’re having problems sleeping and just can’t set up a good sleep pattern – science has your problems figured out; all you need to do is take your sleeping bag and your tent and head for the mountains or the woods. Find a nice place without any non-natural lights, walk around, do some trekking or just read a book – do this for one week and your body clock will return to normal… or at least this is what a new study concluded.

Published in Current Biology, the study argues that our increased use of electrical light and reduced exposure to natural light caused modern humans to stray away from natural sleep patters and leads to overall lower sleep quality. Basically what happens is that our internal clocks will synchronize with the natural day-night cycle, but in modern society, we are subjected to so much artificial light that this pattern is disturbed. This is where the camping steps in – you get away from it all, rely only on natural light, and your body retunes, with our bodily night beginning at sunset and ending at sunrise.

The new study, conducted by Dr. Kenneth Wright and colleagues from the University of Colorado in the US ran for two weeks and included eight participants with an average age of 30 years. This is actually the one thing I have to object regarding this study – I’m not sure 8 participants is enough. I think in order to discuss statistical relevance, you need a bit more; but 8 is enough to raise some clear points.

The main problem in modern society is that people go to sleep later and later, and find it harder and harder to wake up in the morning.

“After exposure to natural light, we found the timing of the circadian clock to be approximately two hours earlier and [sleep-promoting hormone] melatonin offset to occur more than 50 minutes prior to wake time, suggesting that if human circadian and sleep timing was in synchrony with the natural light-dark cycle, the circadian low point in brain arousal would move to before the end of the sleep episode, making it easier to awaken in the morning,” the researchers found.

Despite having so few participants, the study was very well received in the scientific community. Dr Nicole Lovato, a sleep expert and Postdoctoral Research Fellow at Flinders University, described the research as “a novel approach to research aimed understanding the basic physiological processes which govern our daily lives.”

“It confirms existing knowledge regarding the effect of light exposure on the circadian rhythm, or body clock, and its timing in humans,” said Dr Lovato, who was not involved in the study.

The takeaway is that modern lighting almost certainly affects our sleep pattern negatively, but this can be fixed – if we subject ourselves to natural-light only. However, these changes are likely gradually lost, Wright says.

“This is likely to be due to those with delayed sleep phase disorder having longer period lengths of their circadian rhythms (24.8 hours instead of 24.3 hours). These people have a stronger tendency to delay with respect to our 24 hour world because their body clock ticks over more slowly.”