University of Rochester researchers developed a new evolutionary model that suggests human intelligence developed to meet the demands of our infants, in a self-reinforcing cycle: bigger brains led to shorter pregnancies, requiring parents to have even bigger brains. 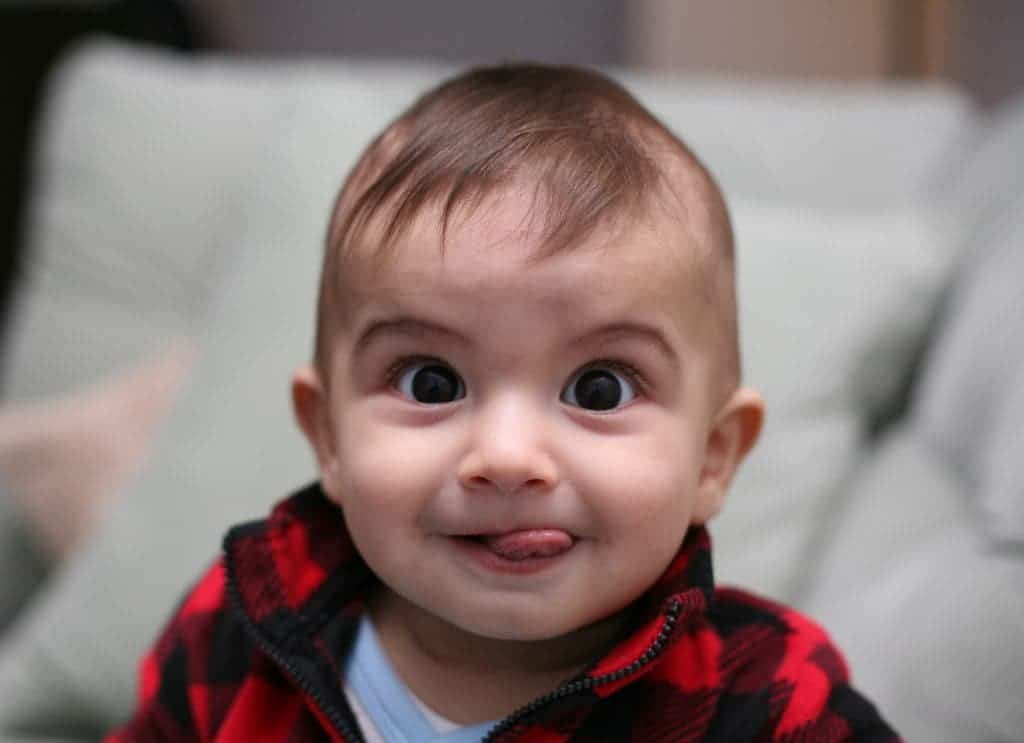 If babies could speak at birth, banging rocks together would still be cutting-edge science.
Image via wikimedia user Avsar Aras

Steven Piantadosi and Celeste Kidd, brain and cognitive sciences assistant professors at the University of Rochester, think that we should thank our helpless babies for our intelligence.

“Human infants are born far more immature than the infants of other species. For example, giraffe calves are able to stand-up, walk around, and even flee from predators within hours of their births. By comparison, human infants cannot even support their own heads,” said Kidd.

What they’re saying is that the limiting time factor for human pregnancies is the size of the baby’s brain. Because we have big heads and because of the way human females’ lady parts are structured, mothers need to give birth while the infant’s head is small enough to ensure a safe delivery. The trade-off is that this leaves the new-born literally helpless, for a much longer period than seen in other primates.

However, there is an upside to having to care for them: parents need to be smart enough to figure out what the baby needs without being told. That requires a lot of processing power, so only the individuals with top-notch brains got to pass off their genes. A larger brain thus became a very powerful selective advantage for early humans, leading to even earlier births and so on into a self-reinforcing cycle — potentially culminating into the modern human, with markedly more complex cognitive abilities than other animals.

“What we found is that weaning time–which acts as a measure of the prematurity of the infants–was a much better predictor of primate’s intelligence than any of other measures we looked at, including brain size, which is commonly correlated with intelligence,” said Piantadosi.

The duo believes the model also helps explain some particularities of the human brain:

“Humans have a unique kind of intelligence. We are good at social reasoning and something called ‘theory of mind’–the ability to anticipate the needs of others, and to recognize that those needs may not be the same as our own,” said Kidd, who is also the director of the Rochester Baby Lab at the University of Rochester. “This is an especially helpful when taking care of an infant who is not able talk for a couple of years.”

“There are alternative theories of why humans are so intelligent. A lot of these are based on factors like living in a harsh environment or hunting in groups,” said Piantadosi. “One of the motivating puzzles of our research was thinking about those theories and trying to see why they predict specifically that primates or mammals should become so intelligent, instead of other species that faced similar pressures.”

Piantadosi and Kidd say that the key to their model is live birth. For evolution to constantly select individuals for intelligence, a species needs to give live birth to a single offspring and have large brains, both distinctive features of higher mammals.

“Our theory explains specifically why primates developed super intelligence but dinosaurs–who faced many of the same environmental pressures and had more time to do so–did not. Dinosaurs matured in eggs, so there was no linking between intelligence and infant immaturity at birth,” said Kidd.

So the next time you hear a baby crying for no reason, know that he is actually crying to make humanity smarter. It’s what they do.

The full paper, titled “Extraordinary intelligence and the care of infants” has been published online in the journal Proceedings of the National Academy of Sciences of the United States of America and can be read here.