Researchers at Baycrest Health Sciences’ Rotman Research Institute have found that patients diagnosed with mild cognitive impairment (MCI) who also show anxiety symptoms are at a much greater risk of developing Alzheimer’s. This was the first study of its kind that isolated anxiety in a longitudinal study covering people diagnosed with MCI, painting a clearer picture of how anxiety interferes with cognitive functions and how it can lead to brain damage.

Why don’t we forget about anxiety? 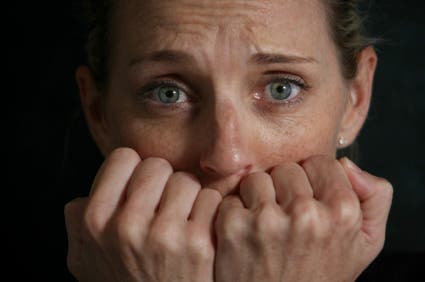 Studies have shown that anxiety in MCI is associated with abnormal concentrations of plasma amyloid protein levels and T-tau proteins in cerebrospinal fluid, which are biomarkers of Alzheimer’s. Photo: Therapy Ideas

Anxiety is a natural, normal response to potential threats, which puts your body into a heightened state of awareness. There’s a reason we have the ability to feel it, since it evolved as a beneficial sensation. Basically, it’s there to keep you away from harm’s way. If you’re hiking by a steep cliff, you’ll become anxious and thus more careful so you don’t fall off. For an estimated 40 million US adults, however, anxiety may occur even when there’s no real threat, causing unnecessary stress and emotional pain. The National Institute of Mental Health describes anxiety’s relation to the brain as follows:

“Several parts of the brain are key actors in the production of fear and anxiety… scientists have discovered that the amygdala and the hippocampus play significant roles in most anxiety disorders.

The emotional memories stored in the central part of the amygdala may play a role in anxiety disorders involving very distinct fears, such as fears of dogs, spiders, or flying. The hippocampus is the part of the brain that encodes threatening events into memories.”

Literature identifies late-life depression as a significant risk marker for Alzheimer’s. Anxiety differs from the general symptoms of depression, yet traditionally anxiety has been subsumed under depression. As such, while depression is routinely screened, anxiety is not, and as we’ll see from the study’s findings this might need to change.

In contrast to Alzheimer’s disease (AD) where other cognitive skills are affected, mild cognitive impairment (MCI) is defined by deficits in memory that do not significantly impact daily functioning. Memory problems may be minimal to mild and hardly noticeable to the individual. For most people, memory deficits from MCI stabilize in a couple of years, while in others memory ability can be recovered. However, MCI has been proven to be a significant risk marker for developing Alzheimer’s.

Alzheimer’s disease is progressive in nature, meaning that it is not reversible, and it eventually leads to death. Every case of AD is different but the ultimate path of the disease is somewhat predictable and occurs slowly over the course of 2-20 years. It generally starts with deterioration in the Hippocampus, an inner structure of the brain associated with memory and learning. The disease then tends to spread from front to back of the cerebral cortex, until reaching the brain stem, where involuntary functions such as breathing, heart rate and blood pressure are regulated. Image: Wikimedia Commons

Linda Mah, clinician-scientist with Baycrest’s Rotman Research Institute, and assistant professor in the Department of Psychiatry at the University of Toronto, led a team that analyzed data from the large population-based Alzheimer’s Disease Neuroimaging Initiative to analyze anxiety, depression, cognitive and brain structural changes in 376 adults, aged 55 – 91, over a three-year period. The patients were surveyed with follow-up assessments every six months. All of the adults had a clinical diagnosis of amnestic MCI and a low score on the depression rating scale, indicating that anxiety symptoms were not part of clinical depression.

The MCI patients who were also diagnosed with anxiety had a much greater chance of experiencing a sharp decline in cognitive functions. For MCI patients with mild, moderate or severe anxiety, Alzheimer’s risk increased by 33 percent, 78 percent and 135 percent respectively.

“Our findings suggest that clinicians should routinely screen for anxiety in people who have memory problems because anxiety signals that these people are at greater risk for developing Alzheimer’s,” said Mah.

The study shows that anxiety can be a predictive factor in MCI patients of whether or not these will convert to Alzheimer’s. As such, clinicians should take special notice and screen MCI patients for anxiety as well. No treatment is currently available for MCI, but there are many solutions to address anxiety, from therapy, to diet, to exercising.

“While there is no published evidence to demonstrate whether drug treatments used in psychiatry for treating anxiety would be helpful in managing anxiety symptoms in people with mild cognitive impairment or in reducing their risk of conversion to Alzheimer’s, we think that at the very least behavioural stress management programs could be recommended. In particular, there has been research on the use of mindfulness-based stress reduction in treating anxiety and other psychiatric symptoms in Alzheimer’s and this is showing promise,” said Mah.

The findings were reported by The American Journal of Geriatric Psychiatry, ahead of print publication, scheduled for May 2015.