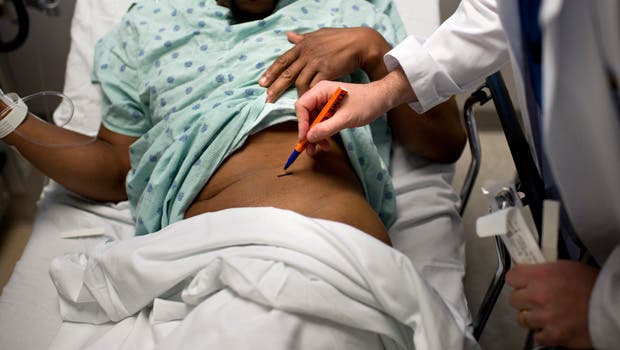 Scientists analyzed the brains of kidney donors to see what makes them more altruistic than other people. Photo: kidneybuzz.com

Costly altruism, the kind that you see expressed by people who willingly agree or seek to donate their kidneys, is a puzzling phenomenon for many scientists. Most of these people would tell you that they do it out of love, sympathy or a higher purpose. Neuroscientists, however, are more interested in finding whether there are any neural mechanisms associated with altruism or any kind of behavior, for that matter. Abigail Marsh,  an associate professor of psychology at Georgetown University and one of the country’s leading researchers into altruism, performed MRI scans on nearly 20 people who had donated their kidneys and found that a particular brain region associated with processing emotions lit up more than in most people. This suggests that some people may be hardwired on a neural level to be kind to others and help out without expecting anything in return.

The price of goodness

Marsh herself was introduced first hand to the power of costly altruism. When she was 20, a freak accident caused her to end up stalled in the fast lane facing oncoming traffic. A man dodged the traffic, helped her out of harm’s way, started her car, then left before she even had the chance to ask for his name. She’s been fascinated by this sort of behavior since.

In a new study, published in the journal Proceeding of the National Academy of Sciences, she and colleagues enlisted 39 people, 19 of whom were kidney donors. The researchers first performed structural measurements to assess the size of different parts of their brains and then asked the participants to run through a series of computer tests while their brains were being scanned using functional MRI. The tests were designed to elicit an emotional response. One test, for instance, tasked the participants to look at pictures of different facial expressions, including happiness, fear, anger, sadness and surprise.

There wasn’t any significant difference between the brains of altruists and non-altruist, with one exception: the amygdala, which is considered the seat of processing emotions in the brain. The amygdala was significantly larger in the altruists compared to those who had never donated an organ – 8.1% larger to be more precise. Additionally, the amygdala in the altruists was extremely sensitive to the pictures of people displaying fear or distress.

Previous research showed that, on the other end of the spectrum, psychopaths have significantly smaller, less active amygdalas. Practically, extreme altruists aren’t only the moral opposites of psychopaths – they’re biologically opposites as well! These recent findings seem to add to a growing body of evidence that suggests that the amygdala is a sort of emotional compass, that may actively guide people to be compassionate or, oppositely, insensitive to other people.

You might ask, however: are these people altruist because that’s how they’re built to be (it’s in their genes) or did these people just built character along the years after being exposed to various environmental stimuli? The study isn’t conclusive in this respect, but I have a hunch we’ll find out more in the future.

One thought on “What goes on in an altruist’s head: good deeds may be rooted in the brain”