If you live in the US, then you almost certainly know who Doctor Oz is – or at least you’ve heard of him. Even if you’re not, there’s a pretty good chance you might know a thing or two about him. But do you know that some (if not all) of the products he promotes on his shows and markets as “miracle cures” are little more than shams?

Dr. Mehmet Oz is an Ivy League trained heart surgeon who rocketed to fame through the endorsement of Oprah Winfrey. Oz is considered to be one of the most influential celebrities in the US (Forbes), and a big part of his TV show is used to promote healthy products. But are they really healthy, or was it yet another marketing ploy? Millions of Americans (and not only) believed in him; people bought the products, hoping for magic results – because after all, that’s what he promised. Here are some of his quotes, as pointed by a Senate committee:

“You may think magic is make believe, but this little bean has scientists saying they’ve found the magic weight loss cure for every body type, it’s green coffee extract.” Quote: “I’ve got the number one miracle in a bottle to burn your fat. It’s raspberry ketone.” Quote: “Garcinia cambogia, it may be the simple solution you’ve been looking for to bust your body fat for good.”

Promoting miracle cures? Yikes! That sounds like TV mumbo jumbo, not something a bright medic would prescribe – yet that’s exactly how dr. Oz described some products. Surely, you might say, he’s simply overreacting the scientific benefits of the products. But those scientific benefits seemed to have been fake all along, as a study on Green Coffee Extract has been withdrawn.

A federal agency called the research “hopelessly flawed” and the retraction was the only logical result. The fact that it passed original scrutiny is baffling to me. The retraction followed a $3.5 million Federal Trade Commission (FTC) settlement with Applied Food Sciences (AFS), a Texas company that hawked the phony pills. An FTC press release summed up the damning charges against the company and researchers:

The FTC charges that the study’s lead investigator repeatedly altered the weights and other key measurements of the subjects, changed the length of the trial, and misstated which subjects were taking the placebo or GCA during the trial. When the lead investigator was unable to get the study published, the FTC says that AFS hired researchers Joe Vinson and Bryan Burnham at the University of Scranton to rewrite it. Despite receiving conflicting data, Vinson, Burnham, and AFS never verified the authenticity of the information used in the study, according to the complaint.

Despite the study’s flaws, AFS used it to falsely claim that GCA caused consumers to lose 17.7 pounds, 10.5 percent of body weight, and 16 percent of body fat with or without diet and exercise, in 22 weeks, the complaint alleges. 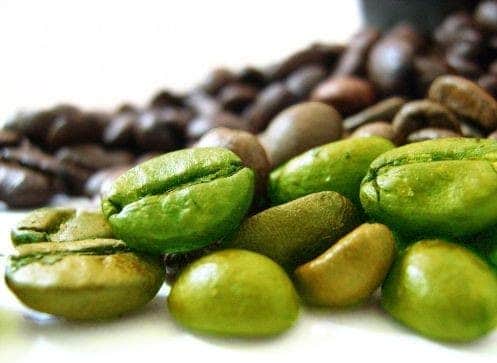 Green Coffee is not so magical afteer all.

Now, this is where it gets a little dicey. Did Oz not check the facts close enough? Surely it would take an experienced medic little more than a diagonal glimpse on the study to realize the claims and results are bogus. But to present these results on national television and with such appraisal, the results should have at least been thoroughly double-checked, which he clearly didn’t do. So are we dealing with something else here? Was he trying to use his show for promotion?

The thing is, Oz didn’t make any money from this – not directly, anyway. The companies simply used him and his show to promote their own products – he argued (and if there is not a bigger, underlying plot, he’s right) that he is also a victim. But if this is the case, then he’s a victim of his own misrepresentations which got him here in the first place.

But I have my doubts; how could an educated man tout a “staggering newly released study” that showed participants lost an “astounding” amount of fat and weight … by doing absolutely nothing except taking the supplement? Again, that sounds like marketing, not like medicine.

But either way, Oz has to learn from this. As the Senate committee pointed, he does a lot of good with his show – he offers valuable information in a simple and attractive way. People like him, and more importantly, people trust him. If he deliberately misled his viewers, this is inexcusable. But even if he simply didn’t check the facts and chose to present them as “magic”, I think people should rethink doctor Oz’s position as a trustworthy TV host.