An extensive meta-analysis of 79 trials that studied the medical benefits of marijuana found that the various cannabinoid compounds did not improve nausea, vomiting, or appetite, but slightly improved chronic pain and plasticity. Moreover, most of the studies were poorly made, lacking control or placebo groups and also showing increased risk of bias. In short, this rigorous analysis found no conclusive evidence that supports the much heralded added benefits of medical marijuana. Side effects were common and included dizziness, dry mouth and sleepiness. The authors note that this doesn’t mean that marijuana compounds aren’t working as advertised, it’s just that the science so far is inconclusive – mainly because of bad reporting and investigative techniques. They suggest more research is necessary, along with more support from the authorities and other able bodies given that we’re talking about an extremely widespread drug ingested by millions of Americans each day, legally or not. 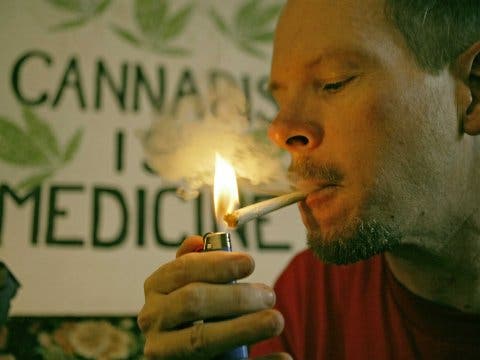 “It’s not a wonder drug but it certainly has some potential,” said Dr. Robert Wolff, a co-author and researcher with Kleijnen Systematic Reviews Ltd., a research company in York, England.

Wolff, Penny Whiting, of University Hospitals Bristol NHS in England and their colleagues looked for randomized, controlled trials testing cannabis, or cannabinoid-based medications and eventually settled with 79 trials with 6,462 participants. Patients included those suffering from chemotherapy-related nausea and vomiting, HIV/AIDS-stunted appetite, chronic pain, or paraplegia, or spasms related to multiple sclerosis (MS). The researchers concluded that of these studies only 5% had a low risk of bias, and 70% were considered high risk mostly due to lack of double-blinding and placebo controls.

Concerning nausea and vomiting in chemotherapy patients, 28 of the trails discussed treating these conditions with marijuana compounds like nabilone, dronabinol, nabiximols, levonantradol, and THC. The effects were compared with other drugs like prochlorperazine, chlorpromazine, domperidone, alizapride, hydroxyzine, metoclopramide, and ondansetron. Again, the researchers note the unreliability of the reported studies: 23 of these trials have a high risk of bias, while the other five are unclear. As for results, compared with placebo in three of the trials, chemotherapy patients who were on dronabinol or nabiximols were more likely to have nausea or vomiting.

In the case of HIV/AIDS patients, those studies that assessed improved appetite following cannabis consumption had “limited findings” and high risk of bias. Most research was done on treating chronic pain (28 of the trials)  with smoked, vaporized or other forms of cannabis compound consumption. With one exception, all of these studies were placebo controlled. Whiting’s team reported that only two of the studies had a low risk for bias, and 17 had a high risk. Nevertheless, most studies reported a slight improvement in pain when ingesting cannabinoids, but the results bore little statistical relevance. Patients who smoked THC reported the greatest reduction in pain, especially when dealing with neuropathic pain.

On a federal level, cannabis is illegal but twenty-three states and Washington, D.C. have laws permitting medical marijuana use. In the published paper in the Journal of the American Medical Association, the authors warn that medical marijuana approval was based on poorly conducted studies, patient testimonials and other evidence borderline-scientific at best. For instance, marijuana is approved as a medical drug for treating Alzheimer’s disease, epilepsy, glaucoma, kidney disease, lupus and Parkinson’s disease despite there’s little evidence to support such a measure.

Marijuana “is a complex of more than 400 compounds including flavonoids and terpenoids and approximately 70 cannabinoids other than delta-9-tetrahydrocannabinol (THC),” they wrote, (most FDA approved drugs contain one to several compounds, not hundreds). “These cannabinoids have individual, interactive, and even entourage effects (effects of a compound that are only appreciable in the presence of other compounds) that are not fully understood and that contribute to the net effect of marijuana.”

“If the states’ initiative to legalize medical marijuana is merely a veiled step toward allowing access to recreational marijuana, then the medical community should be left out of the process, and instead marijuana should be decriminalized,” they wrote. “Evidence justifying marijuana use for various medical conditions will require the conduct of adequately powered, double-blind, randomized, placebo/active controlled clinical trials to test its short- and long-term efficacy and safety.”

It’s not just the benefits that are inconclusive. The same applies to the adverse events as well. In 62 of the studies, adverse events were reported, and Whiting’s team stated that they did not see much difference in adverse events based on the type of cannabinoid used or study design. These include dizziness, dry mouth, nausea, fatigue, somnolence, euphoria, vomiting, disorientation, drowsiness, confusion, loss of balance, and hallucination.

So, what’s going on? Why is a drug so widely used in the US and abroad so poorly studied? Well, even now when there’s medical marijuana freely available in most states, getting approval from the FDA and DEA to perform studies with cannabis is extremely difficult and involves a cumbersome process, which sounds stupid. Well, it is. Things might improve soon as the Department of Health and Human Services made it a little easier for privately funded medical marijuana research to get approved. Whatever the future will hold, I can only hope we’ll see rigorous research and more support.

“Perhaps it is time to place the horse back in front of the cart,” Drs. Deepak Cyril D’Souza and Mohini Ranganathan wrote in the editorial.

In other marijuana related news, another paper published in the same journal found that the medical marijuana to eat and drink doesn’t contain advertised THC levels. After analyzing the contents of 47 brands, including candy, baked goods and drinks, sold in dispensaries in Los Angeles, San Francisco and Seattle, the researchers found 1 in 4 had higher amounts than labeled. Oppositely, 60% of the products contained less THC than advertised. Some barely contained any cannabis, which sounds like a rip-off.