Scientists have in the past toyed with the idea of using a disease to fight cancer. Now, after identifying a malaria protein that binds to cancer cells and kills 95% of tumor types, human trials are expected to start within four years. 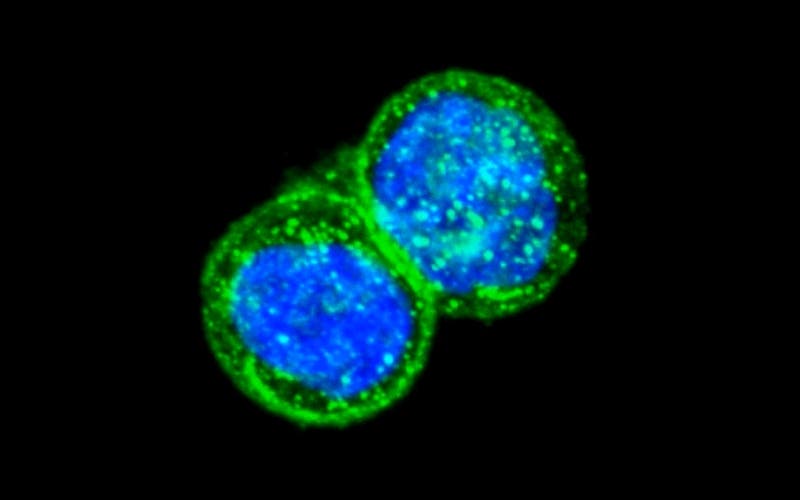 I doesn’t seem like it’s happening fast, but it is, in medical terms. Clinical trials take a lot of time, and there are several stages through which any proposed treatment has to pass – and even clinical trials have several stages which can take a lot of time. But this treatment promises to go through them quite fast, especially given its potential.

The researchers from the University of British Columbia (UBC), Vancouver Coastal Health and the BC Cancer Agency initially discovered that a protein from malaria halted cancer spread in mice. Interestingly, the hints for this discovery were initially offered by scientists from the University of Copenhagen, where they were studying why pregnant women are so susceptible to malaria. They found that the mosquito-borne parasite produces a protein that binds to a particular type of sugar molecule in the placenta. You can read all about their find here.

This finding led to another: that same sugar molecule is also found in most cancers. This makes quite a lot of sense, because both cancers and placentas grow fast, pushing other processes out of their way. The researchers then thought that targeting this molecule can work against cancer – eliminating its growth fuel, and stopping cancer growth.

“Scientists have spent decades trying to find the biochemical similarities between placenta tissue and cancer, but we just didn’t have the technology to find it,” said project leader Mads Daugaard, an assistant professor at UBC. “When my colleagues discovered how malaria uses VAR2CSA to embed itself in the placenta, we immediately saw its potential to deliver cancer drugs in a precise, controlled way to tumours.”

The drug was already tested on mice that were implanted with three types of human tumours, and the results were very encouraging.

“This is an extraordinary finding that paves the way for targeting sugar molecules in pediatric and adulthood human cancer, and our groups are vigorously pursuing this possibility together,” said UBC professor Poul Sorensen, co-senior investigator on the study.

“There is some irony that a disease as destructive as malaria might be exploited to treat another dreaded disease,” said Ali Salanti, a professor of immunology and microbiology at the University of Copenhagen. “The biggest questions are whether it’ll work in the human body, and if the human body can tolerate the doses needed without developing side effects. But we’re optimistic, because the protein appears to only attach itself to a carbohydrate that is only found in the placenta and in cancer tumours in humans.”

At the very latest, human trials  will start in 2019. It may be a very big year.