Don’t forget to dust off your spacesuit if you go trekking out on the Moon — else you might risk cellular and DNA damage. 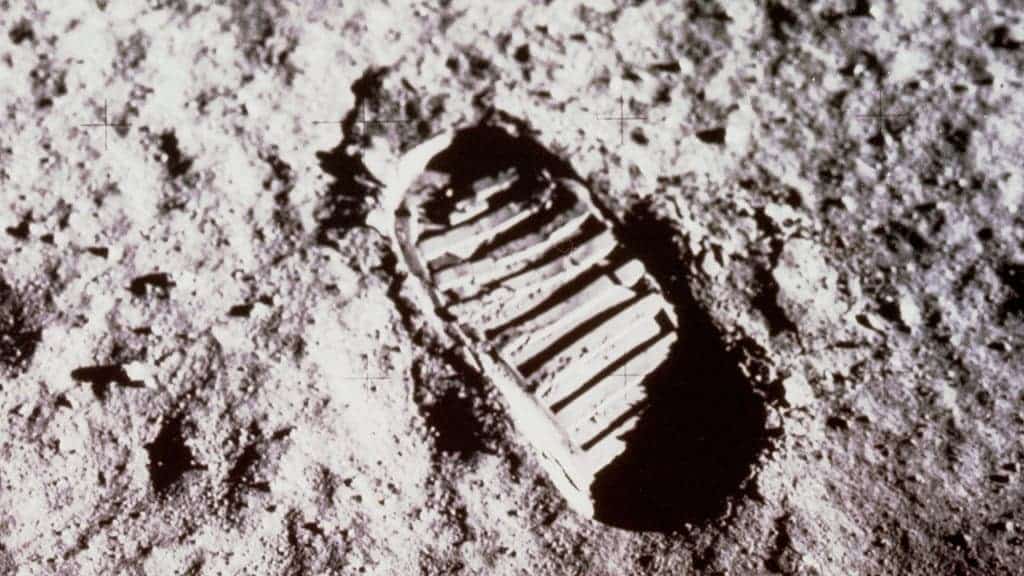 Footprint made by Buzz Aldrin during the Apollo 11 mission.
Image credits NASA.

A new study has revealed one more thing we’ll have to plan for when and if we decide to settle on the moon: lunar dust can be quite harmful if inhaled. While this isn’t the first signs we’ve seen of moon dust causing trouble for humans — Apollo mission astronauts complained of sneezing and watery eyes after bringing the stuff into their ships on spacesuits — this is the most thorough look at the health risk it poses.

“Very small particles in the breathable range or smaller can interact directly with cells,” Bruce Demple, a professor at the Stony Brook University School of Medicine and the study’s corresponding author told Gizmodo.

The study, unfortunately, didn’t involve sending anyone to the Moon. Instead, the team cultivated human lung and mouse brain cells in Petri dishes in a lab, then exposed them to simulated lunar dust. The team reports that the substitute could damage or outright kill cells, as well as compromise the integrity of their genetic material. Up to 90% of human lung cells and mouse neurons died when exposed to dust particles that mimic soils found on the Moon’s surface.

The dust was especially dangerous to living tissue when crushed down into small, micrometer-sized bits.

One interesting find is that it’s not the dust’s chemical interactions with cells — which the team gauged by its ability to generate free radicals — that caused the damage. They’re not exactly sure what does, however. Demple suspects the way these dust particles are shaped might have something to do with it. Past research has looked into using physical rather than biochemical defenses against bacteria, and some animals also sport similar defenses, so Demple’s theory isn’t as far-fetched as it may first seem.

Pieces of moon dust under the microscope.
Image credits NIST.

All in all, though, it’s not the best of news. Moon dust is much drier than the one we’re used to seeing down here and likely to be electrostatically charged, on account of there being no atmosphere, the paper notes. Last but not least, it’s also likely composed of much tinier particles — ground down by billions of years of meteorite bombardments. In other words, lunar dust has a tendency to be drawn to and stick to everything. It’s also tiny enough to bypass most filters and be a nuisance for some seals. Together, these properties would make dusting off spacesuits and equipment an exercise in frustration.

Given how dangerous this dust may be to living cells, this might become quite a health hazard for potential lunar colonists. The team reports that long exposure to the dust could lead to bronchitis or other health problems. The hay-fever-like symptoms the Apollo astronauts experienced suggests that longer exposure to the dust could impair airway and lung function, Demple explains. If the dust also causes inflammation in the lungs, it could increase the risks of diseases such as cancer.

“If there are trips back to the Moon that involve stays of weeks, months or even longer, it probably won’t be possible to eliminate that risk completely,” Demple adds.

Still, the results aren’t conclusive as of now. The study itself is quite limited since it used a moon dust substitute, as the original wasn’t available and quite hard to reach. Cultured cells are also a poor substitute for the complexity of a whole, living organism. However, it does suggest that dust from the moon could pose a serious threat to health, a finding that is supported by previous research. Dismissing the findings outright based on the study’s limitations would thus be quite foolish.

The team is fully aware of these shortcomings, but they hope that the results will convince NASA to let them work with real lunar dust, recovered by the Apollo missions.

The paper “Assessing Toxicity and Nuclear and Mitochondrial DNA Damage Caused by Exposure of Mammalian Cells to Lunar Regolith Simulants” has been published in the journal GeoHealth.