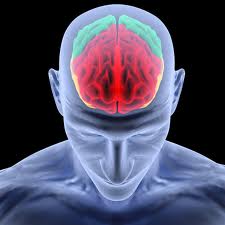 Humans were granted with an evolutionary edge that differentiated us from other primates and may have helped us become the dominant species on planet Earth. A recent study which scanned the brains of humans and rhesus monkeys found that humans have at least two functional brain networks absent in rhesus monkeys.

Previous genetic research concluded that our ancestors split from those that lead to the evolution of rhesus monkeys some 25 million years ago, and since then brain networks have been added, disappeared or changed function. It’s rather obvious that we humans are capable of much more than our primate relatives, which lead scientists to claim that humans possess specific brain functions that are unique, however conclusive evidence has been absent until now.

The study was conducted by neurophysiologist Wim Vanduffel and colleagues at KU Leuven and Harvard Medical School, and involved functional Magnetic Resonance Imaging scans to visualise brain activity by detecting changes in blood flow while participants (humans and rhesus monkeys) performed various tasks. Oxygen and blood content delivered to a particular area of the brain differs according to a particular task, thus brain activity can be monitored. Professor Vanduffel explains:

“We did functional brain scans in humans and rhesus monkeys at rest and while watching a movie to compare both the place and the function of cortical brain networks. Even at rest, the brain is very active. Different brain areas that are active simultaneously during rest form so-called ‘resting state’ networks. For the most part, these resting state networks in humans and monkeys are surprisingly similar, but we found two networks unique to humans and one unique network in the monkey.”

“When watching a movie, the cortex processes an enormous amount of visual and auditory information. The human-specific resting state networks react to this stimulation in a totally different way than any part of the monkey brain. This means that they also have a different function than any of the resting state networks found in the monkey. In other words, brain structures that are unique in humans are anatomically absent in the monkey and there no other brain structures in the monkey that have an analogous function. Our unique brain areas are primarily located high at the back and at the front of the cortex and are probably related to specific human cognitive abilities, such as human-specific intelligence.”

Findings were published in the Journal of Neuroscience.