The fact that people still debate the effectiveness of vaccines is ridiculous. Not only is there a trove of scientific evidence, but the results are easy to see with the naked eye. If you look at the history of any vaccine-preventable disease, you will virtually always see that the number of cases of disease starts to drop when a vaccine is licensed.

If you look at measles for example, you’ll see that the disease was virtually eradicated only 40 years afters vaccines were introduced, and similar trends can be observed for several diseases. Now, a new study found yet another way to see how vaccines are positively impacting society: using Google. 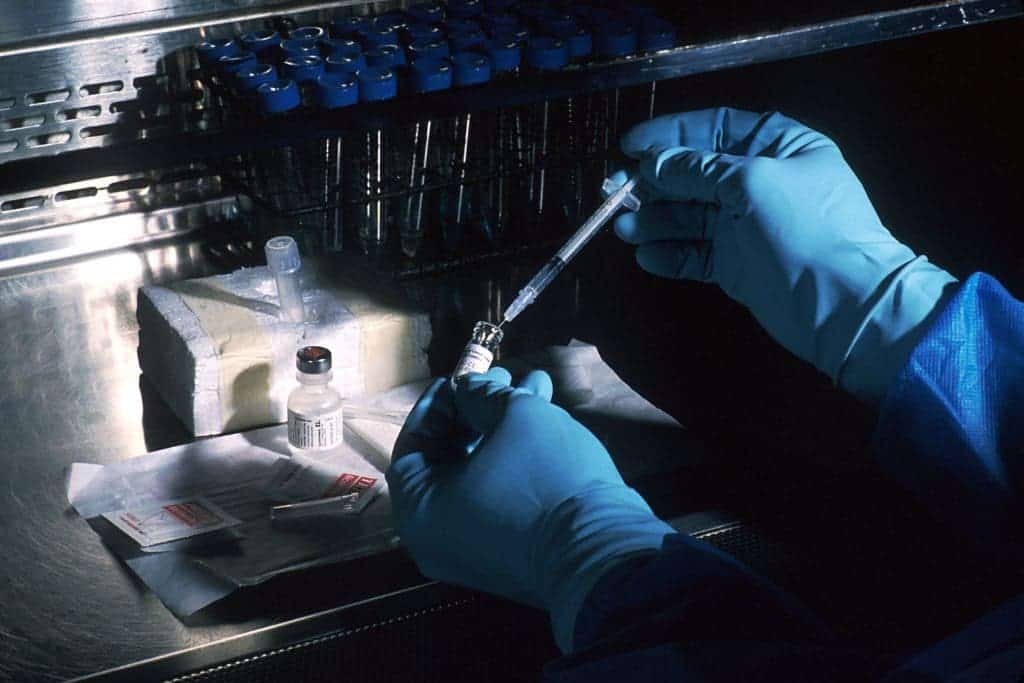 The idea behind the study is that people would search for information on diseases in the case of an outbreak. Google searches would spike in response as parents especially would use Google to find information about symptoms and treatment. Lead author on the paper, Kevin Bakker from the University of Michigan, discussed the results with ResearchGate:

“My research focuses on seasonal outbreak dynamics of childhood diseases, so I quickly noticed that the ‘peak season’ of searches for these diseases matched the timing of the actual outbreaks. This led us to examine whether or not searches were seasonal at a global scale.”

This kind of study is always going to be difficult to carry out because it can be quite tricky to know why people are searching for something. They focused on chickenpox because the symptoms of the disease are clear and hard to confuse for that of any other disease. They did manage to establish a strong correlation, though.

“We studied 36 countries across five continents and found springtime peaks on the global scale. Second, we needed to ground-truth these data – basically does the seasonality of searches correspond with the seasonality of outbreaks? This was the tough part, as very few countries make these clinical case reports available, we were only able to find Mexico, Estonia, the US, Australia, and Thailand. Using these clinical cases, we found a strong correlation between Google searches and clinical cases in countries that do not have nationwide immunization (Estonia, Mexico, and Thailand), but a weaker correlation for the US and Australia – both countries that vaccinate. This confirmed that Google Trends could be used as a proxy for clinical cases, with greater strength in countries without the vaccine.”

The next step was to establish the correlation with vaccines.

“These results led us to wonder whether we could examine the impact of immunization on Google searches. To do this we needed to find a country that implemented vaccination after 2004, the first year of Google Trends data. Since the US and Australia started vaccination in 1996 and 2001 respectively, they were out. Both the US and Australia have noisy data with regards to Google searches (meaning there is no significant seasonal pattern in searches). Many of the searches in these countries were related to ‘chicken pox vaccine’.

We found that Germany implemented the chickenpox vaccine in late 2004, then nationalized payment for the vaccine in 2007, and finally required a second, booster, dose in 2009. At the beginning of the data in 2004, the searches for ‘chicken pox’ in Germany were very seasonal, but as they instituted stronger vaccine requirements, the seasonality decreased consistently until 2011, when it became random noise. Linking Google searches to immunization, we can surmise that the drop in search seasonality is tied to the implementation of vaccination in Germany. Independent studies in Germany, looking at the vaccine effectiveness, have found similar results – that the chickenpox vaccine has greatly reduced the incidence of chickenpox cases.”

In the end, they established the success of the method and coined a term for it: digital epidemiology. Of course, digital epidemiology isn’t a replacement for the proper reporting of clinical cases, but it’s definitely a useful supplement – and it’s yet another way of showing that vaccines actually work.

2 thoughts on “Scientists find another way to show that vaccines work: using Google”