This is an odd start, but before we get into complicated things I want to talk about something near and dear to my heart—corn. Once upon a time, the corn we know and love (at least I do), used to be something called teosinte, a small green plant that doesn’t look anywhere near as appetizing. It is hard to believe, I know, but something very interesting happened. In the area that is now Mexico, this plant was identified as having potential as a food crop, so farmers began intentionally growing it. Being good farmers, they thought that maybe if they kept the seeds of the biggest ones and kept planting those they would get more food out of it. As it turns out, they were right. After ten thousand years of only planting the ones that produced the biggest kernels, we ended up with maize as we know it today. It’s bizarre but entirely true and it happened through a process we call artificial selection.

In nature similar, very strange changes can happen to species over time given enough pressure by the environment around them. Evolutionary biology is essentially the study of how organisms have changed over time to develop into new species. The topic is a bit contentious, as we all know, but there are also many common misconceptions about exactly how this process works. Thinking about it as a whole is difficult, with many points where it is easy to get hung up and confused. So, instead of looking at the big strange picture, we should start with a closer look at the little parts that make up the concept. As we move into this article, remember that, ultimately, every species needs to survive and reproduce because that’s how species continue to exist. With that said, let us take a look! 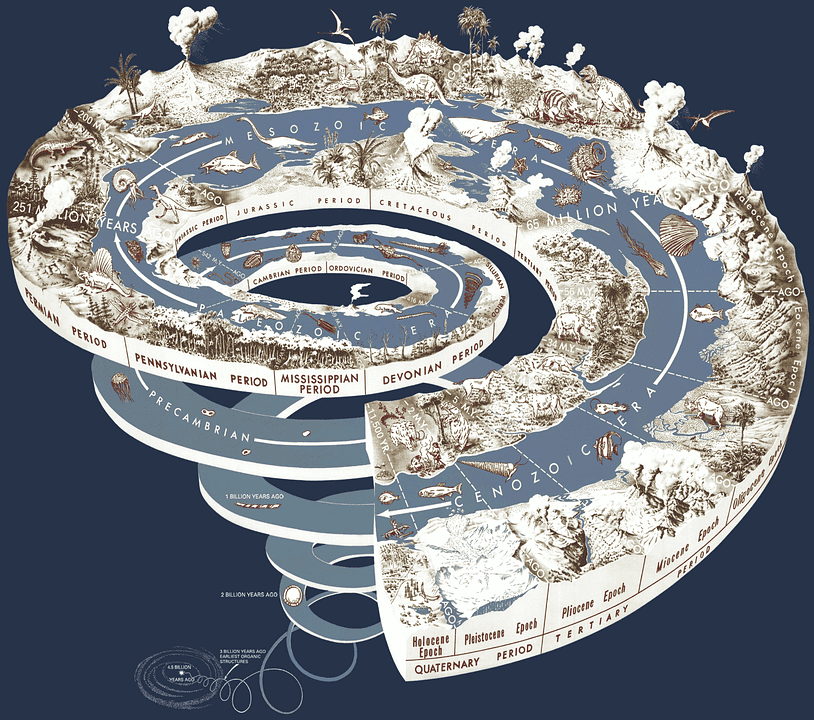 Let us consider two individuals, Tom and Jack. Tom is long-limbed, athletic, lightweight, and doesn’t have much body hair. Jack is shorter, has a fair amount of hair, and a larger, higher-fat build. If you put both of these men in a forest, it is likely that Tom will have a bit of an advantage with traversing, climbing, et cetera. However, take the same pair and put them in a windy tundra and Jack will likely do a lot better in the harsh weather.

Genetics plays a huge role in this, and your genes (genotype) are expressed through your outward characteristics, called your phenotype. Small brown lizards living in a forest are displaying (‘expressing’) genes that give them the small and brown phenotype, and maybe even more than tell them to like staying on surfaces that match their color. Which brings us to the next main idea, a process called natural selection.

Natural selection looks at the differences in the likelihood of survival and reproduction based on a species’ phenotype. Ultimately, in nature, creatures that have genes that result in fit phenotypes will survive and reproduce. This concept is where the term “survival of the fittest” comes from. The survivors live to have offspring and so genes in that population will, therefore, start leaning towards that fitter survivor genotype. Let us use an example.

Imagine that in a grassland there is a population of mostly large, green grasshoppers. They are doing well here because nature provides a lot of cover. This season, though, there isn’t much rain and the grassland starts turning brown and sparse. This means that the larger, brighter grasshoppers become much easier to see by predators and many of them get eaten. So, the next generation of grasshoppers ends up being mostly smaller and perhaps a bit less green, because the ones that best survived the change in the grasslands were the ones that were harder to see.

This is natural selection. Those built to survive in an environment will live long enough to have offspring, changing the gene variety in the next generation. The same process happens with plants, fungi, and microorganisms. An important thing to note here, though, is that this is only possible because a healthy population has a wide range of genes to choose from. Not all organisms of a species will be the same size or the same color or have the same features. 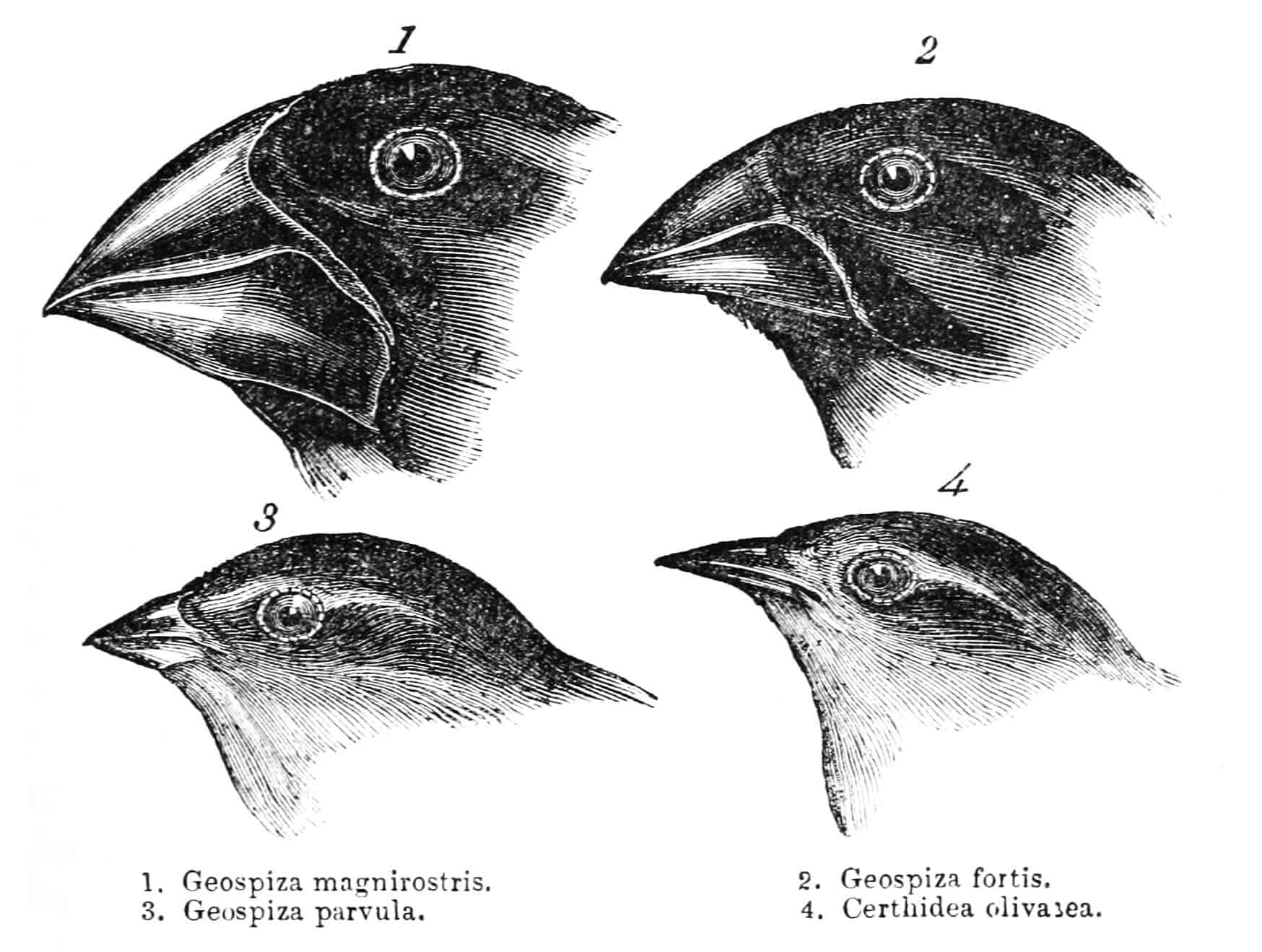 Charles Darwin is considered the father of modern evolutionary biology. He developed his theory of natural selection by observing the variations among the species of the Galapagos Islands. He was best known for his study of birds, which all occupied different niches on these far islands but bore obvious resemblances to mainland species. Image credits: John Gould.

Over a long period of time and given a lot of pressure, a population of organisms can change in significant ways. The reason we are now having an antibiotic crisis is that, after many years of exposing bacteria to chemicals designed to kill them, the ones that had the gene quirks allowing them to survive are the ones that were able to multiply. So now we have a large number of antibiotic-resistant bacteria to contend with which have whole sections of DNA that exist only to counteract these drugs—but that, of course, raises a question. If they didn’t have these genes before, why do they have them now? 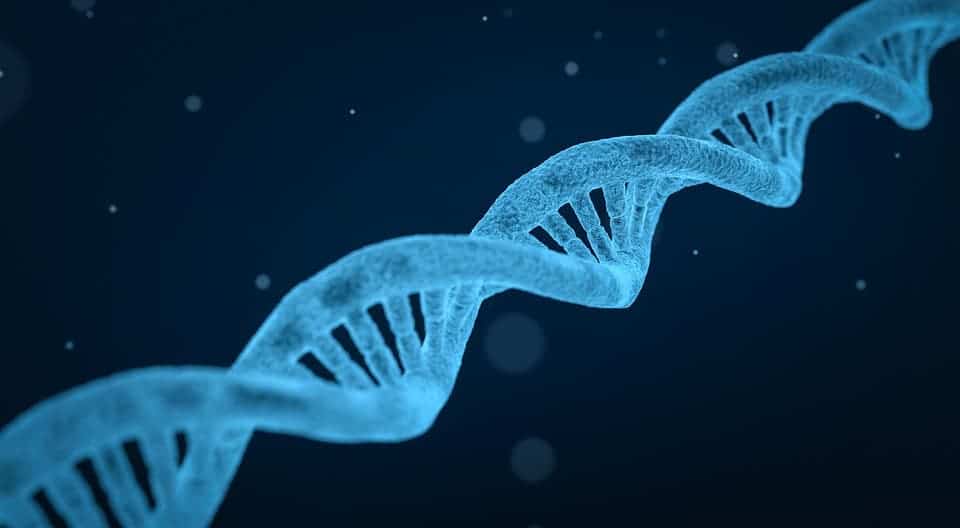 Mutation is a major factor influencing the process of evolution. Every so often, when cells are dividing, the mechanisms that copy bits of genetic data make a mistake. While it can often result in problems, it sometimes creates just what an organism needs to survive. One reason why HIV has been so hard to cure is that its reproduction process is unstable and prone to genetic errors. What this means is that the medication will work on most viral particles, but not all of them. The virus is, therefore, constantly evolving and the ‘error’, mutant forms that help it survive to persist due to natural selection.

Some mutations are overtly harmful, like mutations in hemoglobin genes that cause sickle cell disease, where red blood cells curve into a “sickle” shape. The mutation makes the cells less efficient oxygen carriers and more fragile, and sometimes they cause painful blockages and organ damage. However, these mutations continue to persist because if a person is only a carrier, having received the variant gene from only one parent, it has a protective effect against malaria—a common disease in the parts of Africa where sickle cell is most prevalent. The fragility of the cell due to the hemoglobin structure means the cell will often rupture before the parasite can reproduce. But, since the remainder of their hemoglobin is normal, they don’t experience most of the severe effects seen in persons with the full form of the disease. The carrier phenotype is, therefore, fit. Natural selection is a strange process indeed.

So we have looked at mutation, natural selection, and fitness. We have looked at bacteria and viruses and how these factors have made them survive and evolve on a smaller faster scale. Now, how does that translate to bigger more complex things?

Making Sense of it All

Imagine that there is a ground-dwelling species of mammal that lives in a forest. Many of them are competing for the same food sources. A few of them, have started climbing in the hopes of finding another food source. A mutation comes which makes one offspring’s claws curve a bit more, causing that individual to be better at climbing. It survives to reproduce. A few generations down the line, all its descendants may have these curved claws. Somewhere along the line, a descendant is born with unusually long limbs which makes it better at both climbing and jumping, this individual’s offspring may well, do better than others—and so on. These minor changes can add up over time, just like the biggest teosinte kernels being intentionally planted. In nature, however, it takes far longer than a neat ten thousand years to produce something as different as maize.

Let this mammal group adapt for many thousands of years with natural selection favoring climbing habits and hunting in trees. At the end of that time if you were to take one of these climbing adapted creatures and put them alongside the ground dwellers they would look very different. They may have a different body form, make different sounds, have eyes that are adapted to seeing at a distance, and so on. And, because of the amount of mutation and genetic changes that brought them to this point, any offspring born of a mix of these two creatures would be sterile like a liger or mule. Just like that, you now have two different species. This also speaks to a common misconception, the idea that if one organism advanced from another, the first one should be gone. That simply isn’t how the process works.

In nature, creatures will exist side by side as one group remains the same and others experience changes due to environmental pressure. It is strange, and hard to fully appreciate, but we have a bit of evidence that can follow the trail. Think even of the liger I just mentioned, the mere fact that a lion and tiger—two distinct species from two different regions—can produce offspring means that their genotypes must be similar enough to make an embryo viable. We interpret this to mean that these big cats must have some ancestry in common.

What Do We Know?

Though it happens over a very long period of time in creatures that take longer to reproduce than bacteria or viruses, there are a few ways we can observe that evolution is an acting process. If an organism has advanced from one form to another, it stands to reason that there had to be some forms in between. Well, though we don’t always have all the bits of the puzzle, the fossils we find often help us fill these gaps. For example, between dinosaurs and birds we have found species of feathered, winged dinosaurs like Archaeopteryx.

There are also several odd cases in nature of organisms growing parts they have no need for. Some snake species and legless lizards retain a pelvic girdle with no real function, dolphin embryos in development still start to grow hind limb buds that retract after a time, and many cave-dwelling or burrowing species retain non-functioning eyes. The fact that the genetic machinery required to make these structures happen exists, presents as evidence that these genes had a purpose at some point in the organism’s history.

There are other factors to consider as well. Genetic evidence frequently shows fairly small differences between one species and another of a similar type that cannot reproduce with each other. In fact, genetic evidence shows that a large variety of organisms have a surprising number of genes in common—whales, humans, bats, and cats all have the same bones making up their forelimbs. But, this gets into very complex discussion and murky waters. This article really just serves to give a background of a concept. Take the information here, interpret and think about it as you will and, of course, there are many other great sources of information on the topic out there. Whether evolution on a larger scale makes sense to you or not, hopefully we can at least agree that these smaller processes of change are things we can observe. By now, I hope, the idea of what evolution is and how it works is at least a little bit clearer.