For the first time, researchers in Germany have been able to create spinal cords in a Petri dish. To be more precise, they didn’t grow complete spinal cords, but neuroepithelial cysts, which are ellipsoid like and were about 60 μm in diameter. These cells express factors that are associated with spinal cord tissue and are in many ways similar to it. 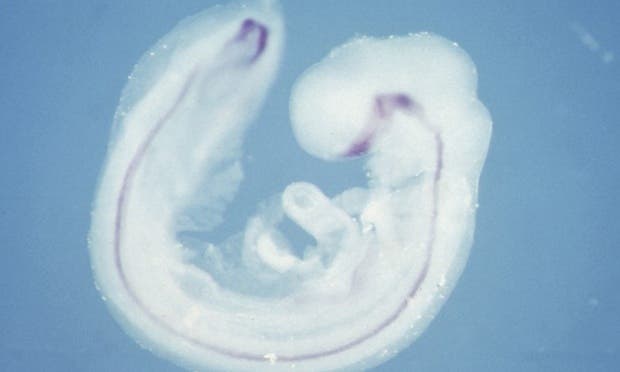 Regenerative medicine is entering its golden age, with new techniques showing more and more promise; the list of tissues that can be grown from scratch and then used continues to grow, and it may not be long before we can add spinal cells to the list. Among others, researchers have grown lung tissue, brain tissue, kidneys, a rudimentary liver and even a heart. In some cases, the organs were successfully transplanted to the patients, while in others, it was more a proof of concept than an actual medical procedure. Now, researchers in Germany have announced the development of spinal cords from embryonic stem cells.

Tissue engineering is highly complex. It involves cells, engineering and materials methods, and suitable biochemical and physico-chemical factors to improve or replace biological functions. Engineering organs is one of the most complex tasks one could ask for; the typical process relies on a biodegradable scaffold – a support for the growing organ to latch on which will provide the necessary nutrients. After the organ is developed, the scaffold simply dissolves into the body, without any negative secondary effects. The scaffold also delivers the signals needed for the stem cells to differentiate along the correct path and take the correct shape.

But when you start working on neuronal tissue, things get even more complicated – so complicated that in fact, the scaffolding technique is unsuitable – because one end has to ultimately connect to the brain, and the other has to connect to other parts of the spinal cord. So researchers had to follow a different path.

Andrea Meinhardt of the Dresden University of Technology and her colleagues therefore exploited a property of stem cells known as self-directed morphogenesis. Basically, with this technique, researchers can grow embryonic stem cells in three-dimensional suspension and with the right signals, they can make them organize themselves into complex structures such as eyes, or (in this case) neuronal tissue.

Meinhardt and colleagues improved this technique. They found that if you try to grow spinal cord cells this way, they start to secrete the “Sonig Hedgehog protein” – a crucial protein which ensures that all our limbs and organs are in the right place. The protein diffuses itself through the protein tube, creating a concentration gradient. Immature cells are sensitive to the concentration of Sonic Hedgehog protein, and begin to differentiate according to their position in the top-to-bottom axis of the neural tube. Basically, the cells nearest to the bottom, where the protein concentration is largest, will go on to become motor neurons that will later extend their fibres out to the muscles. Those further up are exposed to lower concentrations and will start to form local spinal circuitry.

Again, this does not mean that they actually created an entire spinal cord in the lab – but that they found a very specific technique to generate key cells in spinal cord. This study won’t immediately lead to new treatments, but the ability to grow patterned spinal cord tissue efficiently will certainly prove useful in the future. There are about 300,000 people in the United States living with spinal cord injuries as you read this.