It’s a story that almost everyone knows, ancient DNA is used to bring a long-extinct animal. No, we’re not talking about Jurassic Park, but something that is happening right now. Recently, I’ve been hearing of more and more schemes to bring back extinct animals from the dead. First, I heard about the woolly mammoth, and then the great auk, and then a handful more. Many animals have gone extinct because of humans, and now the technology exists to revive these long dead animals. Bringing these animals back is a way to restore their lost role in the ecosystem, right the wrong that brought them to extinction, and become one of the most impressive technological feats ever. However, I think that the uncertainties and costs to the endangered animals that are still alive are too great to justify these projects.

The future is now

One organization, Revive & Restore, is coordinating all the projects that are centered on reviving extinct animals. One reason that they support these resurrection projects is that an animal that played an important role in the ecosystem could be brought back. These animals would be revived to restore habitat. For example, woolly mammoths maintained a diverse grassland. However, after their death, the rich grassland became the species-poor tundra and boreal forest that we have today. Returning mammoths would theoretically bring back carbon-fixing grass, reduce greenhouse-gas-releasing tundra, and restore plants and grazer species (horse, bison, etc). Similarly, the passenger pigeon would disturb forest to stimulate more diversity. 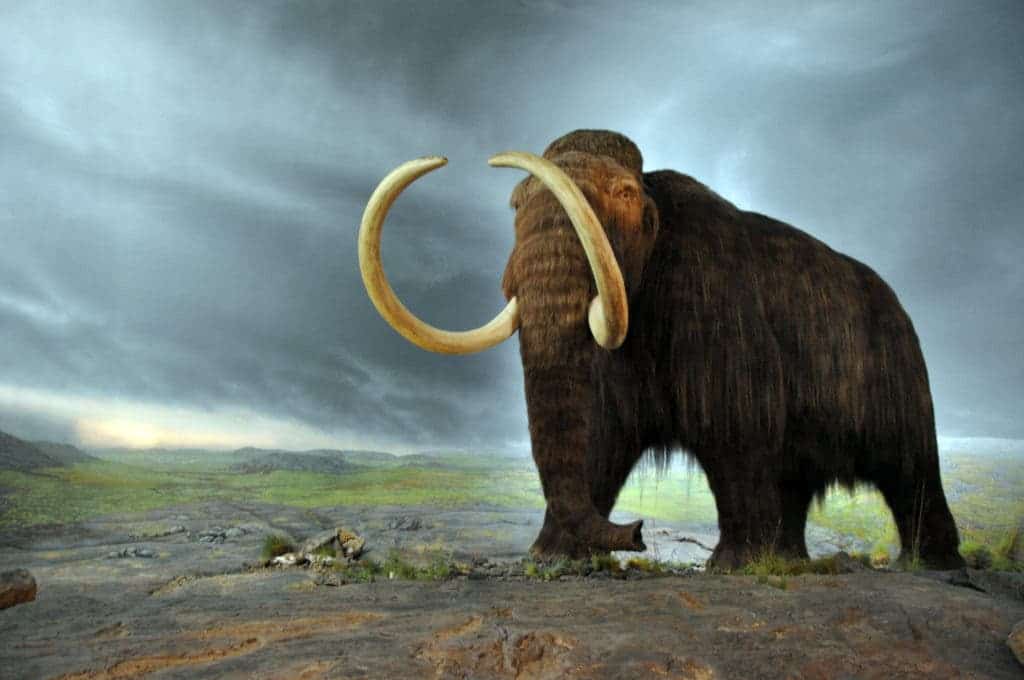 Can the mammoth make a come-back..and should it? Image credits: Flying Puffin

A few other arguments in favour of resurrecting species are rather emotional, such as to have these species as beacons of hope and as repentance from making these species extinct in the first place. The great auk was brought to extinction in a brutal way 200 years, with millions decimated and killed in inhumane ways such as being left to drift with feathers plucked out or used alive to start a fire. Bringing back the great auk, for example, would be a way to re-pay the guilt about how it was treated.

Ultimately, the feat would be a huge accomplishment, reaching the peak of scientific advances and playing God. I mean, what can’t science do if it can raise animals from the dead. In addition, these species would be conservation icons and help to raise more money for conservation.

We’re still a ways off from having wild-ranging mammoths or even raising any animal from the dead. First, DNA is taken from fossil or preserved tissue (such as from museums or frozen in permafrost). Dinosaurs are ruled out automatically because they have been extinct for more than 65 million years; their DNA is way too old to be recovered. So there isn’t any Jurassic Park in our future.

After taking the DNA, the whole genetic code of the animal is assembled. This provides a blueprint for creating the species. This blueprint can be edited into the embryo of a closely related living animal with the CRISPR technique. There needs to be a living relative to edit DNA into and a potential parent to give birth. For example, mammoth DNA has already been edited into Asian elephant DNA, and the embryo is hoped to be grown in an artificial womb. Great auks could be edited into razorbill DNA and geese could give birth to them. Other strategies are to breed descendants or clone the animal with cells from preserved tissue. 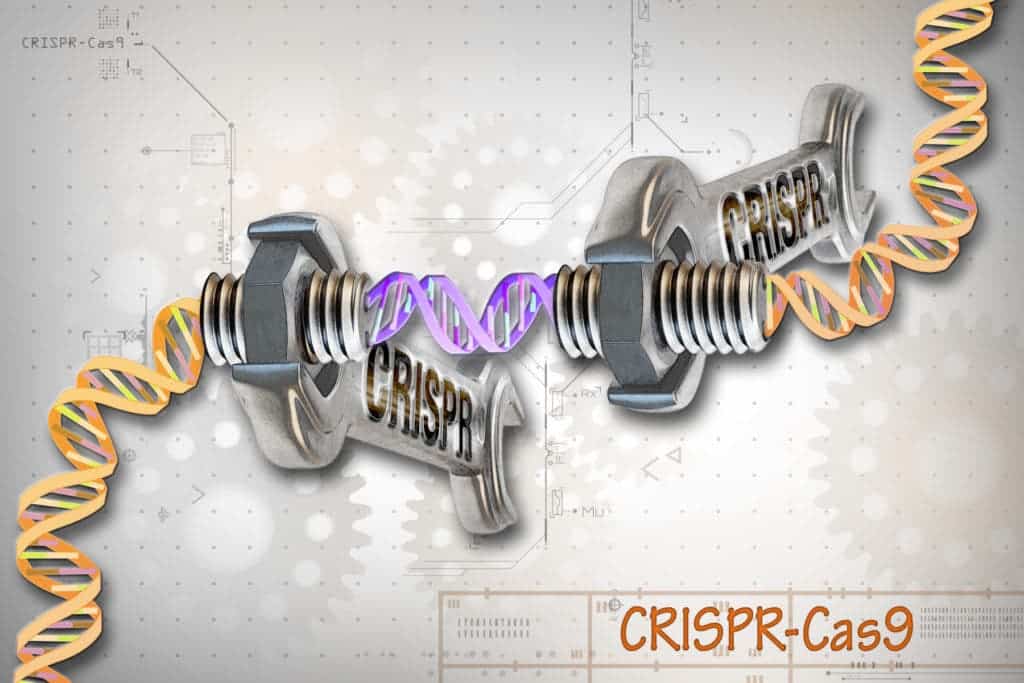 The goal is not to make a perfect copy of the extinct animal, but to focus on adaptions to make the living relative able to live in the original habitat. For example, the project to bring back woolly mammoths will not create a pure mammoth, but an Asian elephant with mammoth features. In any case, it is not possible for the copy to be 100% identical to the original because ancient DNA is very degraded. It’s like have a blueprint with parts missing. However, the resurrected animals are hoped to have the same ecological role as the old ones. The whole process will take many decades. First, the advancements need to be made for these animals to be born. Then they will be first bred in captivity, with the ultimate goal of release in the wild.

Projects to bring back woolly mammoths, heath hens, and passenger pigeons are already underway and in the preliminary stages. A few other nominated animals are Stellar’s sea cow, Tasmanian tiger, gastric brooding frog, dodo, and the Carolina parakeet. 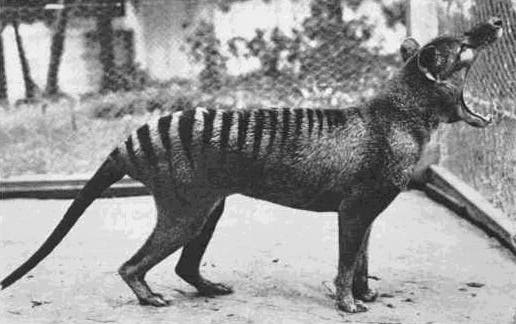 The Tasmanian tiger is one candidate for resurrection. Image credits: Bellarmine University

Although it sounds good, I’m very skeptical about the resurrected species being similar enough to the original animal to be able to perform its “keystone” role in the ecosystem. There are only very limited accounts of the original animal’s ecology, morphology, and behavior. Will the new animals be able to perform their old role? These animals will not be just like the originals. Will the Asian-elephant-mammoth hybrid have the mammoths’ ecological knowledge? If they are plopped into the subarctic but don’t have a mammoth’s instincts then they will die quickly.

Habitats have changed a lot since these animals went extinct, would they be able to survive? For example, there are no mammoth-maintained grasslands in the subarctic anymore. Will the mammoths be able to survive long enough to change the landscape to its optimal condition? Climate change may have contributed to their extinction in the first place, and the globe has gotten a lot warmer than 4,000 years ago. Also, how many mammoths would you need to achieve this? The starting population would likely be tiny. These arguments could be applied to any of the other species slated for resurrection, though the prospects are better for a species that recently went extinct. 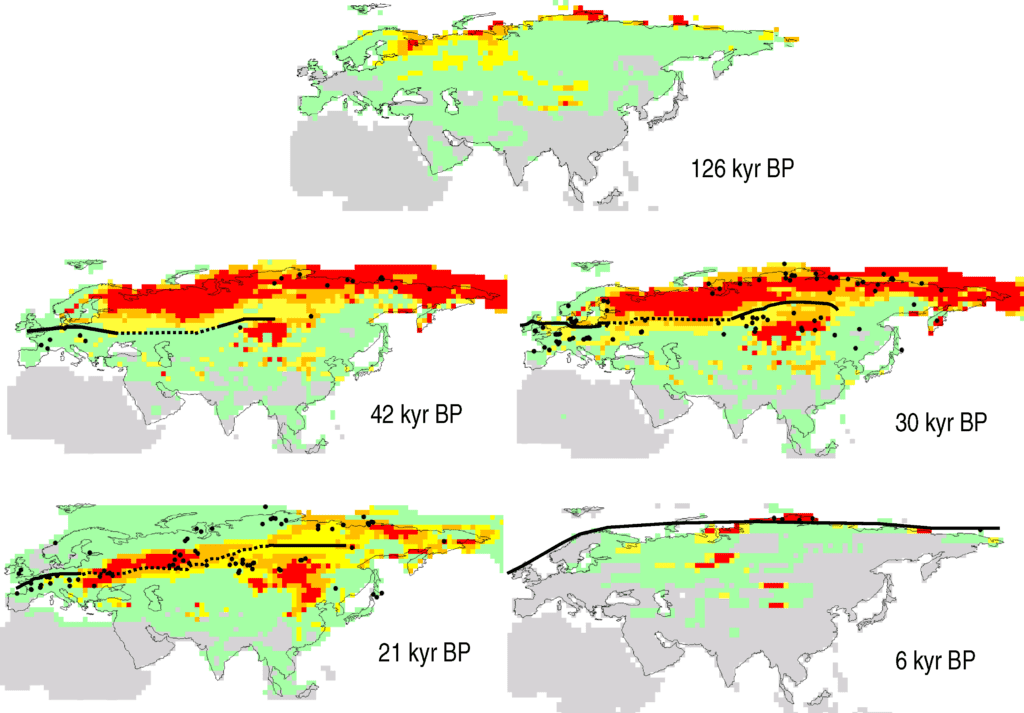 In addition, many introductions of foreign animals into an ecosystem to solve a problem have actually gone terribly wrong and done much more damage than good. For example, cane toads that were supposed to kill a pesky beetle didn’t eat the beetle and have thrived, spreading diseases to native amphibians. The eastern mosquitofish was introduced around the world in the 1930s and 40s to eat mosquito larvae and prevent malaria. However, it eats a lot and has caused native fish and frogs to become threatened. There are many other examples. These cases involve animals that are alive and that we should know more about. Extinct animals are a total wild card. These species could become invasive, spread disease, outcompete important species, and have unknown effects on the ecosystem. It’s really just impossible to predict.

One study led by Dr. Joseph Bennett of the University of Queensland published on the 1st of March found that bringing back extinct species could lead to overall biodiversity loss rather than gain. Conservation budgets are already very limited. Government funding for 11 extinct species in New Zealand could sacrifice the conservation of almost triple the number of alive species (31). Under the case where there is external funding, of five extinct species from New South Wales, external funding would be used to conserve eight times as many species (42). This is generously assuming that the resurrection of species is covered by other funding, and costs to maintain the animals would be similar to related alive animals. 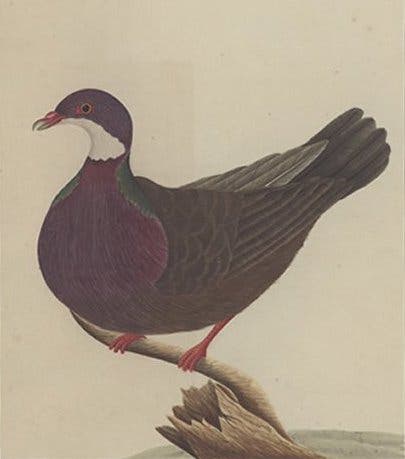 The Lord Howe Pigeon is one extinct species from New South Wales that was included in the study. Image credits: Georger Raper

A program using stem cell technology and surrogates to prevent the extinction of the northern white rhino, will cost several million dollars. Since a resurrected species would be similar, we are looking at similar costs to introduce extinct species. The re-introduction of locally extinct (but not completely extinct) species would have lower risks and costs because we know more about the animals.

Other things to consider

Is a brought back woolly mammoth still a woolly mammoth? It would be part-Asian elephant and part mammoth. Could this really fulfill the iconic image or be a disappointment? In addition, if it did become an icon, as hoped, it could further draw funds from helping currently endangered animals to resurrecting other animals.

Is the resurrection of extinct animals even logistically possible? The birth of the mammoth would involve inventing a massive artificial womb, which has not been achieved yet. The closest that we’ve come to an artificial womb is to sustain a mouse for half of its gestation period, 10 days. Mammoths would be pregnant for about 22 months, and likely be more complicated to sustain. A project that brought back mice that were extinct through cloning produced only seven healthy clones out of 1,100 attempts. Mice reproduce a lot and quickly, so any other animal would take a lot of time to achieve success. Would the new animals be healthy and reach their life-expectancy? Would you be able to breed large numbers from scratch and successfully introduce them in the wild? 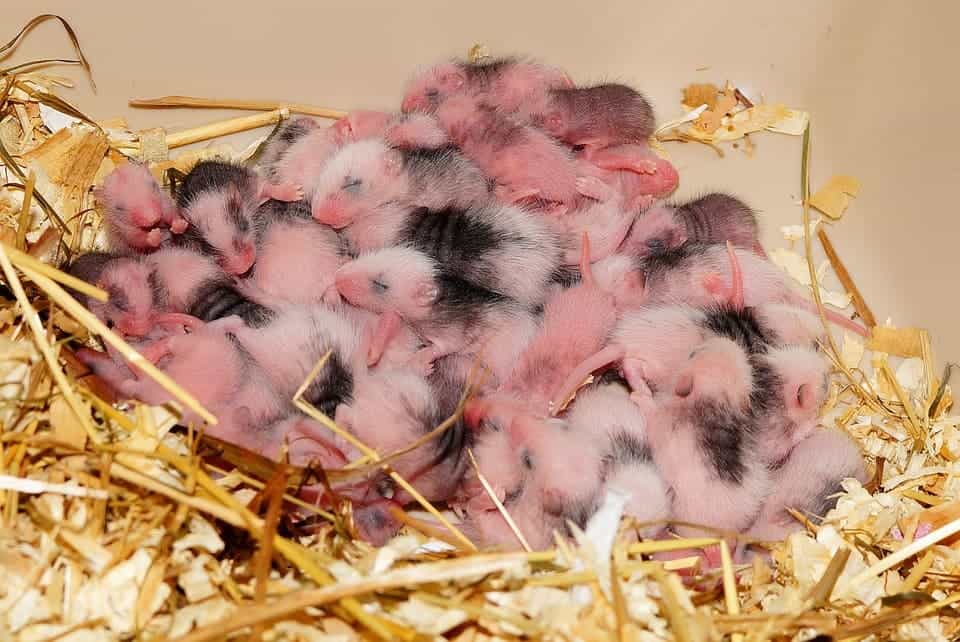 All in all, there are too many uncertainties and high costs which would make this project, though revolutionary, unwise to embark on since they are so many species that are alive, and would be much easier to save, that deserve our attention. What is the good of bringing back a mammoth if you lose 50 other unique animals?