In what’s maybe the most startling research I’ve been granted to read about recently, scientists from South Korea at Seoul National University, home to the world’s only strictly genetic engineering curricula, have successfully created a dog that can glow in the dark.

The genetically modified female beagle, named Tegon, was born in 2009 using a cloning technique which could help find cures for human diseases such as Alzheimer’s and Parkinson’s. Far from being a twisted joke, the whole experience can be marked as practice. By inserting genes into dogs that cause human illnesses and then swithiching these on and off, researchers are able to study them and come up with cures. 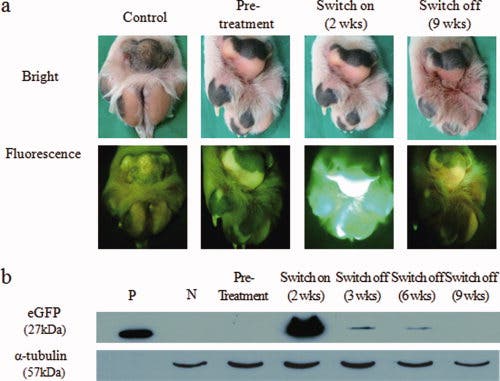 The dog’s remarkable translucent ability was rendered possible after the South Korean scientists added eGFP (enhanced green flourescent protein) to the nucleus of a cell and placing it inside of an egg. The researchers, who completed a two-year test, said the ability to glow can be turned on or off by adding a drug to the dog’s food, called doxycycline.

“The creation of Tegon opens new horizons since the gene injected to make the dog glow can be substituted with genes that trigger fatal human diseases,” lead researcher Lee Byeong-chun said.

The same somatic cell nuclear transfer technology, which was used to create Tegon, was employed for the creation of Snoopy, the first cloned dog, in 2005 at the same university. Two years ago, the same scientists, produced Ruby Puppy, or Ruppy, a red-fluorescent-glowing dog.

The whole $3 million study can be read in detail at Genesis, the Journal of Genetics and Development.