Research has identified one gene that makes primate brains unique — including our own. 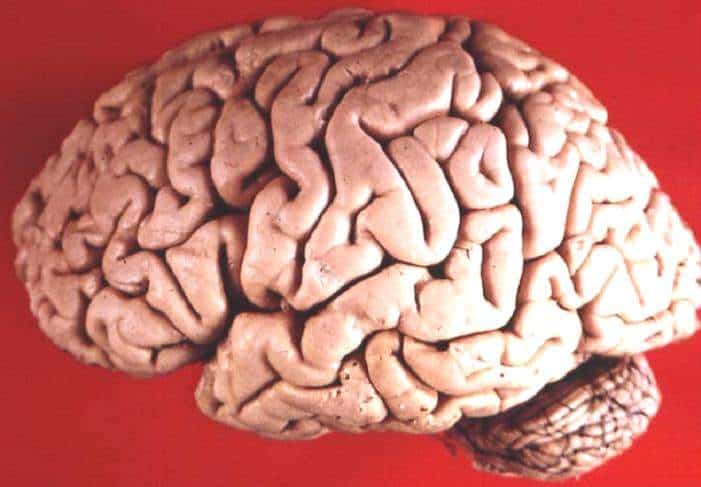 Great apes and humankind owe their high-achieving brains to a single gene. Called PLEKHG6, this gene drives certain aspects of brain development in a different direction in primates as compared to other mammals, the team reports.

“Broadly speaking, this gene can be thought of as one of the genetic factors that make us human in a neurological sense,” says Dr. Adam O’Neill, lead researcher on the study.

The study aimed to determine if primate brains develop differently from those of other animals. The hypothesis was that this leads to higher cognitive power and increased size, but also potential issues tied to the organ’s increased complexity. More to the point, these genetic differences would predispose humans and primates to neurological or psychiatric conditions that other animals are just too simple to develop.

“Such genes have been hard to find,” O’Neill explains, which is why they decided to study sick, rather than healthy, brains. They looked at the genomes of children with a certain brain malformation called periventricular nodular heterotopia. This condition sees a subset of neurons fail to move to their correct spot in the brain as the organ develops, resulting in a range of symptoms such as epilepsy or delayed development.

“We found a ‘damaged’ genomic element in a child that had the attributes of such a primate specific genetic factor,” he explains.

The team used cultured “mini-brains” to study the condition. This technique involved coaxing harvested skin cells to transform into tiny brain-like structures in the lab. All in all, the team found that a particular genetic change in PLEKHG6 which disables one of its components altered the gene’s ability to support the growth and development of stem cells in the brain.

It was previously known that these cells behave differently in primates than other animals, but not which gene regulated their activity, says professor Stephen Robertson, who supervised the research — O’Neill carried it out as part of his Ph.D. at the University of Otago. The present study shows that a particular component of the PLEKHG6 is the regulator and that it was acquired relatively recently in our evolutionary history.

Dr O’Neill says there are very few primate-specific elements in our genome. This discovery adds to a very short list of genetic factors that, at least in one sense, make us human. The work also helps provide more information about the list of genes that are altered to cause this particular type of brain malformation.

“Such an understanding positions us to better understand how a brain builds itself- knowledge that will add to our ability to design strategies to repair the damaged brain, especially early in infancy where there are still lots of stem cells around,” he says.

“Personally, I also think it does underscore how it is very subtle nuanced differences that separate us from other animals. Our anthropocentrism could be a whole lot more humble.”

The paper “A Primate-Specific Isoform of PLEKHG6 Regulates Neurogenesis and Neuronal Migration” has been published (PDF link) in the journal Cell Reports.