In a recent post I was telling you about Russian and Japanese researchers working together with the purpose of cloning a mammoth from bone marrow DNA recently found in Siberia. However, many researchers are extremely skeptical about this, including some of the world’s leading experts.

“C’mon, it’ll never happen. Not in my lifetime,” said Webb Miller, a Penn State computer scientist and genomicist who helped decipher the genetic code of a woolly mammoth. 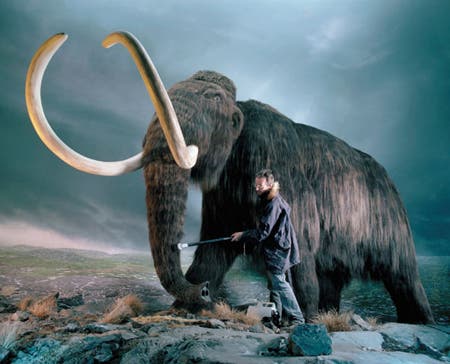 Japanese and Russian scientists have been trying for a long time to find the key to cloning mammoths, and they recently declared they found a suitable candidate in the Siberian permafrost. Their plan is to take the nuclei of bone marrow cells, transplant them into egg cells extracted from elephants and then implant the cloned embryos into a surrogate elephant mother. Their news report claims “there is a high likelihood” that biologically active nuclei can be extracted from the frozen marrow. But Miller doesn’t believe that.

“DNA from a woolly mammoth is a mess,” he explained. “It’s fractured into very short pieces, and there’s a lot of postmortem DNA damage other than just breakage. The code gets damaged a lot.”

Even if they manage to go through with the procedure, the odds for cloned animals aren’t really that good – especially with extinct or near extinction species. There is no official number, but there are way, way more failures than successes. However, Miller says there is much value in studying and understanding extinct DNA, even without a ‘resurrection’.

“I’m looking out my window, and 13,000 years ago, there were some really interesting animals out there,” he mused. “They’re gone now, and I’d like to know why. … Understanding which species survived and which ones didn’t, looking at their genome and trying to figure that out, that’s interesting to me.”

One thought on “Cloning a mammoth ? Not so fast!”