People from the Americas may have been making their way to the Easter Island way before Dutch commander Jakob Roggeveen arrived in 1722, according to new genomic evidence; this new evidence showed that the isolated Rapanui people shared a strong connection with Native American populations hundreds of years earlier. This evidence shows that early Americans undertook the 4000 kilometer route to Easter Island – or the Rapanui took the journey to America and back. 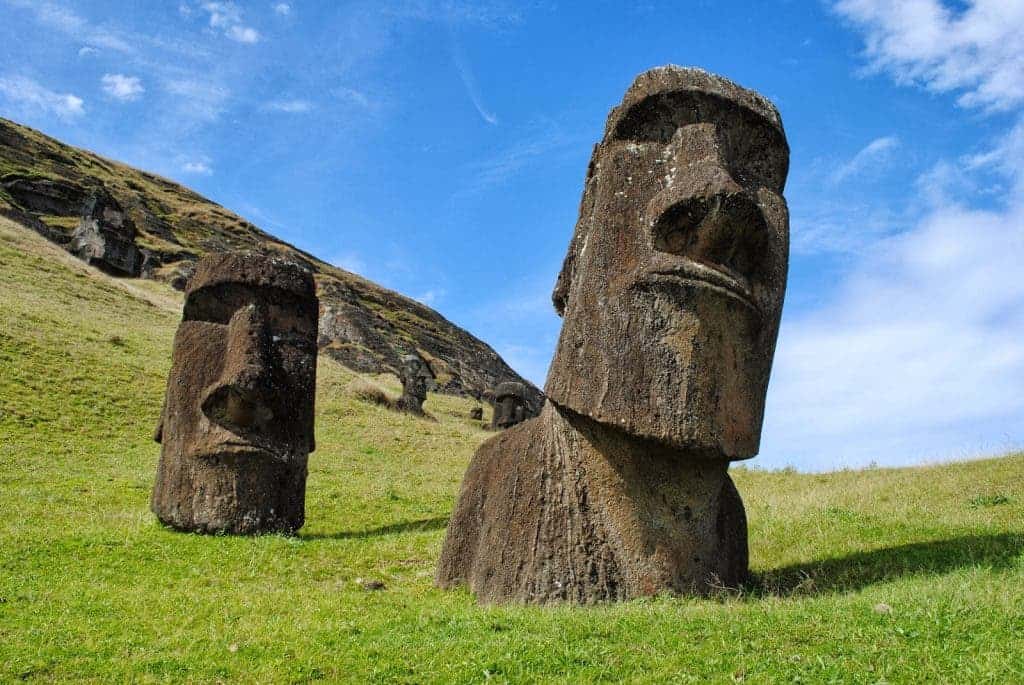 Easter island is famous for its large human head statues, called moai. A total of 887 monolithic stone statues have been inventoried on the island and in museum collections so far. Image source.

Easter Island is one of the most mysterious places on the face of the Earth. A Polynesian island in the southeastern Pacific Ocean, it was inhabited by Polynesian settlers, who developed a thriving community. However, human activity, the introduction of the Polynesian rat and overpopulation led to gradual deforestation and extinction of natural resources, which in turn, led to the demise of the Rapanui population, as they are called. By the time the Europeans arrived in 1722, the island had just 2-3000 inhabitants, from over 15,000 just a century ago. Currently, there are 5,800 residents, of which some 60% are descendants of the aboriginal Rapanui.

A new study has shown that early Americans may have been visiting Easter Island way before that, which is remarkable since the island is one of the remote places on Earth. It is also an indicator of how powerful genomic evidence is, and how we need to rethink what we thought about early exploration.

“[The findings] are a reminder that early human populations extensively explored the planet,” says Anna-Sapfo Malaspinas from the Natural History Museum of Denmark’s Centre for GeoGenetics. “Textbook versions of human colonization events — the peopling of the Americas, for example — need to be re-evaluated utilizing genomic data.”

This is not the first time American contact has been suggested for Easter Island. The first settlers arrived on the island around AD 1200, in canoes; there were probably between 30 and 100 Polynesian men and women. They settled on the island, despite (or perhaps because) it was so remote, taking them probably a few weeks or even months to reach the first inhabitable island. But there is evidence that they had contact with the outside world. The most notable is the presence of crops native to the Americas in Polynesia, including the Andean sweet potato, long before the first reported European contact. Under reasonable circumstances, this could only mean that someone from the Americas arrived on Easter Island, bringing with them native plants. Now, this theory has been not only confirmed – but also placed in a time frame.

Genome-wide analysis of 27 native Rapanui showed that there was significant contact between the island people and Native Americans sometime between approximately AD 1300 and AD 1500, 19 to 23 generations ago. They also mixed with Europeans, but much later, in about 1850 – over 100 years after they first reached the island. Personally, I find it quite curious that it took Europeans a century to start settling there, but the remoteness of the island may be an explanation. Today, as this study revealed, the genetic heritage of the Rapanui is 76% Polynesian, 8% Native American, and 16% European. 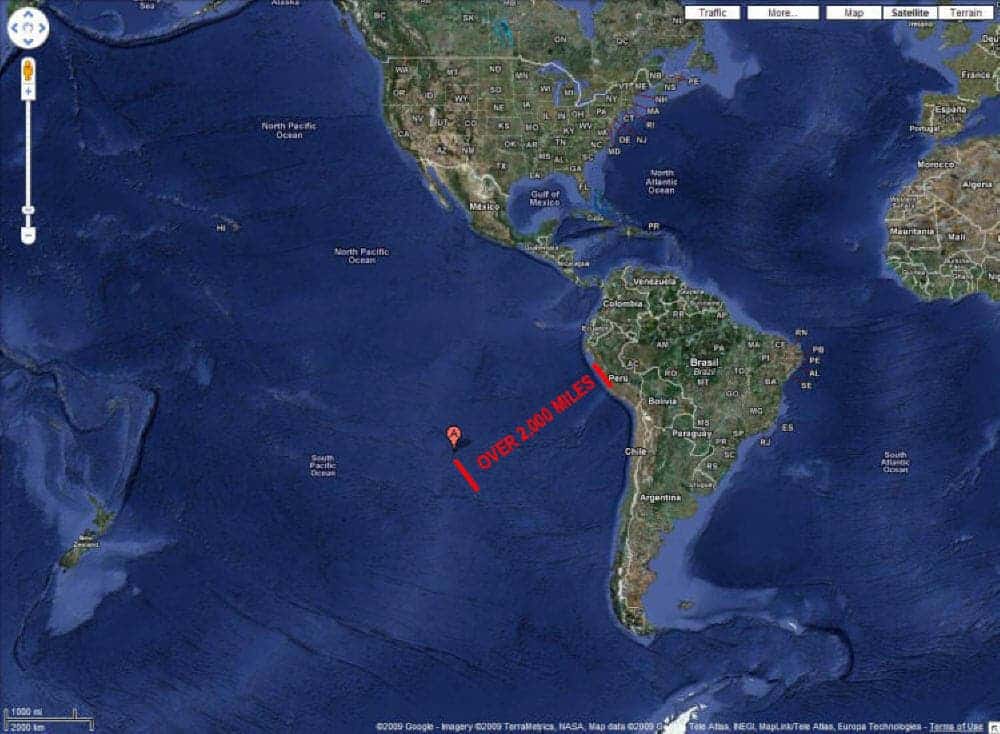 It seems more likely that the Rapanui navigated to the Americas and back than the other way around.

Now, there are two theories for this – either Americans sailed to Rapanui or Polynesians sailed to the Americas and back. The former seems less likely than the latter. First of all, the Rapanui were experienced sailors – as demonstrated by the fact that they reached Easter Island in the first place. Second of all, it would have been pretty difficult for Americans to reach Easter Island – it seems much more likely that the Rapanui found America, because basically, if they went east, they reached America. As previous studies note, “all sailing voyages heading intentionally east from Rapa Nui would always reach the Americas, with a trip lasting from two weeks to approximately two months.” On the other hand, the trip from the Americas to Rapa Nui is much more challenging, which would have made it likely to fail or miss the island completely. From the Americas, Rapanui is indeed a small target.

Whatever the case, the Rapanui were (and still are) an amazing culture – so surprising that they actually force us to rewrite history books when it comes to early explorers; and genomic studies are the perfect tool to do just that.