The insertion of one gene can shut down the extra chromosome which causes Down Syndrome, according to a study published today in Nature. 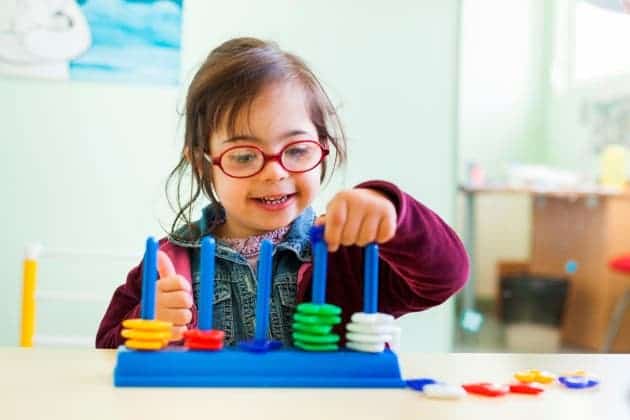 Down Syndrome (DS), also known as trisomy 21, is a genetic disorder caused by the presence of all or part of a third copy of chromosome 21. It’s the most common chromosome abnormality in humans, and it is commonly associated with a delay in cognitive ability (usually mental retardation), physical growth, and a set of distinctive facial characteristics. Down syndrome is named after John Langdon Down, the British physician who described the syndrome in 1866.

It’s estimated that approximately 1 in every 700 hundred babies are born with DS. There is no cure, no real improvement treatment, and while this method doesn’t provide a cure, it is the stepping stone in developing a treatment.

“It’s a strategy that can be applied in multiple ways, and I think can be useful right now,” says Jeanne Lawrence, a cell biologist at the University of Massachusetts Medical School in Worcester, and the lead author of the study.

Lawrence and her team devised an approach to mimic the natural process that silences one of the 2 X chromosomes carried by all female mammals (men carry XY instead of XX). Both chromosomes contain a gene called XIST (the X-inactivation gene), which, if activated, produces an RNA molecule which surrounds the the chromosome entirely, sealing it away from other reactions. In female mammals, one copy of the XIST gene is activated — silencing the X chromosome on which it resides.

The team then spliced the XIST gene into one of the three copies of chromosome 21 in cells from people suffering from Down Syndrome. They also inserted a genetic switch that allowed them to turn on XIST by dosing the cells with an antibiotic (doxycycline).

“The idea of shutting off a whole chromosome is extremely interesting” in Down’s syndrome research, says stem-cell researcher Nissim Benvenisty of Hebrew University in Jerusalem. He anticipates future studies that split altered cells into two batches — one with the extra chromosome 21 turned on, and one with it off — to compare how they function and respond to treatments.

Even though the experiment was successful on lab cells, the method has its drawbacks – turning on XIST may not block all gene expression in the extra chromosome, and the results are hard to estimate if this would happen.

Still, this is a promising step towards developing innovative, efficient treatment for people suffering from Down Syndrome.