A genetic change allowed wolves to make the transition from wild beasts to domesticated animals, with a starch-rich diet and less meat. 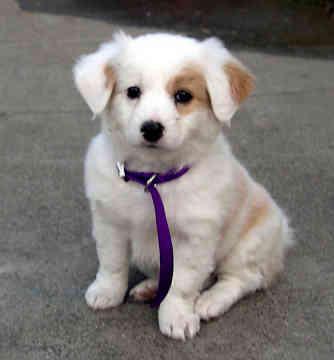 Researchers from Sweden, Norway and the United States compared the DNA code of wolves to that of domesticated dogs.

“Our findings show that the digestive system of dogs have adapted to be able to live on a diet similar to ours,” co-author Erik Axelsson from Uppsala University in Sweden  said of the study published in the journal Nature.

Previous research had already shown that the domestication process began when wolves started to scavange waste dumps associated to human settlements, some 7.000 to 30.000 years ago.

“A completely new piece to the puzzle is our finding of a more efficient starch digestion in dogs,” Axelsson said by email. “In addition, it suggests that the domestication process took off when agriculture developed.”

Basically, dogs that better addapted to this starchy diet did better in terms of evolution, and as time passed, the wolves who were better at digesting this kind of food lived on to become dogs.

The team compared the sequenced genomes of 12 wolves from different areas in the world with those of 60 dogs from 14 breeds, and found 36 genomic regions that had probably been modified through domestication. Interestingly enough, most of of these regions were related to brain function, including central nervous system development, which probably explains why dogs are typically less aggresive than wolves.

Also, researchers found three genes involved in starch developed, which probably played a big role as well. The dog was probably the first animal domesticated by man, something which was extremely important for our development as a species.

“This emphasises how insights from dog domestication may benefit our understanding of human recent evolution and disease,” said the study.