Researchers in Germany have reprogrammed human blood cells, as well as other types of cells, into a previously unknown type of neural stem cell. These cells are similar to those that develop during the early embryonic stage of the central nervous system. In the future, such cells — which can be multiplied indefinitely — might become a fundamental building block for novel regenerative therapies. 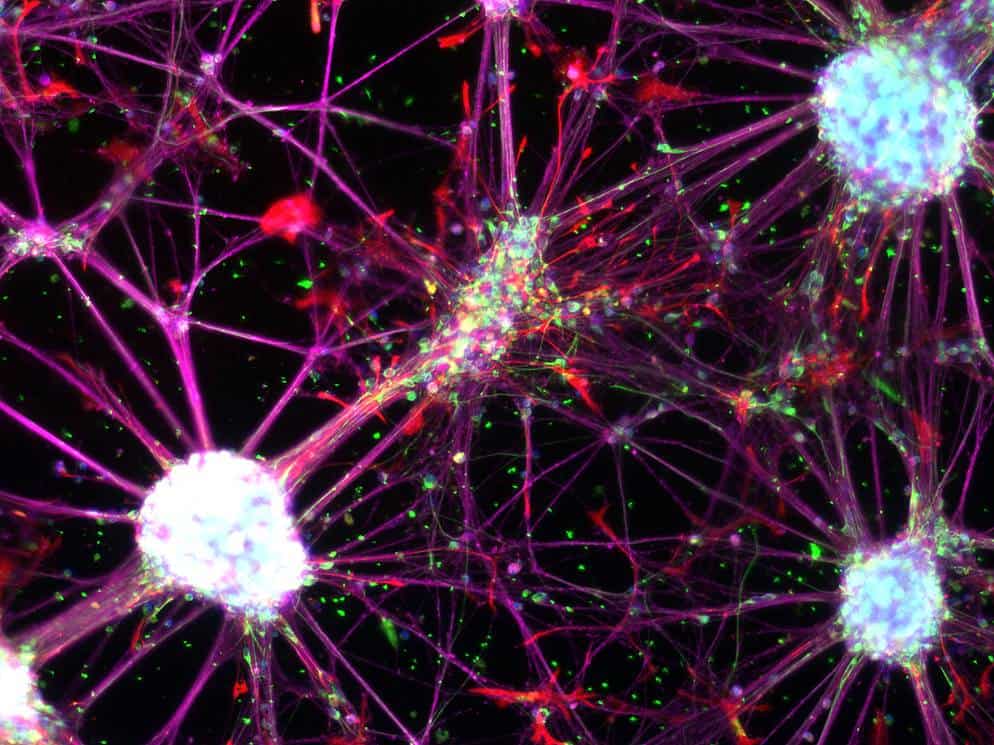 Stem cells are cells with the potential to develop into many different types of cells, while also serving as a major and robust repair system for the body. Using a very loose analogy, one might say stem cells are a bit like Transformers –in that they can transform into all sort of different things, have both positive or negative effects, and are pretty darn cool.

The problem with stem cells used to be that scientists could only harvest them from embryos, which obviously has many downsides, both ethical and practical. But that all changed in 2006 when Japanese researcher Shinya Yamanaka found a way to reverse the course of development of adult cells, thereby turning them back into stem cells — so-called induced pluripotent stem cells (iPS). By using four genetic factors, Yamanaka demonstrated how virtually any type of cell, be them skin cells or pancreas cells, could be coaxed into transforming into embryonic-like stem cells, which can then be transformed into any type of cell. For this monumental discovery, Yamanaka was awarded the 2012 Nobel Prize for Medicine.

Andreas Trumpp, a researcher at the German Cancer Research Center (DKFZ) and Director of HI-STEM in Heidelberg, used a similar technique to Yamanaka. Trumpp and colleagues used four genetic factors as well, but these were different, which led to the reprogramming of cells to an early stage of development of the nervous system.

Previously, scientists had been able to a degree to reprogram mature cells into nerve cells or neural precursor cells. However, the resulting nerve cells could not be multiplied and only existed as a heterogeneous mixture of different cell types, making them inappropriate for therapeutic purposes.

In contrast, the reprogrammed cells using the technique developed at Heidelberg produces homogeneous cells, which resemble a stage of neural stem cells occurring during the embryonic development of the nervous system, and can be used medically. The researchers call them “induced Neural Plate Border Stem Cells” (iNBSCs), which can develop in two important directions: cells of the nervous system or cells of the neural crest (i.e. peripheral sensitive nerve cells, skull cartilage).

Trumpp and colleagues successfully reprogrammed tissue cells of the skin or pancreas, but also blood cells. This means that in the future, a patient who suffers from a disease of the nervous system could be treated simply by drawing blood, and then having nerve cells made from those blood cells plugged back into the body.

“This was a major breakthrough for stem cell research,” Trumpp said in a statement. “This applies in particular to for research in Germany, where the generation of human embryonic stem cells is not permitted. Stem cells have enormous potential both for basic research and for the development of regenerative therapies that aim to restore diseased tissue in patients. However, reprogramming is also associated with problems: For example, pluripotent cells can form germ line tumors, so-called teratomas.”

The authors claim that iNBSCs could be incorporated into personalized medicine. Since the donor cells come from the patient, the immune system will recognize the differentiated iNBSCs as its own, thereby avoiding any rejection issues. Furthermore, iNBSCs can be modified using CRISPR/Cas9 — the gene editing tool that scissors bits of DNA and then glues the strands back together.

“They are therefore of interesting both for basic research and the search for new active substances and for the development of regenerative therapies, for example in patients with diseases of the nervous system. However until we can use them in patients, a lot of research work will still be necessary,” Trumpp concluded.

The findings were reported in the journal Cell Stem Cell.