Leafcutter ants in South America grow fungus as crops, this has been known for quite a while. But their crops show clear signs of domestication, which means that when it comes to farming, the ants might have beaten us by some 50 million years. 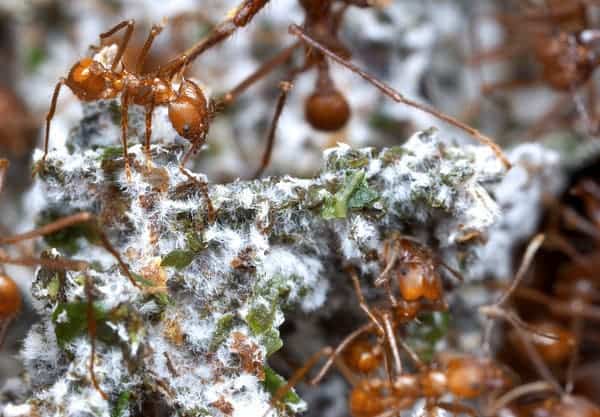 When people started growing crops, they unwittingly made changes to the plants’ genome. For example, wheat, bananas, tobacco and strawberries are all polyploid – more than two paired (homologous) sets of chromosomes.  Now, Danish researchers from Copenhagen have found that leafcutter ants crops exhibit similar traits. While natural fungus and the one grown by less specialized ants consistently has two copies of each set of chromosomes, leafcutter crops are ployploid, having between five and seven copies. This is a major indication that a plant (or in this case, a fungus) is becoming domesticated.

“Polyploidisation is the fastest way to make a domesticated crop,” says Rachel Meyer from New York University. It makes it larger and more robust because it increases the number of copies of each gene, producing more gene products like growth hormones and immune proteins.

Early humans favored polyploid plants for their productivity and increased yield, and the same is probably happening with the ants.

“About 50 million years ago, fungus-growing ants gave up their lives as hunter-gatherers to become fungal farmers,” says Kooij. He thinks the leafcutters took it further by selecting the more productive, polyploid fungi and encouraging their growth.

There was another similarity between the ants and early human farmers: as agriculture developed, populations grew by several orders of magnitude. Unspecialized ants can have colonies of thousands or tens of thousands of workers, while leafcutter ant colonies number in the millions. These extremely successful insects basically dominate the rainforest, with a single colony having yields of up to 500 kilograms from their fungal crops.

“The results of our study provide yet another piece of the puzzle to explain how these ants have been so extremely successful,” says Kooij. 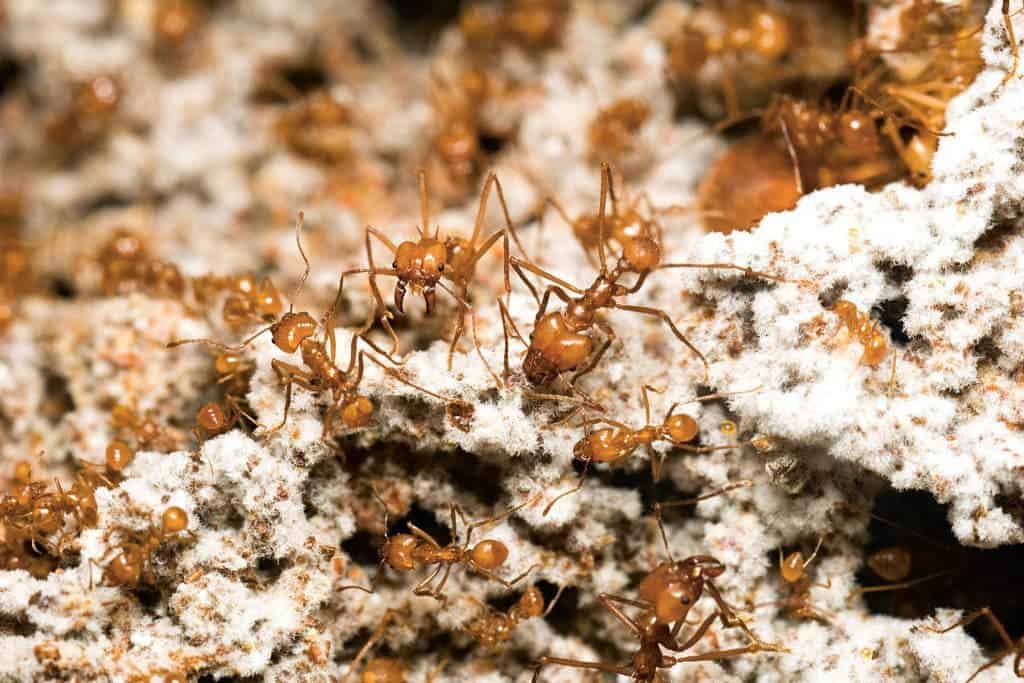 Previously, the ant-fungus relationship was considered a type of symbiosis, but more and more research has hinted to the idea that the ants are actually growing the fungus, and this is not simply a biological relationship. Fungus-growing ants actively propagate, nurture and defend the fungus. When a queen starts a new colony, she actually takes a pellet of the fungus with her, starting a new garden at the new colony site. The relationship is so specialized that in most cases, the fungus doesn’t even grow outside the ant colonies, and there are no ant colonies without the fungus – it’s strikingly similar to human agriculture.

But there’s another side to it: polyploid species are often unable to reproduce sexually, which means that there is less risk for breeding with external species. This means that the crop is limited to asexual reproduction: this also means that plants like bananas for example have no seeds, which makes them tastier for us. It seems logical that the same is happening for ants.

So, as I was discussing with some friends, does this mean that ants are intelligent? This seems to suggest so.