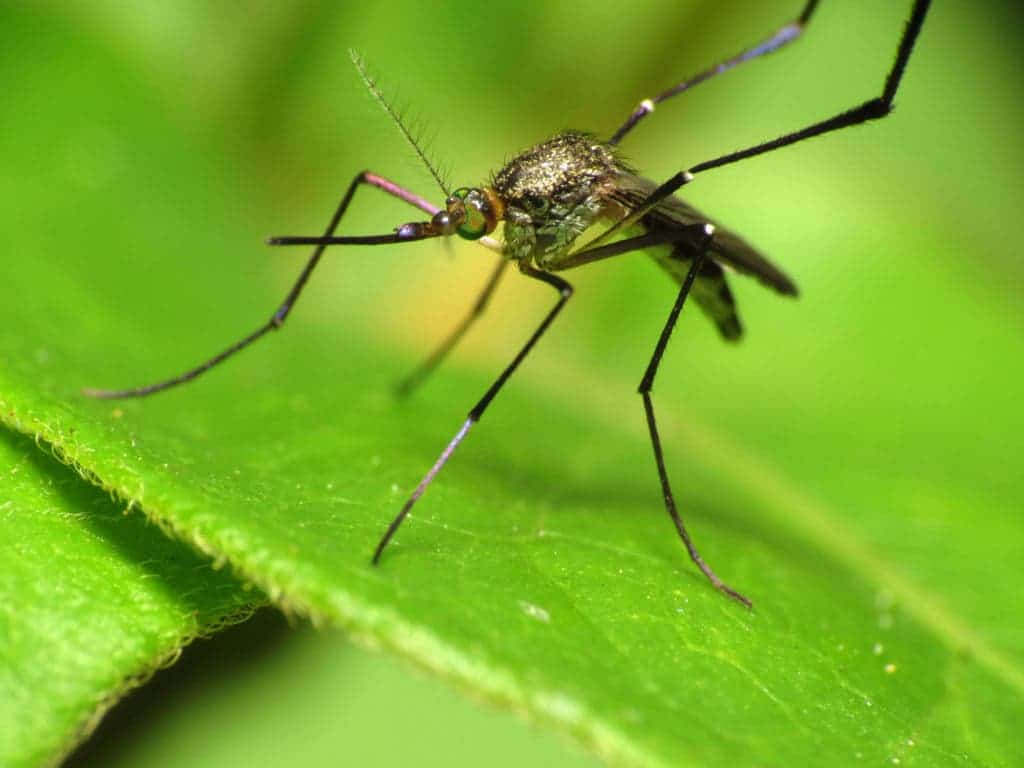 Malaria carrying mosquitoes have caused the extinction of more than two dozen bird species in Hawaii. Should they be destroyed using irreversible gene editing before other birds meet the same fate? Credit: Wikimedia Commons

Members of the International Union for Conservation of Nature (IUCN) have gathered in Honolulu, Hawaii to discuss the implications of rapidly evolving gene-editing tools and techniques in wildlife conservation. One important topic is the use of so-called “gene drive” which can be used to control populations or downright wipe out entire species. On one hand, many species threatened by other invasive species could be saved — but on the other hand, it could go out of control with irreversible and unpredictable consequences.

This is no easy debate

Sexually reproducing organisms typically have a 50 percent chance of inheriting a given trait from either parent. What the gene drive does is it changes the odds. For instance, scientists could engineer mice so that the offspring would be exclusively male, putting an end to runaway breeding and protecting other species.

In Brazil, a biotech company called Oxitec engineered mosquitoes that have a sort of self-destruct gene which prevents offspring from reaching adulthood — an effort to stave off the Zika pandemic that’s swept the nation. The Oxitec mosquitoes are genetically modified organisms, though, which in the conventional sense means DNA from a foreign organism was inserted to produce the desired traits.

Gene drive is fundamentally different because it involves genome editing and not foreign DNA insertion. Central to gene drive technology is CRISPR-Cas9, a tool which can be used like a molecular scissor to cut the DNA strand to remove a mutation, then glue it back together.

In Hawaii, 38 forest birds have gone extinct due to avian malaria which is carried by mosquitos, and 21 of the remaining 32 species are at risk. One suggested proposal involves using gene drive to render the mosquitos on the island incapable of carrying the disease by turning their immune system against the malaria-causing parasite. The added benefit is that local authorities don’t need to spray harmful pesticides throughout the ecosystem. In the case of invasive species, gene drive could be used to wipe out entire populations.

Clearly, this is a very powerful technology and those who propose actively using it tread on thin ice.

“As a scientist who worked on it, I am particularly concerned because we scientists are ultimately morally responsible for all the consequences of our work,” said Kevin Esvelt, an assistant professor at the Massachusetts Institute of Technology (MIT), at a panel discussion at the IUCN meeting in Honolulu.

“It should be a requirement that no one gets to build a gene drive or any technology designed to alter the shared environment in a laboratory without making their proposals public first,” he said.

“That means if you do it behind closed doors — as is traditional in science — then you are not giving people a voice in a decision that might affect them.”

But others from the same panel are concerned that many birds in Hawaii are doomed and gene drive seems to be their only chance to survive as a species.

“You have heard the urgency in the voices of my colleagues here worried about the birds and the trees,” said Anthony James, professor of microbiology and molecular genetics at the University of California Irvine School of Medicine.

“One of the key things that is going to be important for this technology is the ability to get these genes out in a very rapid way in the population.”

Some biologists, like Floyd Reed from the University of Hawaii, claim that gene drive technology is far more diverse and need not be a capital, genocidal solution. Reed and colleagues at his lab are currently experimenting with fruit flies and the genetic phenomenon called “underdominance.” This drive system can be halted before it gets out of hand because a trait’s ability to spread, like one that programs mice only to breed males, is dependent on what percentage the release population is. In other words, a threshold needs to be reached before a trait becomes desired across a whole population — say x% of gene drive mosquitoes need to be introduced for their trait to be assimilated by the whole population. If you want to reverse this effect, you introduce y% percent normal, unmodified mosquitoes back into the population.

When dealing with global gene drives, however, things ought to be handled a lot more cautiously.

“These should be treated extremely cautiously. And there are other types of population modification genetic technology that are safer, geographically self-limiting, and reversible,” Reed said in a statement for the AP.

The IUCN World Conservation Congress where 9,000 heads of state and environmentalists gathered to debate conservation and the state of the art in technology is ongoing until September 10. So far, the panel approved a motion that prohibits IUCN from endorsing or supporting gene drive field trials until a comprehensive review of the technology has been made.