We all know that flies are nasty and annoying, but most people just brush them off. Well, we might want to be more careful with them, as a new study shows that the two most common fly species can harbor more than 600 different bacteria. 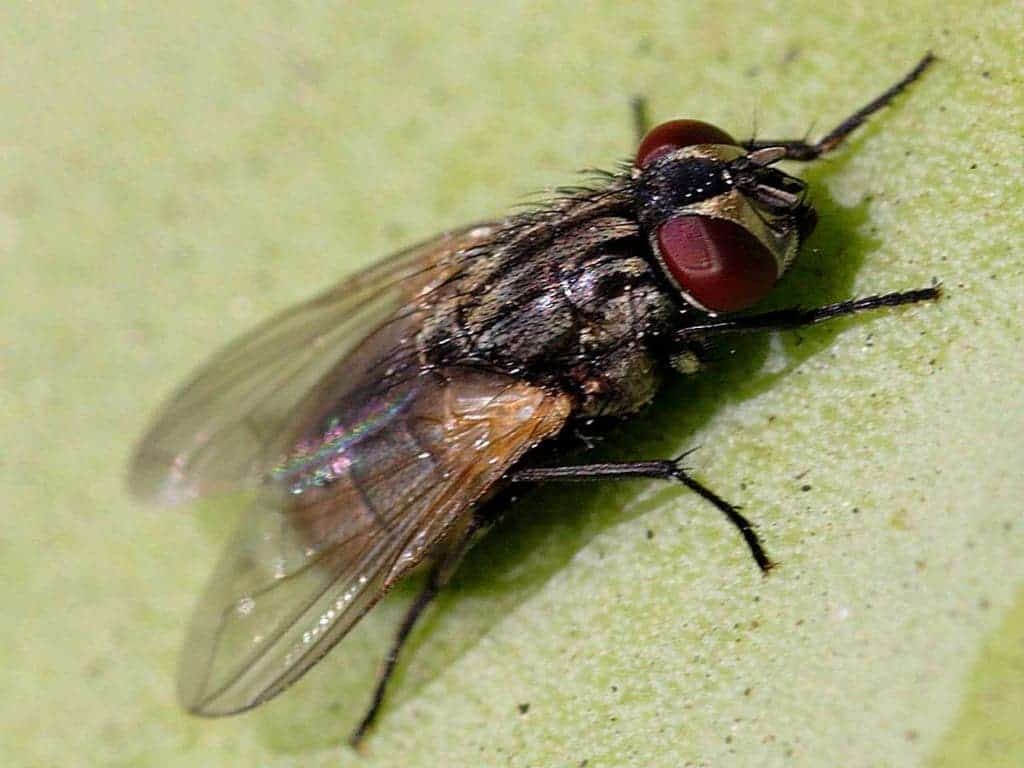 Has this guy landed on your food? If so, you might want to think twice before eating. it. Image credits: Jon Sullivan.

Most people are aware that flies can carry dangerous pathogens, but few people are aware of the extent of that danger. To shed some light on said pathogens, researchers used DNA sequencing techniques to study the collection of microbes found in and on the bodies of the house fly (Musca domestica) and the blowfly (Chrysomya megacephala). In total, they analyzed DNA found on 116 flies from three different continents. They found that the house fly, which is virtually ubiquitously in the world, can carry up to 351 types of bacteria, while the blowfly, limited to the warmer parts of the world, carried 316. All analyzed individuals carried a large number of pathogens.

“We believe that this may show a mechanism for pathogen transmission that has been overlooked by public health officials, and flies may contribute to the rapid transmission of pathogens in outbreak situations,” said Donald Bryant, Ernest C. Pollard Professor of Biotechnology and professor of biochemistry and molecular biology, Penn State.

Stephan Schuster, former professor of biochemistry and molecular biology, Penn State, and now research director at Nanyang Technological University, Singapore says that the flies’ legs especially can carry bacteria from one surface to another.

“The legs and wings show the highest microbial diversity in the fly body, suggesting that bacteria use the flies as airborne shuttles,” said Schuster. “It may be that bacteria survive their journey, growing and spreading on a new surface. In fact, the study shows that each step of hundreds that a fly has taken leaves behind a microbial colony track, if the new surface supports bacterial growth.” 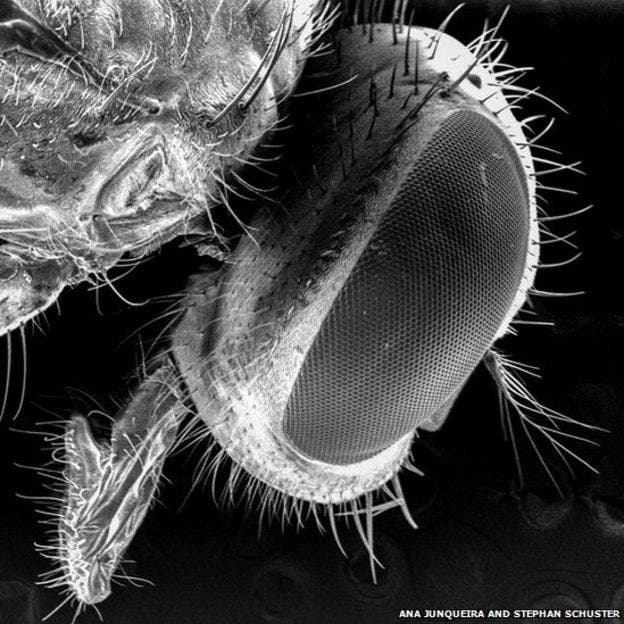 Researchers used a scan electron microscope to find where bacterial cells and particles attach to the fly body. The electron microscope captures an up-close look at the head of a blowfly in this picture. Image credits: Ana Junqueira and Stephan Schuster.

Since both flies are carrion species, they’re quite likely to pick up a swarm of bacteria and then pass them on to us. They also use feces or decaying, rotting corpses to nurture their young, which not only makes them pretty disgusting but also dirty and dangerous. Feces and decaying organic matter are a haven for flies, but they’re also a haven for bacteria (including nasty ones).

However, researchers say that there is some good news to come from their research. They believe that flies could be used as “drones” to research how pathogen-prone an environment is. Basically, they say we could release clean flies into an area, they would naturally pick up the bacteria from said area, and scientists could recapture and analyze them, thus learning what pathogens hide there.

The study also revealed that the two fly species share over 50 percent of their microbiome and that flies from urban areas tended to carry more bacteria than their rural counterpart. The potential, then, for flies to carry diseases may increase when more people are present. But most importantly, researchers want the general population to pay more attention to flies and their interaction with our food.

“It will really make you think twice about eating that potato salad that’s been sitting out at your next picnic,” Bryant said. “It might be better to have that picnic in the woods, far away from urban environments, not a central park.”

The article was published in Scientific Reports.