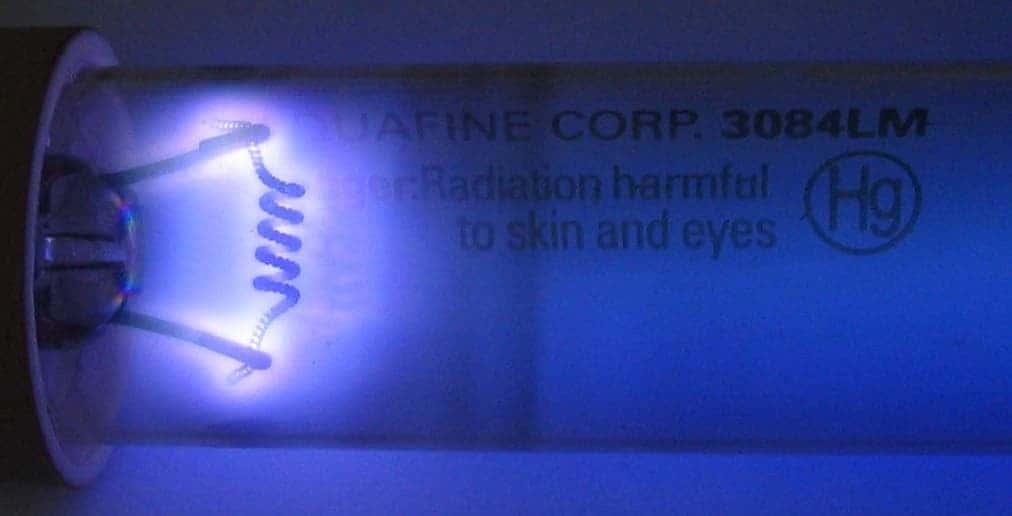 Continuous but low doses of far-ultraviolet C light (far-UVC) will kill airborne flu viruses while leaving human cells unscathed, new research has found. Their use in hospitals, doctors’ offices, schools, airplanes, and other public spaces could become a powerful tool against seasonal influenza epidemics, and influenza pandemics, according to a study from the Center for Radiological Research at Columbia University Irving Medical Center (CUIMC).

Tan-tastic way to fight the flu

Researchers have known for decades that short-wavelength UV light (dubbed UVC) is highly effective at killing bacteria and viruses. That’s because the radiation’s relatively tiny wavelength, of between 200 and 400 nanometers, allows it to pierce through the organisms’ shells and wreak havoc on the molecular bonds in their genetic material. In fact, it’s so good at doing it, that conventional UV light is routinely used to disinfect and decontaminate surgical tools and equipment.

“Unfortunately, conventional germicidal UV light is also a human health hazard and can lead to skin cancer and cataracts, which prevents its use in public spaces,” said lead author David J. Brenner.

However, the narrow spectrum of ultraviolet light called far-UVC retains this microbe-killing potential but without the ability to damage human tissue. That’s the spectrum that Brenner and his team focused on in their research. Previously, Dr. Brenner’s team proved that far-UVC light could kill MRSA (methicillin-resistant S. aureus) bacteria, a common culprit for surgery-associated infections, without harming human or mouse skin.

“Far-UVC light has a very limited range and cannot penetrate through the outer dead-cell layer of human skin or the tear layer in the eye, so it’s not a human health hazard. But because viruses and bacteria are much smaller than human cells, far-UVC light can reach their DNA and kill them,” he explains.

Influenza spreads from person to person mainly through fine drops of liquid (aerosols) that float around after people cough, sneeze, or talk. The study examined whether far-UVC light could efficiently kill aerosol-borne influenza viruses in settings similar to a public space. They worked with an aerosolized H1N1 virus, a common strain of the flu, which they released into a test chamber, and later exposed to very low doses of far-UVC light (222 nm). A control group was similarly aerosolized but not exposed to UVC light.

The results showed that far-UVC light inactivated the viruses with roughly the same efficiency as conventional UV disinfection treatments. If the results can be recreated in other settings, the team is confident that overhead, low-level far-UVC lighting in public locations could form a powerful tool for limiting the airborne transmission and spread of microbial diseases, “such as influenza and tuberculosis,” said Dr. Brenner. It would be a comparatively cheap measure, as far-UVC lights are relatively inexpensive and broadly-applicable.

“Unlike flu vaccines, far-UVC is likely to be effective against all airborne microbes, even newly emerging strains.”

The paper “Far-UVC light: A new tool to control the spread of airborne-mediated microbial diseases,” has been published in the journal Scientific Reports.