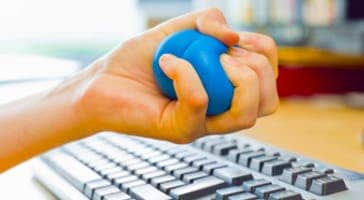 Society today is becoming ever stressed out it seems. According to a recent American Psychological Association poll, nearly a quarter of Americans confessed to currently feeling under “extreme stress,” however not all of us are as stressed under the same conditions. For instance, there’s a general consensus in the medical world that women are better at coping with stress than men, despite it’s been unclear why. Recently, however, University at Buffalo researchers have published a paper in which they suggest that estrogen in the brain allows females to better withstand chronic stress.

Although its not considered psychiatric disorder per se, chronic stress can be a trigger for the development of psychiatric disorders in vulnerable individuals – this in the worst case scenario, the rest of the time it’s a real pest that comes in the way of happiness. Females have been found to be more resilient to stress, a fact that has been accounted to responsibilities inequality in the past (men went to work, fought wars, engaged in vices, while women stayed at home to tend children), however this explanation isn’t sufficient today’s gender equal society.

UB researchers led by  Zhen Yan, PhD, a professor in the Department of Physiology and Biophysics in the UB School of Medicine and Biomedical Sciences, found that there is actually a molecular mechanism that underlines gender-specific effects of stress. Namely, it seems females respond better to stress thanks to the protective properties of estrogen.

This conclusion came after the scientists subjected rats, both males and females, to a one week-long session of period stress. Female rats which went through the stressful physical restrain showed no impairment in their ability to remember and recognize objects they had previously been shown. In contrast, young males exposed to the same stress were impaired in their short-term memory.

Yan and colleagues had shown in a previous study published in the journal Neuron showed that repeated stress results in loss of the glutamate receptor in the prefrontal cortex of young males. The glutamate receptor is the brain region that controls working memory, attention, decision-making, emotion and other high-level “executive” processes.

Correlating with present findings, its clear the rat young males had trouble properly signaling the glutamate receptor. The glutamate receptor in stressed females, however, was found to be intact. The researchers had an educated hunch that estrogen plays a key role in this gender differentiation of stressful effects, so they manipulating the amount of estrogen produced in the brains of rats. Thus, the UB researchers were able to make the males respond to stress more like females and the females respond more like males.

“We still found the protective effect of estrogen in female rats whose ovaries were removed,” says Yan. “It suggests that it might be estrogen produced in the brain that protects against the detrimental effects of stress.”

In the current study, Yan and her colleagues found that the enzyme aromatase, which produces estradiol, an estrogen hormone, in the brain, is responsible for female stress resilience. They found that aromatase levels are significantly higher in the prefrontal cortex of female rats.

That’s not to say that we might be seeing estrogen treatments to males; the side-effects would be devastating. Other solutions might be found, however. The study’s key finding however is that it yet again strengthens the idea that the glutamate receptor is responsible for stress mitigation, a fundamental aspect other researchers could use to develop effective treatments.

“If we could find compounds similar to estrogen that could be administered without causing hormonal side effects, they could prove to be a very effective treatment for stress-related problems in males,” she says.

The findings were published in the journal Molecular Psychiatry.