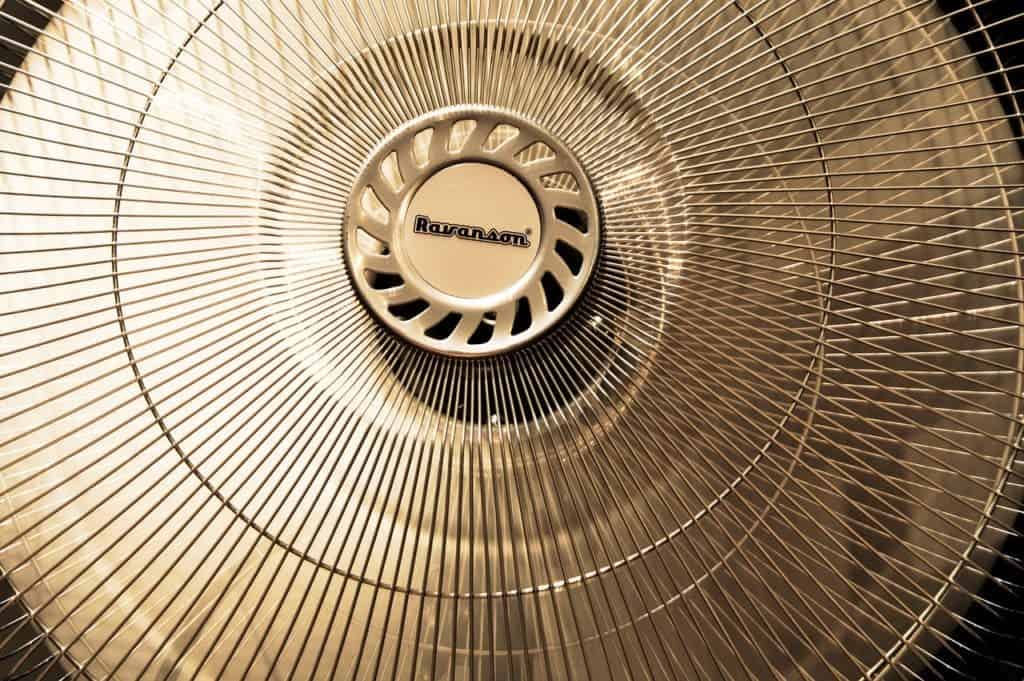 Heatwaves are becoming increasingly unbearable. For instance, this summer has set new records for high temperatures around the northern hemisphere. The UK has witnessed its driest summer in modern history, Japan reported its hottest local temperatures, and Scandinavia, known for its frigid temperatures, has been sizzling in temperatures over 30°C (86°F). Naturally, many resort to electric fans to cool off. But for those age 60 or older, this might actually make things worse when temperatures are in excess of 42°C (107°F), according to a 2016 study.

An electric fan is not air conditioning, and in most cases, if you use it during a hot summer day the air being blown in your face may actually be warmer than your body. The heat contained in the air is then absorbed by our skin, which in a way is similar to how an oven fan blows hot air inside to increase convection and cook food faster — but you still feel cooler after turning the fan on.

While at first glance, a fan should actually make our bodies warmer, not cooler, this isn’t the case because the human body isn’t a closed system. We generate heat all the time and it’s imperative we blow it out otherwise, we overheat – and that’s how people can die of fever.

Central to regulating body heat are the skin, sweat glands, and blood vessels. The dermis, which is the middle layer of the skin, stores most of the body’s water. If it gets too hot, sweat glands activate and migrate that water, along with the body’s salt, to the surface of the skin — a watery solution we know as sweat. Once at the surface of the skin, the water evaporates and cools the body keeping it in a healthy temperature range. That’s why you feel so refreshed and even trembling cold after a swim despite the fact that the beach is scorching hot.

A fan cools you down despite the fact that the air it blows over you might be warmer than the body’s surface because it essentially stimulates sweat evaporation. So, it all boils down to cooling down more by sweating than you’re warming up from the warm air for an electric fan to be worth using. Naturally, if it becomes too hot the sweating can’t offset the hot air blowing in your face, in which case a fan makes things worse.

In 2015, a study found that young people can still get cool using a fan even at 42ºC (107°F) and up to 50 percent humidity. University of Texas Southwestern Medical Center at Dallas repeated this experiment with nine people between age 60 to 80 years. As part of the experiment, each participant was seated in a room at 42ºC (107°F) where a 16-inch fan was either turned on or off. The humidity was incrementally raised every five minutes from 30 percent to 70 percent.

Heart rates were up to nine beats per minute higher when using the fan and the subjects’ internal body temperatures were three-tenths to four-tenths of a degree higher with the fan turned on. Generally speaking, this isn’t something bad — it’s just that using the fan is pretty much useless if you’re over 60 years old in these conditions. However, if the elder has a history of heart problems, then using a fan during a really hot day might be a bad idea.

“The last thing we want is for people to stop using fans because in more moderate temperatures there’s no question that fans can be beneficial,” said study author Craig Crandall, who is a professor of internal medicine at the University of Texas Southwestern Medical Center at Dallas. “We are only saying that in certain conditions, such as an extreme heat wave, fans may be detrimental.”

“The concern that we have is that if someone were to sit in front of the fan for eight hours a day, we don’t know how high their core temperature [or heart rate] will become,” said Crandall.”If that could cause a temperature to be a degree or a degree and a half higher, that could have detrimental effects,” he noted.

Why does a fan work if you’re young but not necessarily for the elderly? The body becomes less and less efficient at regulating heat once we age. For instance, the blood vessels which are essential to transporting heat become less responsive at old age and older people tend to sweat less.

In this situation, instead of using a fan the researchers recommend air conditioning. If this isn’t an option, applying a wet towel and hydration with cool beverages ought to do the trick or at least make things more bearable.